Archbishop Wenski: Supreme Court decision on aid to religious schools is a blow against anti-Catholicism

Archbishop Wenski: Supreme Court decision on aid to religious schools is a blow against anti-Catholicism 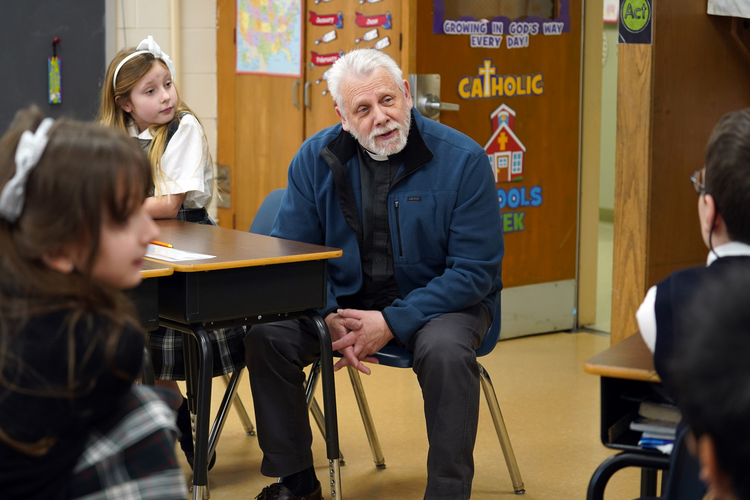 Father Kenneth Zach, pastor of St. Rose of Lima Church in Massapequa, N.Y., chats with third graders on Jan. 28 during his visit to the parish school. In a 5-4 ruling June 30, the Supreme Court said the exclusion of religious schools in Montana's state scholarship aid program violated the federal Constitution. (CNS photo/Gregory A. Shemitz)

Espinoza v. Montana Department of Revenue, the court case decided this week by the U.S. Supreme Court, is a major win for school choice advocates. Citing “Blaine Amendment” language in its state constitution, the state of Montana sought to bar faith-based schools from participating in state tax credit programs—programs that were open to all other schools, public and private. The court’s opinion is of a piece with its decision three years ago in Trinity Lutheran v. Comer, striking down Missouri’s decision to specially exclude religious schools from a playground resurfacing program.

In 1875, Congressman James Blaine, influenced by the anti-immigrant, anti-Catholic “Know Nothing” movement of the time, sought to amend the U.S. Constitution to effectively shut down Catholic schools, which U.S. bishops were then building in great numbers as an alternative to the then-“Protestant” public schools. He almost succeeded, and after the failure to amend the U.S. Constitution, some 38 states, including my own state of Florida, eventually adopted “Blaine amendments,” which ban the use of public funds to support “sectarian” (i.e., Catholic) schools.

Blaine amendments, as the Supreme Court’s opinion acknowledges, were “born of bigotry.”

While it is common to imagine that such hostility has subsided, these “no-aid” requirements restricting the distribution of public funds to religious institutions remain in the constitutions of those states. Montana’s version, struck down here as applied to the state’s tax credit program, was re-adopted in 1970, when 45 of its 61 private schools were Catholic.

Blaine amendments, as the Supreme Court’s opinion acknowledges, were “born of bigotry.” Justice Samuel A. Alito Jr. notes in his concurrence to the Espinoza decision that the Ku Klux Klan were among the most prominent supporters of Blaine’s original, failed amendment.

In his concurrence, Justice Clarence Thomas observes that “manifestations of this ‘trendy disdain for deep religious conviction’ assuredly live on.” He continues: “[T]hey persist in the repeated denigration of those who continue to adhere to traditional moral standards, as well as laws even remotely influenced by such standards, as outmoded at best and bigoted at worst. So long as this hostility remains, fostered by our distorted understanding of the Establishment Clause, free exercise rights will continue to suffer.”

This surviving relic of another age’s anti-Catholicism refuses to recognize the immense public good that our Catholic institutions—hospitals, social service organizations and schools—provide society, and at a considerable saving to the taxpayer.

This surviving relic of another age’s anti-Catholicism refuses to recognize the immense public good that our Catholic institutions—hospitals, social service organizations and schools—provide society.

While the state should not favor some religious groups over others, nor religious persons over nonreligious persons, our Constitution should not require discrimination against religious institutions or persons. Today, Catholics and others who choose to send their children to church-sponsored schools are effectively penalized for exercising their natural rights as parents: They pay twice for the education of their children, first by their taxes to support public schools and then by their non-tax-deductible tuition payments.

This week’s ruling is of special significance to the church’s efforts to serve our poor and marginalized communities. It is no coincidence that the Montana scholarship program at issue in Espinoza specifically aims to provide aid to families facing financial hardship and students with disabilities. Across the country, underserved families rely on school choice programs to help their children get a better education for both the mind and the soul.

As the court observed this week, “Drawing on ‘enduring American tradition,’ we have long recognized the rights of parents to direct ‘the religious upbringing’ of their children. Many parents exercise that right by sending their children to religious schools, a choice protected by the Constitution.”

The court noted that “Montana’s no-aid provision bars religious schools from public benefits solely because of the religious character of the schools.” As the U.S. Conference of Catholic Bishops argued in its amicus brief in this case, “[S]chools that go beyond mere religious affiliation to integrate religion into their secular subjects—and families who use those schools—do so because their religious identity permeates education.” This ruling by the Supreme Court could bring some needed relief to our parents and parishioners who support our Catholic schools to the benefit of our children and to the public good.

Viewed broadly, the court’s ruling affirms the basic and longstanding principle that our government cannot discriminate against religious people or groups simply because they are religious. This ought to be unobjectionable. If the religion clauses of the First Amendment mean anything, surely they mean this.

Show Comments ()
Join the conversation: Login or create an account
Before you can comment, you need to update your profile to include your first and last name, as required in our comments policy. Then reload this page and you'll be set up for commenting. Update your profile
Advertisement
More: Catholic Education / Religious Freedom / Bishops 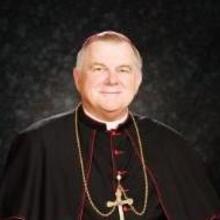 Archbishop Thomas G. Wenski of Miami is the chairman of the U.S. Conference of Catholic Bishops’ Committee for Religious Liberty.