Celiac disease keeps me from the Eucharist. But communion is still possible. 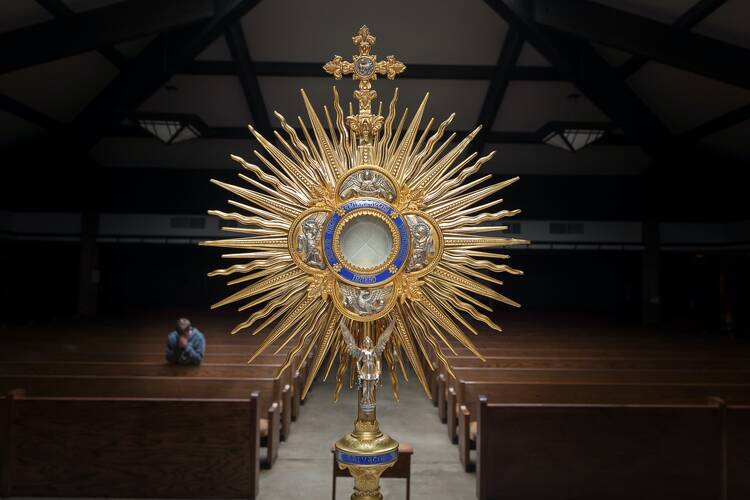 Pizza I could live without. Donuts? That would be tough, but I could manage. Naan bread at Indian restaurants? That is pushing it. But the Eucharist? What happens when a devout Catholic cannot eat the bread of life?

Let’s rewind: I was a happy kid with a loud mouth, a big heart and an even bigger personality. I was proud of who I was, and my satisfaction with my own identity brought an internal peace, flourishing friendships and a strong relationship with God. Loving myself, others and God was easy.

Fast forward to June after my freshman year of high school: Early in the morning, I launched myself out of bed and stumbled blindly and half asleep to the bathroom, retching along the way. This new ritual had started mid-June and showed no sign of stopping as the summer progressed. It was normal to feel like I would vomit or pass out after meals. Random bouts of chills racked my body despite the summer heat. My mom and dad knew something was wrong with me, but they could not pinpoint what. Did someone assault me? Was I keeping something from them? No and no. I just felt sick pretty much all the time, and I didn’t know why.

What happens when a devout Catholic cannot eat the bread of life?

After three months of doctor visits, blood tests, an endoscopy and a colonoscopy, a gastroenterologist diagnosed me with celiac disease, an autoimmune disease that causes my immune system to attack my small intestine when I eat gluten, a protein in wheat, barley and rye. The solution? Eat a strictly gluten-free diet. Easy, I thought. I could do that.

But as time went on, my sickness persisted. Though they became less frequent, periods of nausea sporadically plagued me throughout high school and into college, exhausting me emotionally as I wondered when it would end. What could I possibly have eaten that made me sick? Was I failing to follow the gluten-free diet? Were my stomach and small intestine still healing? Would I ever completely heal?

I remember crying myself to sleep, without my sister knowing, when we shared a room at a weeklong service camp. I did the same without my best friend knowing when we shared a room in Italy on a trip with our high school choir and orchestra. Surrounded by other people, I still felt isolated. My anxiety around food reached an all-time high because I had to face the agony of potentially eating the wrong thing at least three times a day and then waking up the next morning to do it all over again. Slowly but surely, my sickness and anxiety wore me out—a pebble in the shoe that brings mere discomfort for a while but after enough time becomes unbearable. I found myself wishing for a terminal illness, which would at least give me clarity and end the pain. Loving myself got infinitely more difficult and so, it turned out, did loving God.

At some point during my sophomore year, my mom discovered a new parish nearby that had an earlier Sunday Mass than our home parish. One morning I decided to join her instead of going to my usual 5 p.m. Mass, but I feared it might not provide a way for people with celiac disease to receive Communion.

According to the Catholic Church’s liturgical laws, the bread used in the sacrament of holy Communion must contain wheat for it to truly become Christ’s body. (While low-gluten hosts are considered valid, the Vatican reiterated in 2017 in a letter to bishops that “hosts that are completely gluten-free are invalid matter for the celebration of the Eucharist.”) There is no such thing as a completely gluten-free host available for the Catholic Mass. All hosts contain wheat to some degree.

Because of the severity of the disease, celiacs have to avoid not only food or drink that contains gluten but also or food or drink that has been contaminated with gluten. For that reason, the safest option for me when receiving Communion is to drink from a chalice before others who have received the host have done so. My home parish designates a “Celiac Cup” from which those with celiac disease can drink before others do. My high school followed this same approach, as does the Catholic center at my college. If we have enough eucharistic ministers, only those with celiac disease receive from this designated cup. Otherwise, I sit close to a specific station and drink from the cup first.

Much to my delight, sitting in the pews at this new church, I noticed that the eucharistic ministers drank from the priest’s chalice instead of the ones they would bring down to the congregation. I just had to reach one of those chalices first. But the minister on our side of the church ended up standing too far from where I sat; another communicant reached the cup before me, potentially mixing the blood of Christ with the bread that is his body—and the gluten that destroys mine.

I felt rejected by the church. Over and over again. Why didn’t every church offer a form of the Eucharist that was safe for me to eat?

Dismayed and overwhelmed with the frustration that had built up for months, I cried all the way home from Mass, a common occurrence by this point.

During the summer after my junior year of high school, I joined our choir and orchestra on a trip to Italy, one of the most vibrant Catholic centers of the world. While there, I played my French horn at various churches. I participated eagerly at Mass. I listened intently to the prayers in hopes I could chime in for the Italian Our Father and Hail Mary.

But I could not receive Communion. There was no chalice. Some churches in the United States offer a blessing to those who cannot receive the Eucharist, so I processed up with my friends and knelt down on the wooden kneelers in front of the sanctuary with my arms crossed in front of my chest. This, I learned, was not a universal gesture, and the priest kept extending the body of Christ out to me, waiting for me to take it. But with a limited Italian vocabulary, I could not explain my predicament to him. Remembering my Spanish teacher saying that Italian and Spanish are similar, I murmured, “No puedo” (“I can’t”), and walked away humiliated.

I felt rejected by the church. Over and over again. It was a slap in the face, and I couldn’t bring myself to turn the other cheek. Why did the church exclude someone trying to live out her faith? Why didn’t every church offer a form of the Eucharist that was safe for me to eat? The church was supposed to be my safe haven away from suffering, but instead it dug the pebble further into my flesh. I was not only upset with the church; I was angry at it.

After much bitterness, building anxiety and occasional sickness from accidentally eating gluten, I sat in the confessional. It began normally—“Bless me, Father, for I have sinned”—but once I described the hurt and frustration I felt from the church’s rejection, I started to cry and could not stop, tears pouring from my eyes and a different liquid streaming out my nose. My sickness had broken me down to the point of hopelessness.

I cannot eat the bread of life, but I know I will never hunger for God.

The priest listened to me with compassion and then spoke words I had not anticipated: “I would like to offer you Anointing of the Sick.” Here it was, a gift from God: a path to healing. I remember my hands trembling as he anointed them. I thought, “Lord, let my hands be your hands on Earth.” Although the sacrament did not cure me of my illness, it was a salve for my wounds that helped me eventually find grace amid suffering.

It is hard for me to sincerely call my celiac disease a blessing, but I do believe through the grace of God I can identify where I have grown as a result of my struggles. More than before my diagnosis, I empathize with those who have severe food allergies, with those who suffer from crippling anxiety and with those who feel alienated from the church. I have reflected on how an imperfect church does not negate a perfect God. I have shared moments with people in my life who have, at times, also felt like outsiders in their own church. My godmother cannot receive Communion because she married a divorced man. At a family reunion recently, we prayed quietly together as we sat in our pew alone while everyone else processed forward.

Even when I cannot receive physical Communion, I can pray the “Act of Spiritual Communion,” which requests, in part, “Since I cannot at this moment receive You sacramentally, come at least spiritually into my heart.” Thus I still join in “communion,” togetherness, with the rest of God’s children. I cannot eat the bread of life, but I know I will never hunger for God. 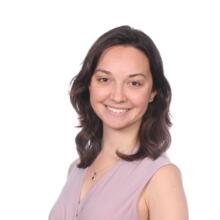 Emma Eder was diagnosed with celiac disease in August 2014. She studies mathematics and philosophy at Northwestern University, where she also serves as a Catholic scholar at Northwestern’s Sheil Catholic Center. This essay is the first-place winner in America’s Generation Faith essay contest.