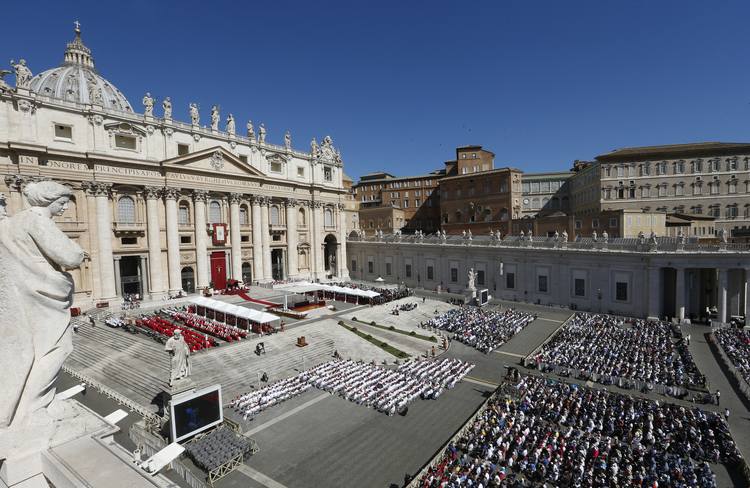 Gianluigi Torzi was being held in the Vatican gendarmes’ police barracks after he was questioned by its chief prosecutors, the Vatican press office said in a statement.

It’s the first arrest in a nearly yearlong investigation into the deal, which has convulsed the Vatican, raised questions about Pope Francis’ seven-year financial reform effort and exposed Machiavellian turf battles at the Holy See.

In a statement, the Vatican noted that the charges of which Torzi stands accused carry a 12-year prison sentence if he’s convicted. The Vatican provided no name or contact information for Torzi's attorney, whom it said accompanied him to the interrogation.

Vatican prosecutors are investigating allegations of corruption in the Secretariat of State’s 2012 purchase of a 150 million euro stake in a luxury residence in London. The Vatican bought the other investors out at the end of 2018, but then realized it had taken on Italian middlemen, including Torzi, who were allegedly fleecing the Holy See of millions of euros in fees, according to officials familiar with the deal.

Torzi was the Vatican's intermediary in the buyout deal and also took strategic decisions for the property, located at 60 Sloan Ave. in London's tony Chelsea neighborhood. The Vatican has two signed contracts entrusting Torzi with enormous authority to manage the project, signed by a Vatican official who is also under investigation.

Torzi has not spoken publicly about his position. But the fact that he is now arrested suggests that the Vatican superior who authorized the contracts, the Vatican deputy secretary of state, will also be called to explain why he authorized handing over so much power and money to him.

The scandal burst into public view when Vatican police raided the Secretariat of State and the Vatican’s financial watchdog agency on Oct. 1. A half-dozen Vatican officials were suspended but none to date has been charged.

The lack of prosecutions among Vatican staff has suggested that the investigation was sparked by fears within the Vatican hierarchy that the watchdog agency was being too aggressive in rooting out financial malfeasance that could have implicated high-ranking Vatican officials.

The watchdog agency, known as the Financial Information Authority, in fact was already investigating Torzi and others at the time of the Vatican raids to see where the money he earned from the fees ended up. The raids promptly torpedoed the agency's own probe, which began after the deal was completed.