How the ascension of Christ made room for the church 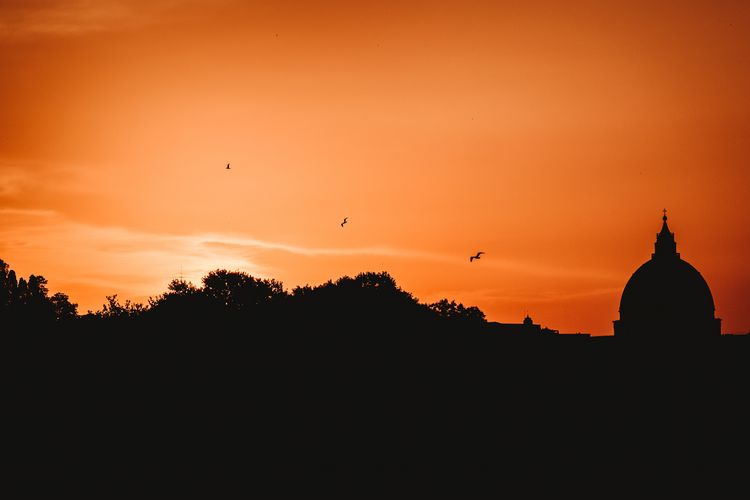 Photo by Markus Lederer on Unsplash

Her diary entry of April 21, 1865, reads: “Hurrah! Old Abe Lincoln has been assassinated! It may be abstractly wrong to be so jubilant, but I just can’t help it. After all the heaviness and gloom of yesterday this blow to our enemies comes like a gleam of light.” Columbia, S.C., the hometown of Emma LeConte, had been devastated by Union forces. She was delighted that the president was shot while attending a play, a setting seen as seedy by many Americans of the time.

In Every Drop of Blood: The Momentous Second Inauguration of Abraham Lincoln (2020), Edward Achorn writes:

Even some Republicans in the North were happy to see Lincoln gone. Indiana congressman George Washington Julian, who had briefly supported [Samuel] Chase’s bid for the 1864 Republican nomination, met on the afternoon of Lincoln’s death with a group of fellow radicals in Washington, including Ohio Senator Benjamin Wade, Michigan senator Zachariah Chandler, Pennsylvania congressman John Covode, U.S. District Court judge David K. Carter and New York Tribune reporter Samuel Wilkinson. “Their hostility towards Lincoln’s policy of conciliation and contempt for his weakness were undisguised; and the universal feeling among radical men here is that his death is a godsend,” Julian wrote in his journal that night.

Death creates a double distance. Obviously, we can no longer see the one who has died. But death also sets life itself at a distance. Only in death do we see a life completed. Individual moments take on a different hue when they are finally part of the whole. The shifting stills. Death demarcates a life. We begin to see its truth, its singularity, all its facets, the flaws and the fineness.

The incarnate Son is seated at the right hand of Father. Yet we insist that we have not been abandoned in his ascension into heaven. Through the gift of the Holy Spirit, Christ remains present to his church. This is quite true, but it is only truly possible because of the real distance the ascension creates.

In his ascension, Christ no longer limits himself in time and space. He is wherever and whenever his church seeks him in the Spirit.

Christ withdraws from earth. During his mortal life and in his resurrection appearances, our Lord was encountered as a singular presence in time and space. Now in the distance created by the ascension, the Holy Spirit enters and reconfigures the relationship of Christ to his church.

In his ascension, Christ no longer limits himself in time and space. He is wherever and whenever his church seeks him in the Spirit. To see the significance of this, try to envision the unreal alternative. We do not journey to Jerusalem or Galilee hoping that the risen Christ will reveal himself to us. Because of the Holy Spirit, Christ is everywhere, especially within us.

We are in a sacramental desert, but we can still perceive the Holy Spirit
Terrance Klein

What Jesus’ ascension can teach us about coping with grief
Jaime L. Waters

In his ascension, the Spirit uses distance to reveal Christ to the church. She can only see her Lord through the grace of distance. Awaiting her consummation, she needs all her members and all her ages to fully ponder who he is, what he means.

Through his preaching and his selection of chosen apostles, Christ conceived the church before he died. Yet only in the resurrection does she draw breath, inhaling the Spirit. The church’s mission is not only to proclaim Christ. It is also to ponder him, to use the distance of his ascension ever more fully to perceive who he is and who is meant to be in him.

Death creates distance. Who today sees the life of Abraham Lincoln as some of his contemporaries did immediately after his assassination? Life on earth must end before we can measure its meaning for eternity. Shakespeare said of patient, pondering love, “It is the star to every wandering bark whose worth’s unknown although his height be taken” (Son 116. 7-8). In the distance created at the ascension, the Spirit continues to reveal the maturing meaning, the worth yet unknown of Christ.