Podcast: Will the Royal Commission’s investigation bring any consequences for Cardinal Pell? 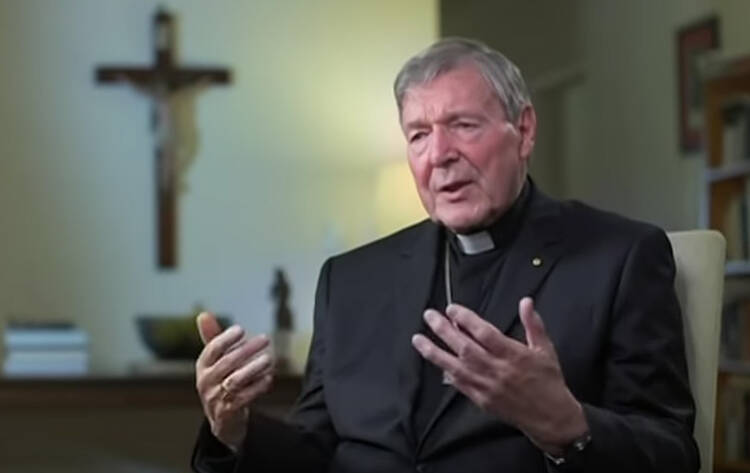 On this week’s episode of the “Inside the Vatican” podcast, Vatican correspondent Gerard O’Connell and I discuss the Australian Royal Commission’s findings that Cardinal George Pell knew about priests abusing children in the Ballarat diocese as early as 1973, a year after he began working in that diocese, and that Cardinal Pell was involved in transferring pedophile priests between parishes.

The commission’s findings were previously released in a redacted form while Cardinal Pell’s trial and appeal process were underway. The Australian High Court overturned a lower court’s conviction of Cardinal Pell on sexual abuse charges in early April. On the podcast, Gerry and I discuss what, if any, consequences may follow the Royal Commission’s findings.

In this episode, we also discuss changes in the Italian church as that country prepares to resume public Masses next week. We detail the sanitation requirements for public liturgies, and Gerry explains why Italian churchgoers may not be keen to go back to Mass quickly.