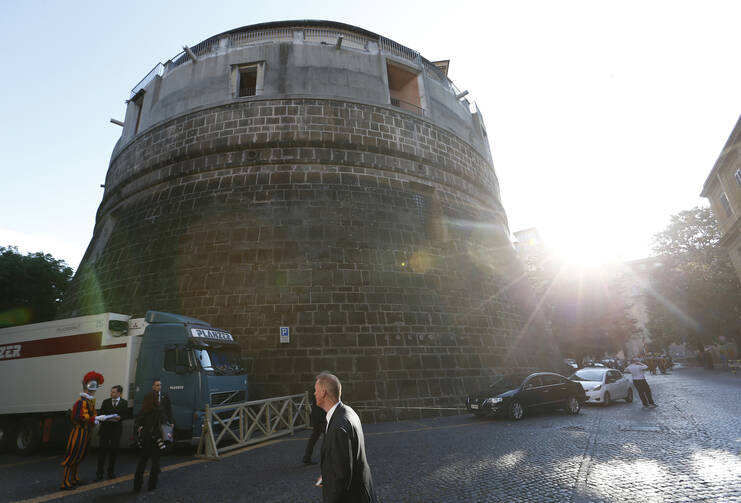 The tower of the Institute for Works of Religion, often referred to as the Vatican bank, is pictured at the Vatican May 6, 2016. (CNS photo/Paul Haring)

Last week, an Italian newspaper reported that Pope Francis had fired five employees who were under investigation for their involvement in the $200 million purchase of minority stake in a luxury apartment development in London’s upscale Chelsea neighborhood.

America’s Vatican correspondent Gerard O’Connell reported this week that the situation of the five employees was more complex than the premature, unjust firings the Italian newspaper had made them out to be.

On this episode of the Inside the Vatican podcast, Gerry and I explain the background of the London deal, what happened to the five employees, and what questions still remain.