Does your workplace support your religious practice? 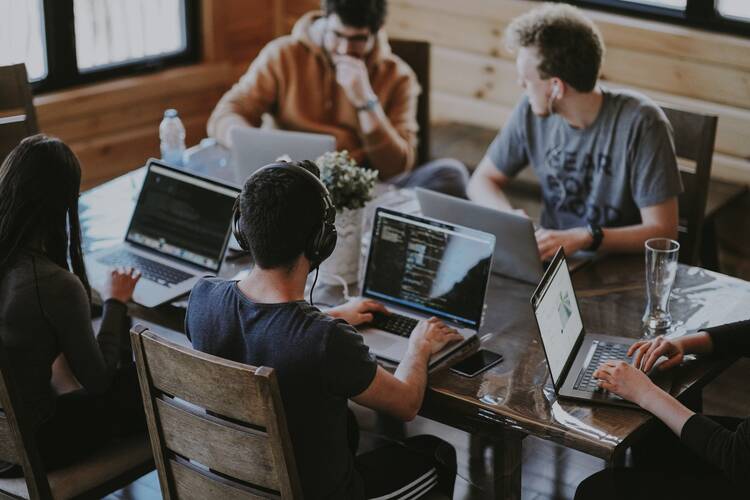 America asked our readers: Does your workplace support your religious practice? How?

I was a public school teacher for 37 years. My junior and senior high students knew that my beliefs informed my opinions. Because I allowed others to express their beliefs, my principals supported my active witness to values and even commended me for that from time to time.

I am now retired; but as an Eastern Orthodox Christian, I never had an issue raised with an icon on my desk, my observing times for prayer or reading Scripture during free time in my daily schedule, as long as I did this privately. We had several Orthodox in my last school, and if we greeted each other with the triple “kiss of peace,” as is our custom on major feasts, this was allowed.

At the office we talk about the saints and celebrate their feast days. For example, our office administrator posted a shamrock on each of the support staff’s bulletin boards. We celebrated Fat Tuesday. For those who didn’t know what it was, it was explained to them. There were conversations among the office staff about the sacrifices we were going to make during Lent. We speak of God’s blessings. We share our spiritual journeys. I pray a lot and often. I find ways to evangelize during conversations with coworkers. I share stories of my childhood that exemplify the faith enriched environment that my parents created.

My workplace hasn’t been explicit on whether we can or can’t practice a religion. I do have a print of Our Lady of Guadalupe on display in my office. No one has told me to take it down—yet.

I am able to schedule my lunch time so I can go to Mass. I am also able to take days off with pay for my annual retreat. It is categorized the same as for those military reserves who are required to put in their two-week annual duty. The other employees know that I go to Mass and often ask me to say a prayer for them when they see me leave.

Letters to the Editor

I resonated with the “Of Many Things” column by Matt Malone S.J., on magnanimity. It reminded me of a variation on the theme in the recent biography of Hubert H. Humphrey by Arnold A. Offner, subtitled The Conscience of the Country. The book is a fine portrayal of this already mostly forgotten politician, whose idealistic (not ideological) values and personal qualities seem quaint in our current era of scorched-earth politics.

The author recounts a story (it could be titled “The Lost Art of Grace in Politics”) about Humphrey’s act of forgiveness just before his death in 1977. He left specific instructions about a person he wanted invited to his lying-in-state ceremony at the Capitol rotunda. He then made a telephone call to Richard Nixon on Christmas Eve—the same opponent who had terribly wronged Humphrey and the electorate of the nation in the campaign with lies and misconduct in order to defeat Humphrey for the presidency in 1968. Shortly thereafter, Humphrey died, and to the dismay and astonishment of the nation’s governing class, who had assembled at the formal Capitol ceremony, Nixon appeared.

As per the instructions, Nixon was given a place of honor and respect. This was his first time back in Washington since his departure in disgrace. Humphrey closed his public life as he had lived it, with class, grace and respect for the office to which he heartily yearned to ascend but never attained, in part because of Nixon’s dirty campaign tricks. Humphrey thus transcended the dark pettiness of his time that is more deeply evident in today’s badly evolved politics.