How can I write for strangers without hurting the people I love?

How can I write for strangers without hurting the people I love? 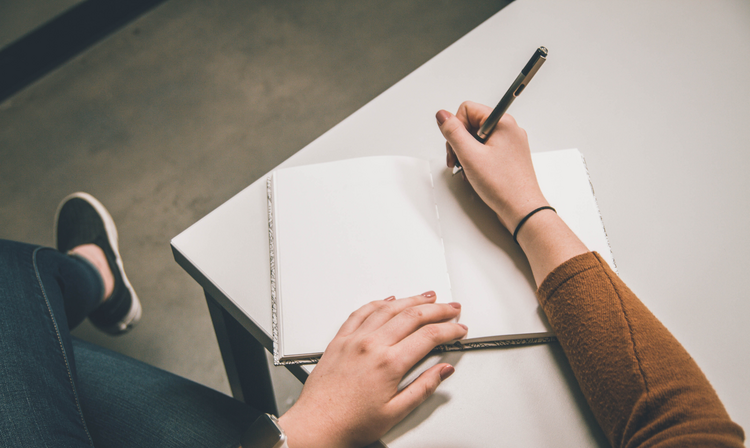 Photo by NeONBRAND on Unsplash

My mother’s reaction to one of the first essays I had published in a major newspaper came like a slap to my face. In retrospect, I should have seen it coming, but in those days, as a rookie freelancer, I was too wrapped up in the long odds of submitting and the joy of acceptance. I had written from the heart and from real life, without thinking how the people I’d written about might react to the exposure, without weighing the real-life repercussions of my parents subscribing to that paper.

At least it was published under your married name, my mother said. At least our friends will not know it is about us. In a few days, that newspaper will be wrapping fish.

I learned after that not to name names. If I wrote about a sensitive topic and referred to family members, I ran it by them first. I changed identifying details to protect privacy. My husband and daughters have been good sports about appearing in print, but over the years, I have asked for their permission to address certain personal topics before publishing.

I had written from the heart and from real life, without thinking how the people I’d written about might react to the exposure.

But sometimes I just hope other folks never come across something appearing in a small unknown journal. Like the short story I once wrote about an abusive babysitter, a teenage miscreant who victimized a little girl. I was afraid it might break my father’s heart to figure out things that had happened on his watch and that I had never revealed. It felt for me a bit like an exorcism when I wrote it, but I never would have shared it with him.

Is such fear justified? Maybe. I definitely fear causing discomfort or hurting the feelings of the people I love.

I wrote last year, for example, about mourning a young mother who died in childbirth. I knew her through my youngest daughter. But did I want to bring this essay to the attention of her grieving husband, now a widower in his 30s, struggling to raise his infant daughter without her mother, without his wife? I had no wish to rehash his loss to his face. I did not post it on social media. My objective in writing about the death of this beloved woman was to sort out the terrible things that happen in this God-created world, and where our loving Creator might be found when unthinkable tragedy strikes. I was writing for strangers, for people who did not know her, but who might have undergone similar experiences of devastating loss, even as I grieved on the periphery of this young mother’s life.

In the book I wrote about my time working in a state prison library, I changed the names and particulars of the men with whom I worked. I am in touch with several of them who have since been released from prison, and I cringe when I imagine them reading about themselves. Conversely, I want to know what they think; I want their corrections and critiques.

But do I really? What if one among them feels I did not do him justice? What if my writing disrespected or belittled him? I wrote honestly, but I wrote for strangers. I wrote to share a glimpse of the reality that incarcerated people, so often vilified or discarded by society, are human beings with gifts and flaws, guilt and remorse, goals and regrets, just like anyone not incarcerated. They are just as deserving of God’s love and their fellow humans’ compassion. So far, strangers have told me they are moved by my book. One former library clerk posted his congrats, which heartened me more than he could know.

In the U.S. bail system, justice is for sale
Valerie Schultz

The first thing writers are taught is to write what you know. Use the details you observe. Mine your experiences. Explore the things that haunt you. Bear witness to your life. But what about the actual people you know? How do you extract and extrapolate from them and still protect them? Fiction writers are sometimes exasperated when readers believe their work must be autobiographical. It isn’t always. Creativity does happen. But most writers walk a fine line between stealing from life and exploiting life.

Everyone writes in different ways and for different reasons, of course. We may write expressly to our loved ones, in letters and text messages. We write stuff no one should ever read, in our diaries and journals. And we often write for strangers when we write for publication. Since we are human, we also need to check our motives for writing. For example, publishing in order to settle a score is never advisable. I realized many years later that my mother thought I was doing exactly that in her hometown paper. I could not articulate at the time that I had been writing for strangers, and that I’d forgotten about my family. The sting of her crack about my work wrapping fish has stayed with me, as was intended. All the same, I would ask her forgiveness now.

Our desire to tell our stories is deeply human. Jesus told us stories because he knew that. We listen to stories in the hope of understanding something new or of identifying with the experiences of others or of being entertained or edified or empowered. We write and read for the same reasons. While we may remain strangers to each other, our shared stories remind us that we belong to each other. I think Jesus knew that holy moment of humanity, too.

Show Comments ()
Comments are automatically closed two weeks after an article's initial publication. See our comments policy for more.
Provide feedback on this article
Join the conversation: Login or create an account
Before you can comment, you need to update your profile to include your first and last name, as required in our comments policy. Then reload this page and you'll be set up for commenting. Update your profile
Advertisement
More: Journalism / Family Life