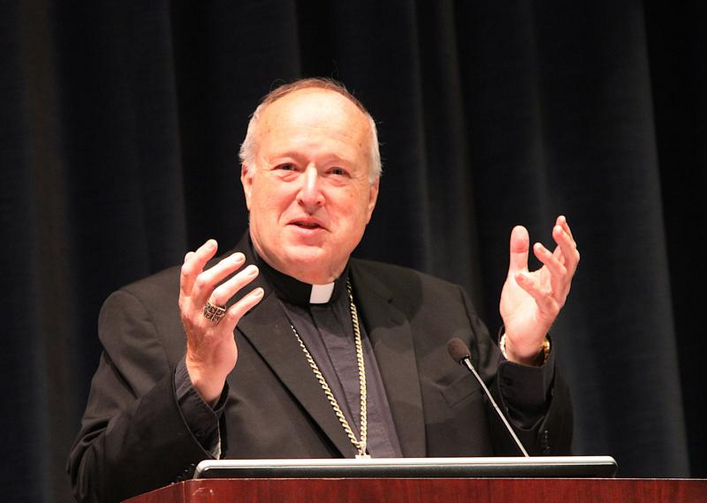 SAN DIEGO (CNS) -- Bishop Robert W. McElroy of San Diego, in a Feb. 6 speech at the University of San Diego, said "the drive to label a single issue preeminent" in the 2020 election "distorts the call to authentic discipleship in voting rather than advancing it."

"The death toll from abortion is more immediate," he said, "but the long-term death toll from unchecked climate change is larger and threatens the very future of humanity."

He added, "There is no mandate in universal Catholic social teaching that gives a categorical priority to either of these issues as uniquely determinative of the common good."

Yet "the designation of either of these issues as the preeminent question in Catholic social teaching at this time in the United States," Bishop McElroy said, "will inevitably be hijacked by partisan forces to propose that Catholics have an overriding duty to vote for candidates that espouse that position. Recent electoral history shows this to be a certainty."

At their fall general meeting in November, when the U.S. bishops approved a series of videos to augment their "Forming Consciences for Faithful Citizens" document, Bishop McElroy voiced his concern over a supplementary letter to their quadrennial guidance for voters that stated abortion is the preeminent teaching of the church. So doing, he argued, would open the door for people to ignore Pope Francis' call to consider other concerns as equally important.

He made the comments during a brief debate over Cardinal Blase J. Cupich of Chicago's proposed amendment to include in the letter a paragraph from Pope Francis' apostolic exhortation "Gaudete et Exultate" ("Rejoice and Be Glad") encompassing the church's concern for the unborn, but also describing as "equally sacred" the lives of the poor and elderly people, human trafficking victims and others who are struggling to survive.

In his Feb. 6 address, "Conscience, Candidates and Discipleship in Voting," Bishop McElroy cited 10 issues he said Catholics should scrutinize. Beyond abortion and the environment, he listed immigration and refugees, euthanasia and assisted suicide, racism, work and workers' rights, poverty and inequality, the promotion of marriage and family, nuclear disarmament, and the protection of religious liberty.

"The comprehensiveness of Catholic social teaching points toward an understanding of justice, life and peace that refuses to be confined to narrow boxes or relegated to partisan categories," Bishop McElroy said. "At the same time, this very comprehensiveness makes the prioritization of Catholic teachings difficult for voters."

He added, "The question of preeminence is further clouded by a third compelling issue our country faces in this election cycle: the culture of exclusion that has grown so dramatically in our nation during the last three years. Racial injustice is on the rise, buttressed by a new language and symbolism that seek to advance the evil of white nationalism and create structures of racial prejudice for a new generation."

"This growing culture of exclusion does not emerge as a specific policy question in our contemporary national politics; rather, it seeps into all of the most salient questions of life and dignity that our society faces and corrodes each one in turn," Bishop McElroy said.

"On virtually every question of human life and dignity, the growing culture of exclusion in our nation reinforces and propels cleavages that are highly destructive to all of the goals that lie at the center of Catholic social teaching. For this reason, many faith-filled Catholics believe that in this election cycle, the most compelling issue that arises from Catholic social teaching for American voters is the need to repudiate radically this culture of exclusion before it spreads further."

But in the end, Bishop McElroy noted, "it is the candidate who is on the ballot, not a specific issue. The faith-filled voter is asked to make the complex judgment: Which candidate will be likely to best advance the common good through his office in the particular political context he will face?"

The bishop's answer: a combination of prudence and conscience.

"In the words of the Catechism of the Catholic Church, 'prudence is the virtue that disposes practical reason to discern our true good in every circumstance and to choose the right means of achieving it. ... It is prudence that immediately guides the judgment of conscience,'" Bishop McElroy said. "In Catholic social teaching, prudence is called 'the charioteer of the virtues.'"

Some Catholic leaders "have asserted that candidates who seek laws opposing intrinsically evil actions automatically have a primary claim to political support in the Catholic conscience," Bishop McElroy said. But "the problem with this approach is that while the criterion of intrinsic evil identifies specific human acts that can never be justified, this criterion is not a measure of the relative gravity of the evil in particular human or political actions."

Among the examples he gave: "Contraception is intrinsically evil in Catholic moral theology, while actions which destroy the environment generally are not. But it is a far greater moral evil for our country to abandon the Paris climate accord than to provide contraceptives in federal health centers."

Bishop McElroy added, "Catholic social teaching cannot be reduced to a deductivist model when it comes to voting to safeguard the life and dignity of the human person."

When voting, he said, "the constellation of substantial moral elements that are relevant to deciding which candidate is most likely to advance the common good during her time in office can only be morally comprehended through the virtue of prudence. There cannot be faith-filled Catholic voting without the virtue of prudence, exercised within the sanctity of well-formed conscience."

Show Comments ()
Comments are automatically closed two weeks after an article's initial publication. See our comments policy for more.
Provide feedback on this article
Join the conversation: Login or create an account
Before you can comment, you need to update your profile to include your first and last name, as required in our comments policy. Then reload this page and you'll be set up for commenting. Update your profile
Advertisement
More: Bishops / US Politics / Election 2020