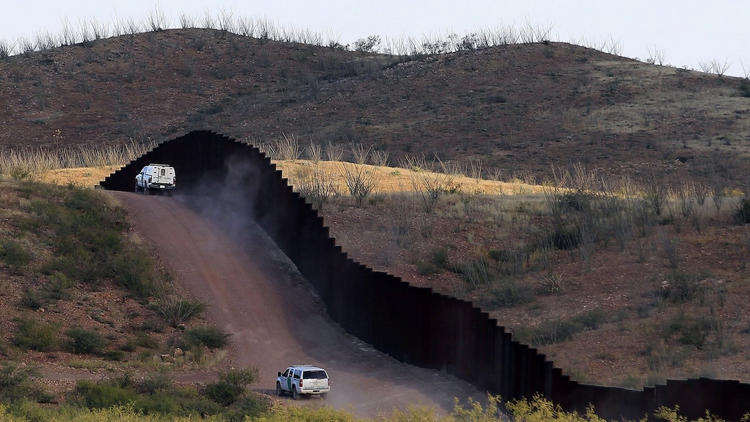 (RNS) — An Arizona federal judge has reversed the convictions of four faith-based volunteers who were fined and put on probation for aiding migrants at the border, saying that the activists were simply exercising their “sincerely held religious beliefs.”

The ruling in United States v. Hoffman, which was announced on Monday (Feb. 3), upended a lower court decision that found the activists guilty of breaking federal law by leaving out water and food for migrants crossing the U.S.-Mexico border in Arizona’s Cabeza Prieta National Wildlife Refuge.

Activists in the case argued they were working with the group No More Deaths/No Más Muertes, an official ministry of the Unitarian Universalist Church of Tucson, and thus were acting on their religious beliefs to save immigrant lives. They contended that prosecuting them violates the 1993 Religious Freedom Restoration Act, which bars the government from placing a “substantial burden” on the free exercise of religion.

The lower court rejected the RFRA argument, but U.S. District Judge Rosemary Márquez ruled that not only are the activists’ beliefs sincerely held — so much so that the “depth, importance and centrality of these beliefs caused Defendants to restructure their lives to engage in this volunteer work” — but also that prosecuting them amounts to a substantial burden on their faith.

“Defendants argue that those actions, taken with the avowed goal of mitigating death and suffering, were sincere exercises of religion and that their prosecution is barred by the Religious Freedom Restoration Act,” Márquez wrote in her decision. “The Court finds that Defendants demonstrated that their prosecution for this conduct substantially burdens their exercise of sincerely held religious beliefs, and that the Government failed to demonstrate that prosecuting Defendants is the least restrictive means of furthering any compelling governmental interest.”

The Editors: Religious liberty is not just for Christians
The Editors

Katherine Franke, a law professor at Columbia University who joined other legal scholars in submitting an amicus brief in the case, called the ruling a “stinging rebuke” of both the lower court decision and the U.S. Department of Justice, which she accused of trivializing the religious freedom claims of the activists.

“For an administration that has made the protection of religious liberty its stated top priority, it is shocking to see how they have mocked the No More Deaths defendants in this case,” she said.

Franke, who also heads up Columbia’s Law, Rights and Religion Project, insisted unlike other rulings, Márquez was simply applying the law neutrally and “not just for religious actors that agree with the White House’s political stances.”

Franke noted the Arizona case is one of at least two high-profile religious liberty cases making their way through the courts that feature progressive, faith-based immigrant rights activists. The other centers on the Rev. Kaji Douša, senior pastor of Park Avenue Christian Church in New York, who is suing the federal government, contending it surveilled and investigated her for doing religious work with immigrants along the U.S.-Mexico border.

The government has sought to dismiss Douša’s case, which alleges that federal officials violated her religious freedom under the U.S. Constitution and RFRA. On Jan. 27, a federal judge in California’s Southern District rejected the government’s attempt to dismiss, allowing the case to move forward with most of Douša’s religious freedom claims intact.

Show Comments ()
Comments are automatically closed two weeks after an article's initial publication. See our comments policy for more.
Provide feedback on this article
Join the conversation: Login or create an account
Before you can comment, you need to update your profile to include your first and last name, as required in our comments policy. Then reload this page and you'll be set up for commenting. Update your profile
Advertisement
More: Immigration / Religious Freedom