Pastor apologizes for words ‘hurtful to Muslims’ in homily on immigration

Pastor apologizes for words ‘hurtful to Muslims’ in homily on immigration 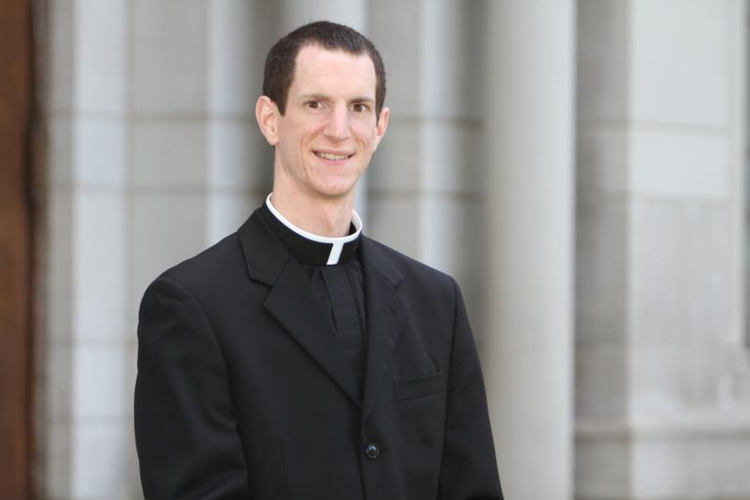 Father Nick VanDenBroeke, pastor of Immaculate Conception in Lonsdale, Minn., is pictured in an undated photo. Father VanDenBroeke apologized Jan. 29, 2020, for words in a Jan. 5 homily on immigration "that were hurtful to Muslims." (CNS photo/Dave Hrbacek, The Catholic Spirit)

ST. PAUL, Minn. (CNS) -- A Minnesota pastor has apologized after remarks he made about Muslim immigration and Islam being "the greatest threat in the world" sparked controversy.

"My homily on immigration contained words that were hurtful to Muslims. I'm sorry for this," said Father Nick VanDenBroeke, pastor of Immaculate Conception in Lonsdale, which is south of the Twin Cities, in the Archdiocese of St. Paul and Minneapolis.

"I realize now that my comments were not fully reflective of the Catholic Church's teaching on Islam," he said in a Jan. 29 statement.

In a homily Father VanDenBroeke gave Jan. 5, the feast of the Epiphany and, in Minnesota, Immigration Sunday, he acknowledged the complexity of immigration as a political issue and that the Bible challenges Catholics to "welcome strangers."

He said that the U.S. should welcome people who are suffering and in need into the country, and noted that the U.S. has reached a 40-year low in the number of refugees it accepts at a time when the displacement of people has never been greater due to war and poverty.

He also spoke in support of a path of citizenship for "dreamers," or young people who were brought into the county illegally as young people, as well as other undocumented immigrants who are already in the country.

"We need to look at the facts that there are a lot of hurting people around the world, and we need to help them," he said in the 15-minute homily. "Our Catholic faith challenges us to say, 'What are we doing to reach out and help?' It's so easy for us to sit back and be comfortable Americans who simply don't care."

Then he said that immigrants' religion and worldview should be taken into consideration when the country decides whom to admit.

"Both as Americans and as Christians, we do not need to pretend that everyone who seeks to enter America should be treated the same," he said. "I believe it's essential to consider the religion and worldview of the immigrants and refugees. More specifically, we should not be allowing large numbers of Muslims asylum or immigration into our country. Islam is the greatest threat in the world, both to Christianity and to America."

Muslims and Christians must unite against hate
Robert George

He continued: "Of course there are peaceful Muslims, absolutely, but the religion as a religion, and an ideology and a worldview, it is contrary to Christ and to America.

"I am not saying we hate Muslims. I am absolutely not saying that. They are people created out of love by God just as each one of us is. But while we certainly do not hate them as people, we must oppose their religion and worldview," the priest said. "And if we want to protect our great country not only as a Christian nation, but also as the land of the free, then we must oppose the immigration of Muslims. That's an example of keeping bad ideas out of the country that we have the right to do as a sovereign nation."

A recording of the homily was posted on Immaculate Conception's website. It drew the attention of City Pages, the Twin Cities' alternative newsweekly, which posted a story to its website Jan. 29. The Minnesota chapter of the Council on American-Islamic Relations called for the Minnesota Catholic Conference to repudiate his comments.

In a Jan. 29 statement, Archbishop Bernard A. Hebda of St. Paul and Minneapolis said he spoke with Father VanDenBroeke about the homily "and he has expressed sorrow for his words and an openness to seeing more clearly the church's position on our relationship with Islam."

"The teaching of the Catholic Church is clear," Archbishop Hebda said, pointing to several sources. "As Pope Benedict XVI noted, 'The Catholic Church, in fidelity to the teachings of the Second Vatican Council, looks with esteem to Muslims, who worship God above all by prayer, almsgiving and fasting, revere Jesus as a prophet while not acknowledging his divinity, and honor Mary, his Virgin Mother.' He called upon the church to persist in esteem for Muslims, who 'worship God who is one, living and subsistent; merciful and almighty, the creator of heaven and earth, who has also spoken to humanity.'"

Show Comments ()
Comments are automatically closed two weeks after an article's initial publication. See our comments policy for more.
Provide feedback on this article
Join the conversation: Login or create an account
Before you can comment, you need to update your profile to include your first and last name, as required in our comments policy. Then reload this page and you'll be set up for commenting. Update your profile
Advertisement
More: Islam / US Church / Interreligious Dialogue