As Christians, how are we called to deal with loss? 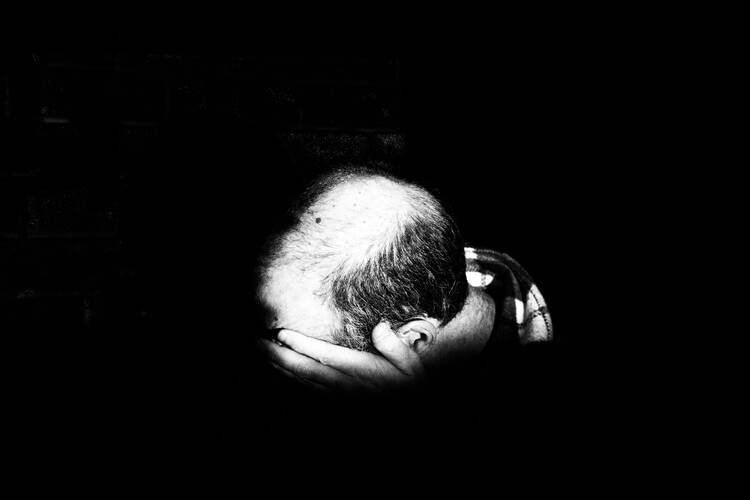 Photo by Sholto Ramsay on Unsplash

There is a poignant scene in Marilynne Robinson’s novel Gilead that I think about a lot. The Rev. John Ames recalls a childhood memory in which sadness and gratitude are intertwined, a paradoxical joy that can emerge in a community that survives something.

The scene is the charred ruins of a church on the plains. A lightning strike to the steeple has ignited the building in the night. Only the pulpit remains, standing in the warm rain as the entire community has come to clean up. “It was like a camp meeting and a picnic,” Ames recalls. As men and boys “clamber over the ruins, searching out Bibles and hymnals,” older women sing hymns. “In those days no grown woman ever let herself be seen with her hair undone, but that day even the grand old women had their hair falling down their backs like schoolgirls. It was so joyful and sad.”

I am still fascinated and humbled at the way people know what to do in the face of loss.

But what most impressed the young John Ames was that in the face of this disaster, the adults knew what to do. When all the singed Bibles and hymn books had been recovered, they made two graves for them, putting the Bibles in one and the hymnals in the other as the minister said a prayer over them. “I was always amazed, watching grownups, at the way they seemed to know what was to be done in any situation, to know the decent thing.”

I think about this a lot because, approaching 50, I know I am supposed to be one of these grown-ups. But I am still awed by that mysterious know-how adults seem to possess, intelligence about what a moment requires of us, what “the decent thing” is. Who could have known to bury the Bibles and hymn books? Whence such visceral, liturgical wisdom? How many churches have burned down? Had any of them ever done this before? Was this a ritual bequeathed to them or an improvisation that looked to the young John Ames like an ancient tradition?

I am still fascinated and humbled at the way people know what to do in the face of loss. At times of death, for example, the machinery of a parish’s collective wisdom whirs to life and surrounds the bereaved. People step into roles that seem natural.

Awkwardness gave way to tears as we repeated to one another, “The body of Christ, given for you.”

Maybe we are all just muddling through, mimicking, pretending to know, improvising on the unconscious inheritance of those who have gone before. What looks like a script inherited from time immemorial may be just a faithful invention in the moment.

A number of years ago one, of my dearest friends was in a serious accident that changed everything for him. An active, athletic man, he was laid up in a hospital bed coming to grips with the fact that he was going to lose a way of life. I didn’t know what to do. I knew, of course, to be present. But I wasn’t sure what to say or how to pray, if I am honest. What is the script for such a situation?

On my way to the hospital, I stopped by the grocery store and bought some crackers and juice. In the hospital room, I pulled the juice and crackers out of the crinkled paper bag, and my friend and I fell into a script we both knew by heart: “On the night he was betrayed, Jesus took bread, and giving thanks, he broke it.” Awkwardness gave way to tears as we repeated to one another, “The body of Christ, given for you.” “The blood of Christ, shed for you.”

Would a child watching this imagine that grown-ups know to stage rogue Eucharists in the face of loss? Perhaps. Maybe only we know that we are making it up as we go. “So be it,” says the narrator in Cormac McCarthy’s The Road. “When you’ve nothing else construct ceremonies out of the air and breathe upon them.”

But even our improvisations draw on what we have inherited, what has been bequeathed to us. Perhaps the reason I think about this episode from Gilead so often is that I am worried about whether we are the grown-ups who know the decent thing. What are we bequeathing to the young who are watching us? 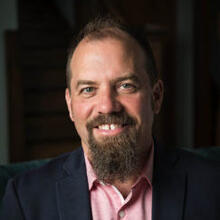 James K. A. Smith teaches philosophy at Calvin University and is the editor in chief of Image journal. His most recent book is On the Road With Saint Augustine: A Real-World Spirituality for Restless Hearts.

@james_ka_smith
Provide feedback on this article
Join the conversation: Login or create an account
Before you can comment, you need to update your profile to include your first and last name, as required in our comments policy. Then reload this page and you'll be set up for commenting. Update your profile
Show Comments ()
Comments are automatically closed two weeks after an article's initial publication. See our comments policy for more.