When we express ourselves, we imitate God

When we express ourselves, we imitate God 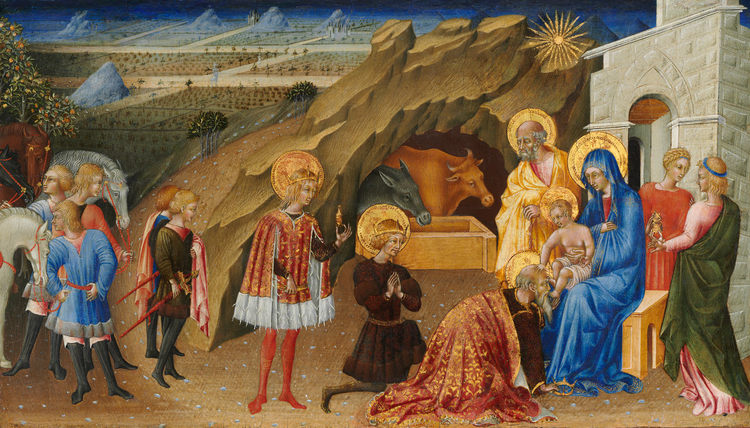 In contrast to older students, who have learned reticence and sometimes need to be coaxed into conversation, the kindergarten kids have an unmitigated desire to express themselves. Obviously they must learn how to be quiet or they will never learn anything. Yet these kids are responding to what might be called a law of our nature, written into us by God.

Moreover, considering the Feast of the Epiphany, they are also reflecting the Holy Trinity itself. How so? “Fish gotta swim; birds gotta fly”; and we gotta express ourselves. We must shine out because we are created in the image of God.

The Holy Trinity made itself known to us when God became a man. In the manger, Christ manifests himself to the Magi and, through them, to the world. The deity declares itself to earth. Jesus reveals himself as the Father’s only Son. From all eternity, the Son is always and forever the self-expression, the shining forth of the Father.

We often talk about being spiritual rather than religious. This cannot mean keeping our relationship with God to ourselves.

Self-expression is the very nature of God. It is also an impress of the Trinity upon us. We go out of ourselves, manifest who we are. And we receive the self-expression, the self-revelation of others. God created us to be both simple and splendid. Conversely, to practice deception is to deny our God-given nature.

We often talk about being spiritual rather than religious. This cannot mean keeping our relationship with God to ourselves. God simply is self-expression, in the epiphany of the Son and in the heart of the Trinity. We were created to express ourselves, to imitate who God is.

We do not speak of loving someone in some corner of our mind. What would unexpressed love even mean?

Fish got to swim, birds got to fly,
I gotta love one man till I die,
Can’t help lovin’ dat man of mine.

We might keep an attraction secret from another, but if loving means wanting the good of the other, it must involve more than a mental act.

Have you ever watched an Orthodox Jew murmuring at the Wailing Wall? Or listened to monks chanting their prayers? Both examples correspond to prayer as it was practiced in the time of Jesus. One addressed the Lord. Mentally communing with God was considered an impoverished form of self-expression. Speaking aloud would have been better and singing best of all because it involves more of ourselves.

We are never more ourselves than when we express ourselves.

We know from ancient sources that people did not read “to themselves.” They pronounced whatever they saw in the text. It is only on the eve of the Reformation—with the rise of what was called Devotio Moderna—that silent thoughts came to be seen as loftier than spoken words. Shakespeare’s thoroughly modern Hamlet avows:

My words fly up,
My thoughts remain below.
Words without thoughts never to heaven go (III.iii.100-103).

It is true that words do not bestow their own meaning. We do need to intend them, in prayer and in conversation. But we are never more ourselves than when we express ourselves.

What all sinners have in common with addicts
Terrance Klein

Priests and religious, who often do not have any choice but to pray the Liturgy of the Hours by themselves, might discover that speaking the words, even softly, is a richer experience than simply reading them. Likewise, a rosary murmured is richer than one offered mentally.

Thinking about God—say in a forest—is fruitful indeed. But it is not what we were commanded to do. Our Lord told us to “do this in memory of me.” The Eucharist is written into our dominical DNA. It manifests God to us and ourselves to God.

Those kids in kindergarten will, no doubt, be taught to temper their talking—by those who mean them well and by those who do not. But for now, they are doing what comes naturally, what is written into their human nature by God. They are expressing themselves.