When Christmas is neither merry nor white 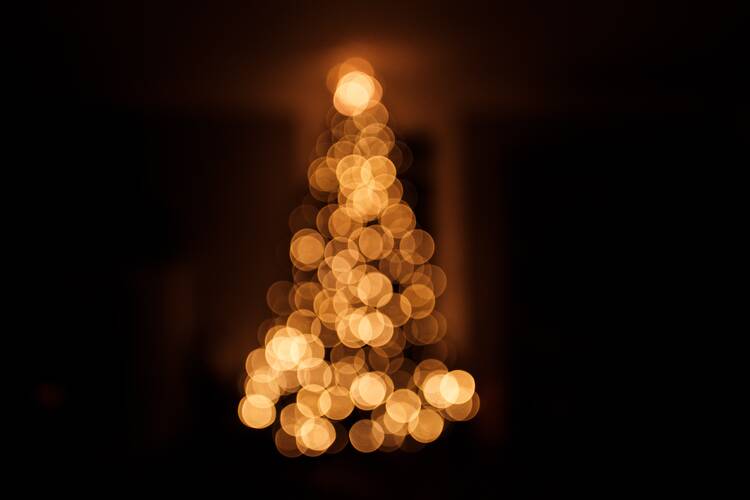 Photo by Osman Rana on Unsplash

Sometimes Christmas is not what it is supposed to be. Neither merry nor white. If the world is full of joy, we cannot see it. Peace eludes earth, and we cannot hear the angels sing.

On Christmas morning 1928 they discovered their infant son, born earlier that December, dead in his crib of what would come to be known as sudden infant death syndrome, or SIDS. Born Ellin Mackay, the infant’s mother was Catholic. The father, Irving Berlin, was a Russian-born Jew, the son of an orthodox cantor.

Like so many other songs that he wrote, the melancholy words and melody of “White Christmas” percolated for some time before Mr. Berlin found a purpose for them: “Holiday Inn,” a movie about “a retired trouper who buys a farm, and when farming doesn’t work out, turns the farm into an inn that open only on holidays.” It would star Paramount’s newest sensation, the crooner Bing Crosby.

The genius of Irving Berlin was to understand that sometimes Christmas is not what it’s supposed to be. It is neither merry nor white.

“Holiday Inn,” which premiered in August of 1942, was a hit but as for the score’s centerpiece, the tune in which Berlin had invested so much hope, the collective silence was deafening. The New York Time’s review mentioned “White Christmas” only in passing, calling it “tender”; the Herald Tribune called it “tuneful”; and Variety failed to mention it at all.

In Irving Berlin: New York Genius (2019), biographer James Kaplan notes that Mr. Crosby’s Decca recording of the song entered the Lucky Strike Hit Parade in the spring of 1942 at number 10 but stalled at two. Then, quite unexpectedly,

“White Christmas,” which Berlin had deliberately chosen not to promote at the outset, preferring to wait until the commencement of the holiday season (in those sweetly innocent times, after Thanksgiving), started to sell like crazy, on record and in sheet music. In August. By mid-September, “our number one song without any plugs.” By the first week of October it stood at the top of the Hit Parade, and—with recordings by the Freddy Martin Orchestra and Dinah Shore joining Crosby’s—Billboard proclaimed “White Christmas” “one of the most phenomenal hits in the history of the music business.”

Why did “White Christmas” smash the charts? And in the summer of 1942? Because America had been plunged into war the previous December. Her prospects on the battlefield were grim. That summer thousands of young Americans found themselves half a globe away from home, facing a Christmas that most likely would not be merry and quite certainly would not be white. The song spoke to the G.I.’s and to their families at home.

The Christ Child of the Gospels was born into our darkness, into the poverty of our hearts and into the vulnerability of our families.

Mr. Kaplan asks, What makes “White Christmas” so great and so strange? Dozens of writers have poured thousands of words into analyzing the bridgeless 54-word chorus of this seemingly simple tune. “People read a lot of things into that song,” Berlin himself said, “that I didn’t put there.”

We make Christmas into something it is not and wonder why it disappoints.

We figure that there must be something wrong with us. Maybe we do not deserve a merry Christmas. We are tempted to write the day off as a delusion, the story of Christ being no surer than that of Santa.

It is true that Christmas, “just like the ones I used to know,” is subject to chance. Death, depression or the countless demands of life may reduce these days to a dark, dreary dream.

Yet for eyes of faith—and for those willing to pray for such vision—this is not what matters. The Christ Child of the Gospels was born into our darkness, into the poverty of our hearts and into the vulnerability of our families.

As St. Luke stresses, unlike the mighty Caesar Augustus, Jesus will have no armies, no wealth and no earthly power. Only heavenly hosts and shepherds, from life’s periphery, will ponder his birth. St. Mathew, with the slaughter of the innocents, reminds us that the bloodthirsty have already marked this boy for death.

We make Christmas into something it is not and wonder why it disappoints. “Dreams are toys,” and we are always ready to pack them away for another year, maybe merry, maybe white. Christmas is not a dream. Christ was born mid our night, and “the people who walked in darkness have seen a great light” (Is 9:1).