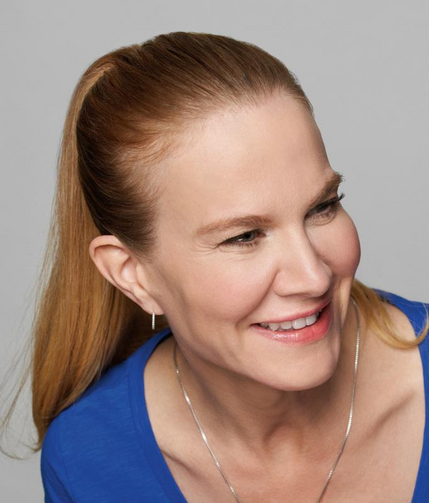 WASHINGTON (CNS) -- Jeannie Gaffigan, comedy writer and producer and recent author of "When Life Gives You Pears: The Healing Power of Family, Faith and Funny People," has something else on her plate: youth ministry.

The mother of five and wife of comedian Jim Gaffigan said she has a charism and a vocation to work with post-confirmation teens because she has seen a gap where the church is not doing much for its young people once they have received the sacrament of confirmation.

Gaffigan said her own kids are approaching this age, and she feels like she has a mission to "help manage and create scaffolding" for this age group who face a world tempting them with "things that are not ultimately going to serve what God made them to be."

She thinks the questions before these young people should be: "Why did we get all the sacraments? Do we understand that Jesus loves us and forgives us and what are we doing to live out the beatitudes in our teenage lives?"

That answer, she said, isn't found in just "going to Bible study and playing the guitar and singing about Jesus -- it's actually putting our faith into works."

That's where the group she is involved with at her church, the Basilica of Old St. Patrick's Cathedral in New York, comes into focus.

She said she and others started a group called the Warriors, which is a teen outreach service group. The teens plan and run their service projects which include: holding coat, diaper and food drives, making sandwiches for the homeless and fixing gardens in disrepair. They also play basketball together and take on responsibilities at Sunday Mass.

Gaffigan and others also started a broader group called Imagine Society that is aimed at empowering youth in the city similarly through outreach efforts.

She said when she was recovering from surgery that removed a pear-sized tumor from her brain two years ago, she thought long and hard about what she was doing to help the next generation.

"In my parish and in other parishes," Gaffigan said, "we are really trying to find a way to listen to kids" and understand what their experience of God is -- his mercy, forgiveness and gifts -- and how those gifts can be used to be lights to the world.

She said this ministry takes up time, but it is meaningful, so it is a priority for her above a lot of other things that she could say yes to.

She said frequently the teenagers involved in these service projects might not want to go to the soup kitchen, or wherever they are serving, but when they are there, "the joy they feel and the empowerment they feel by helping other people takes out all their angst and anxiety and depression."

Gaffigan, who makes a living being funny, points out that so many kids today are in treatment for depression. As she sees it, one of the best treatments for depression is serving other people.

"You think about it: looking at someone with eyes of compassion, someone desperate for help, what a gift from God that we have the opportunity to help other people," she told Catholic News Service Nov. 14, in between volunteer work at her son's school.

Gaffigan, who co-wrote her husband's books: "Food: A Love Story" and "Dad Is Fat" prior to writing her own book that was released this October, doesn't see another book on the distant horizon especially with keeping up with her own kids and her work with parish and community youths.

Is she always looking for something funny? That goes without saying, really, especially because humor for both her and Jim, she said, is something they honed growing up in big families. It also is a tool they continually rely on to cope with big and small challenges in their lives.

She said with various youth service projects going on, she kept getting text messages on a recent evening while Jim was trying to write, and he said he couldn't be funny "with that phone dinging."

But that might have only been true for a few minutes. She said they find ways to see humor always and write it down or talk about it.

Show Comments ()
Comments are automatically closed two weeks after an article's initial publication. See our comments policy for more.
Provide feedback on this article
Join the conversation: Login or create an account
Before you can comment, you need to update your profile to include your first and last name, as required in our comments policy. Then reload this page and you'll be set up for commenting. Update your profile
Advertisement
More: Sacraments / Youth