Breaking Bread on the Road

Breaking Bread on the Road 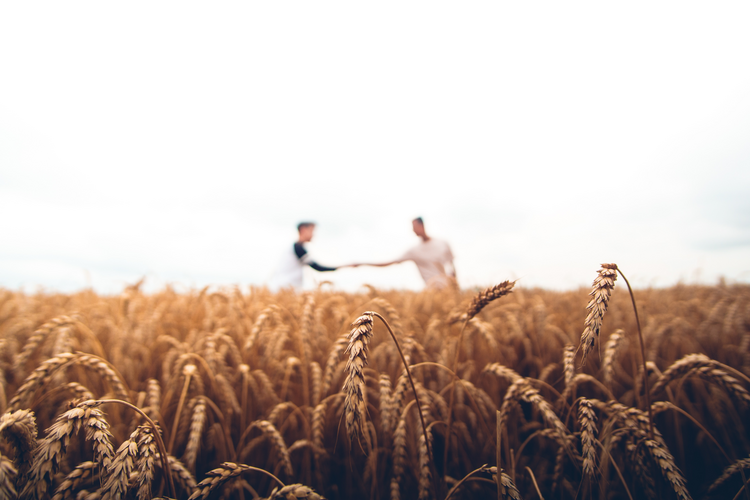 Photo by Warren Wong on Unsplash

In Kansas we say: “If you don’t like the weather, just be patient. It will change soon enough.” Of course, weather changes everywhere, though perhaps not as quickly or as radically as the cold and warm fronts that sweep across the prairies. Truth is, most everything changes, even in the most unchanging parts of life.

I was charged to preach the Gospel when I ordained a deacon 36 years ago in St. Peter’s Basilica. Some of my critics would, no doubt, insist that nothing has changed in those decades of homilies. But here is something undeniably new.

This weekend I am preaching in two parishes that are both currently without a pastor—two of four such parishes in the Diocese of Dodge City. They have been without pastors since July. The priests who are scheduled to come to the United States have been delayed by a radically slowed process of granting visas.

In Kansas we say: “If you don’t like the weather, just be patient. It will change soon enough.”

The first church, Saint Joseph, is in Clark County, on the Oklahoma border. Because of the terrain, ranching is more common here than farming. That balance is reversed in Comanche County, just to the east, which is where you will find the town of Coldwater and Holy Spirit—what our diocese calls a “quasi-parish.” According to the diocesan census, there are 70 households in St. Joseph and 17 in Holy Spirit. Each is the only Catholic Church in its county.

Our bishop feels that he has asked as much as he can from our retired priests. He has himself traveled to these parishes many times while they have been without a pastor to celebrate Eucharist with them. Now he is asking all of the parishes of our diocese to send their own priests on a rotating basis to those places without a pastor.

This weekend, at a distance of 127 miles, my parishes of St. Joseph in Ellinwood and Immaculate Conception in Claflin are experiencing “Sunday celebrations in the absence of a priest.” This, in a county that once claimed half of the diocese’s Catholic population and could count 11 parishes. But this weekend lay leaders are—really rather bravely—reading this homily to them and presiding over the service.

Our bishop wants us to understand that we belong to each other. Church is the people in the pew with you and the folks just down the road.

Some of those who read my words online might want to suggest that ordaining married men and women to the priesthood would solve this problem. I would only point out that scores of Protestant churches, which do ordain married and women clergy, are closing all across rural areas of America. Broadening access to ordination has not sent Protestant clergy rushing to serve poor and rural congregations. And if you are a minister raising a family, this is understandable.

Our bishop wants everyone in our diocese to see, in a rather pronounced way, our need for vocations to the priesthood. Our seminarian numbers are blessedly up, but we are enduring several seasons without an ordination. He also wants us to understand that we belong to each other. Church is the people in the pew with you and the folks just down the road.

A historical, albeit converse, precedent comes to mind. Just before the priest holds up the host and chalice, proclaiming, “Behold the Lamb of God,” have you ever noticed that he breaks off a small piece from his host and places it in the chalice? This is an inheritance from the church of Rome. Its original purpose is largely forgotten.

Think of sharing our priests as a very visible way of “staying together” while some of our rural churches contract.

After the Peace of Constantine, the number of Christians grew rapidly in the Roman metropolitan area. New churches needed to be established in suburban Rome. It was no longer possible for the entire church of Rome to gather with their pastor for one Sunday celebration of the Eucharist.

Followers of Christ are made to fly
Terrance Klein

To keep alive this powerful sense of unity, acolytes attending the bishop of Rome at his celebration of the Eucharist would receive a piece of the host from his altar and run it out to the suburban congregations where it would be commingled with their own Eucharists. The church thus found a visible, albeit symbolic, way to “stay together” even as it was growing rapidly.

In his massive classic, The Mass of the Roman Rite, the liturgical scholar Joseph Jungmann wrote:

This particle was called the fermentum. The priests dropped it into the chalice at this part of the Mass. The practice is ancient indeed. It answered to that awareness, so keen in the ancient Church, that the Eucharist was the sacramentum unitatis, that this Sacrament held the Church together, and that all the people of God subject to a bishop should, if it were possible, be gathered around that bishop’s altar and receive the Sacrament from his table of sacrifice.

There is nothing to fear. Moses found a way to keep his arms aloft. The Lord hears the prayers of the persistent. The future is bright. We Kansans know that the seasons change and that the weather never waits upon the season. Tomorrow is a new day, a new opportunity to grow. And for today, we have each other. We can share.

it would be so much simpler to let the local lay people run their own parishes and liturgies, with married men and women leading the way. This exceptionalism about priests is so irrelevant in the 21st century. The RCC business model is way outdated and doomed to failure.

As long ago as July, Oh, my goodness!

Before my first retirement, I lived in the capital city of my State and had 7 parishes in the diocese which offered various daily Mass enabling me to be a daily Communicant for many years.

For the last 11 years I have lived in an outback little town with no Catholic Church and attended the Sunday Eucharist on Saturday morning in a nearby town twice a month, one celebrated by our titular parish priest, born in El Salvador, domiciled nearly 90 kilometres east of us and one by a disabled priest from even further away with Holy Communion services on the alternate weeks.

Very few vocations, many innocents slaughtered - any chance there is a connection?

Craig B. Mckee
7 months 3 weeks ago

This article fails to address the pastoral needs involving the other five sacraments inherent to a healthy parish's life. Such naivete masquerading as the sacramental optimism expressed herein reminded me of a quatrain by Dorothy Parker, with one slight change:

“Oh, life is a glorious cycle of song,
a medley of extemporanea,
And CHURCH is a thing that can never go wrong,
and I am Marie of Romania.”

When are those in charge gonna re-read and understand the final words of the Code of Canon Law: "CURA ANIMARUM LEX SUPREMA EST?" (The care of souls is the ultimate law!)

I served in the United Methodist Church in the same part of Kansas where Fr. Klein serves for several years. We had increasingly small congregations in rural areas. They could not afford (at least they maintained they couldn't) to pay ordained seminary graduates, the equivalent of priests. Instead they were served by "local pastors", laypersons beginning their seminary studies and licensed by the bishop to perform limited functions. The alternative would have been to close most of the small churches and tell the people they needed to drive 30 or 40 miles to the county seat, where an ordained pastor could preside at the sacraments. Neither way is perfect. But rural American churches all face the same issues. (It was curious that small town folks would routinely drive 30 or 40 miles to WalMart, doctors etc. without a whimper but considered it outrageous that they might have to do this for worship.)