In another journey to Africa, Pope Francis brings hope to the periphery

In another journey to Africa, Pope Francis brings hope to the periphery 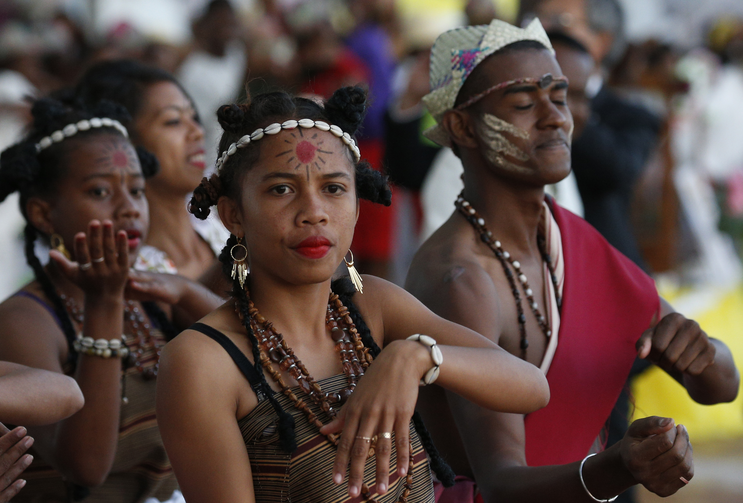 On his fourth journey to Africa in September, Pope Francis visited Mozambique and Madagascar—two of the world’s poorest countries—and Mauritius, a tourist resort and tax haven threatened by rising sea levels. He was given a warm welcome by government authorities, the church and the people in each of these nations on the “periphery” of the universal church.

Everywhere large crowds turned out to cheer him and receive his blessing. Francis took five planes and travelled 12,000 miles on this physically demanding journey, but he is in good health, draws energy from crowds and clearly enjoyed every moment. He likes Africa and rejoiced at its young population—50 percent are under 18 in Mozambique and Madagascar—declaring them “the future of society and of the church.”

He flew into Maputo, the capital of Mozambique, “to sow the seeds of hope, peace and reconciliation” among its 30 million people. Since independence in 1975, the people of Mozambique have suffered greatly from a civil war (1977 to 1992), a resurgence of conflict between 2013 and 2018, and two devastating cyclones this year.

In all three countries, Pope Francis pleaded for protection of the environment. Mining by foreign companies to extract precious minerals has been a major problem in Madagascar and Mozambique. In Madagascar, deforestation is especially a threat.

Francis came to support a new peace accord signed in August, declaring it “a triumph for the country.” He knows that if peace endures, there is a better chance of greatly reducing poverty. Mozambique is rich in mineral and natural gas resources. The pope appealed to both government and rebel opposition leaders to work together for the common good. He called on Catholics to accompany the peace process and encouraged young people from different religious backgrounds to develop “social friendships” and build a peaceful future.

The eradication of poverty was at the heart of his message in Madagascar, the world’s fourth largest island and an eco-hotspot, renowned for its multiethnic, multicultural and multireligious population of 27 million people. Poverty is widespread here, and the pope could see evidence of it everywhere.

He received an ecstatic welcome from thousands of young people when he visited Akamasoa, “the city of friends,” an impressive project started by a former theology student of his in Buenos Aires, the Rev. Pedro Okape, that enabled him to declare, “Poverty is not inevitable.” The country’s young president, Andry Rajoelina, a committed Catholic, has sworn to work to eliminate poverty. Francis considers him a sign of hope and showed great friendliness.

In all three countries, Pope Francis pleaded for protection of the environment. Mining by foreign companies to extract precious minerals has been a major problem in Madagascar and Mozambique. In Madagascar, deforestation is especially a threat. Francis called on all three governments to eliminate corruption, which in Mozambique and Madagascar is often due to foreigners’ bribing officials for access to the country’s resources.

Francis was given an enthusiastic welcome in Mauritius. Many here fear their island may be obliterated if sea levels rise because of global warming. They hailed his leadership in combating climate change.

Francis inspired hope when he preached a joyful Gospel message based on the Sermon on the Mount to bishops, priests, consecrated persons and the 1.4 million Catholics who attended his three open-air Masses. His very presence strengthened their faith, many said.

When he arrived in Port Louis, Mauritius, to celebrate Mass—some 400 years after the Jesuits did so for the first time on the island—over 100,000 islanders waved sugar-cane palms and moved rhythmically as they sang with gusto the Creole song: “Un soleil se lève sur notre église” (“A sun rises on our church”).

For them, he was just that.

He is a message and he has a message. People flock to see him. Long live Francis.

This article also appeared in print, under the headline “In another journey to Africa, Pope Francis brings hope to the periphery,” in the September 30, 2019, issue.

1
Storms and the cross remind us: We are not in control
Terrance Klein
2
Your guide to social justice films on Netflix, Amazon and Hulu
America Staff
3
Lebanon’s Catholic leaders are asking for help. Here’s where you can donate.
Catholic News Service
4
Want a good job? Major in philosophy.
Kristina Grob
5
Pope Francis appoints 6 women (and a U.S. cardinal) to Vatican economic council
Gerard O’Connell