What my mother’s sudden death taught me about fear 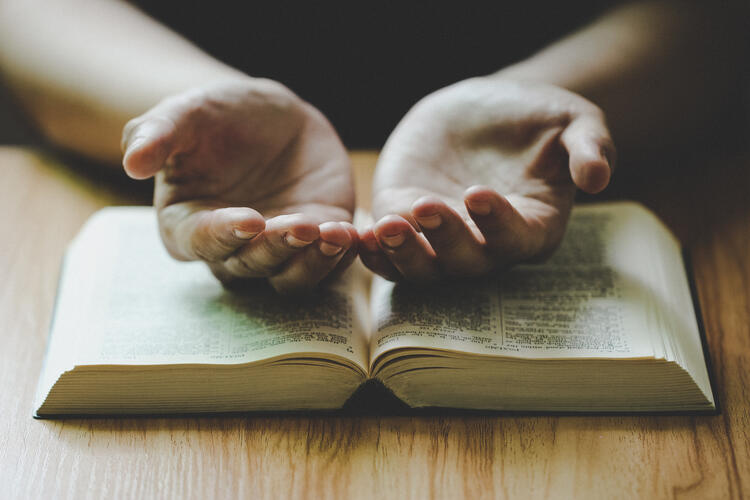 Tuesday was my day off. I wasted most of it by sleeping, cleaning out our fridge and filling it up with the new salad dressing I spent way too long picking out at the grocery store. Around midnight, I called the day a wash. At 1:30 a.m. I resolved that sleep was not going to happen, so I picked up my phone and started going through some old standbys on YouTube and landed on some mindless but uplifting N.H.L. bloopers. I had no way of knowing how the rest of the night would unfold.

I put the phone down around 2 a.m., deciding to try to sleep again. As soon as I did, it lit up: a phone call from Norway. I do not know anyone in Norway. I let it go, embittered about the growing number of spam calls I had been getting lately. The phone rang again less than 30 seconds later. I let it go for a second time, thinking it was the same number. It was not.

It was my father, speaking through tears: “Mom is dead.”

I complained for about a minute about how I knew this would happen, how she wasn’t taking care of herself, how she needed to see a doctor; I was talking about her as if she still could still do all of those things.

I frantically tried to text her to apologize for not calling in the last few days—as if there were some grace period where the dead could still hear us.

My father and I said goodbye, and I laid my phone down on my chest. I did not cry. I did not scream. I picked the phone up again and frantically tried to text her to apologize for not calling in the last few days—as if there were some grace period where the dead could still hear us. It took two full sentences of text to realize the absurdity of what I was doing. I put the phone down.

And then I trembled. Uncontrollably. My body was thrashing around so much that I nearly fell off the mattress. My breath was getting away from me. I tried to look at a single spot on the ceiling to concentrate. I thought for a moment I might see an angel swoop down to console me. Or to take me, too.

This shaking lasted for more than 10 minutes.

I hear that shock is experienced differently by different people. If that is what this was, the trembling is what I remember most. In the moment, I recalled St. Paul’s words: “Continue to work out your salvation with fear and trembling” (Phil 12:2).

In the painful weeks since my mom died unexpectedly, I have learned that grief and fear are not too far apart.

In the painful weeks since my mom died unexpectedly, I have learned that grief and fear are not too far apart. Both emerge from the feeling of being ungrounded. Death makes you realize how much the deceased was an integral part of your identity, an identity that is now being lost or at least transformed. Through whatever difficulties we had, my mother grounded my reality for 33 years. I know myself to be loved by God, but I have never felt that love more palpably than from the arms and the tender words of my mother.

She was the one who sat and cried with me through years of struggle with mental illness—a faithful companion through each hospital visit, each desperate night. She reminded me of my gifts and potential in the midst of heartbreaks and disappointments. She rejoiced with me when I found my vocation in the Paulist Fathers and rejoiced even more on the day of my ordination in 2017. It was hard for her to know I would always live far from home and hard for me to feel like I had left her behind, but her pride and her love for me freed me to live the life God had invited me to.

Fear and trembling have helped me work out my immediate salvation, in a sad way. I presided at my mother’s funeral Mass and almost made it through without breaking down. When I reached the final prayer of commendation and had to pray the words, “help us who remain,” the fear and trembling came back.

I began the process of assuming this new identity—from one who loved my mother and was beloved by her to one who remained when her love was gone. I trembled. Without this moment, I would not have been saved; I would have only been detached.

In the weeks that have followed, the same feeling hits me from time to time. I eagerly await its lessening intensity and frequency. But I receive it now as something I must feel if I am going to continue to live the life and vocation God has called me to. In pastoral ministry, ignoring my own emotions and how they may interact with the joys and pains of another is not an option.

Fear and trembling are part of the adjustment period to this new version of life. When I can excuse myself and step into the privacy of my office, it is oftentimes a welcome respite from the feigned normalcy every grieving person projects to the world in a bid to relieve others of the burden of our sorrow. It is the comfort of sitting with reality, even if that reality is awful.

Fear and trembling I can live with. It may even be saving me. It is death I could live without. 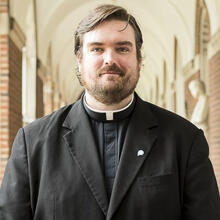 Stuart Wilson-Smith, C.S.P., is the associate pastor at Old St. Mary’s Church in Chicago and a songwriter. He recently released an album, “It's Not Just You It's Everybody.”

Thank you for this beautiful and honest reflection on love and loss. As we grow, the fear, faith, sorrow, and joy endure within us. The work is to allow faith and joy to define us. That’s how love wins. Sending you love and peace at this time of sorrow.

I'm so sorry for your loss Stuart. No one on this side of eternity will ever love us as much as our mothers. It's probably the holiest thing in human experience. I know it's not consoling right now (nothing is consoling right now), but you will see her again. Death is a tremendous human burden, but it's an illusion in the context of eternity, but you already know that. God Bless.

This is a blessing. I know Stuart Wilson Smith from when he was a seminarian at the Paulist Center in Boston where I often attend mass. I did not know that his mother passed away recently so I truly feel for him. He was always a fairly quiet man when he was in Boston but he had a sweetness to him. I did not know that he had fought mental illness in his youth but it is good to hear him speak of it openly. That dialogue really needs to become less taboo in the U.S.

Fr. Stuart, if you are reading these comments, please know that my heart goes out to you and that you and your dad and family are in my prayers. What helps me to contend with death is the realization that no one, no Christian experiences death but only new life, and that is literally true even when we cannot feel it. Fundamentalist would say to me, since I have been a member in non-denominational pentecostal fellowships, in my past, how can you pray to saints? how is that not idolatry? I say to them it is because devotion to a saint isn't praying for the saint to change anything themselves but more like asking a friend to pray alongside you, for what you seek from God, so you are not praying by yourself when you feel you need extra strength in prayer because you are upset, etc. I ask them don't you pray with your friends in this fellowship, to God, for things you need or hope for? Don't you also believe in the eternal life Jesus promised to all believers? So, if those you love have passed from this life but are still equally alive as you are, why is it wrong to still pray together with them to God? I have had incredible visions from this type of prayer where I have actually had the person, or saint, visually appear (in my mind's eye - I know no one else can see them) kneeling beside me, or sitting with me quietly, and at times with their hand upon mine during this kind of prayer. At first, these visions stunned me but now they comfort me. Christians live! That is all we can do since Jesus conquered death and Praise be to God All Mighty for that!