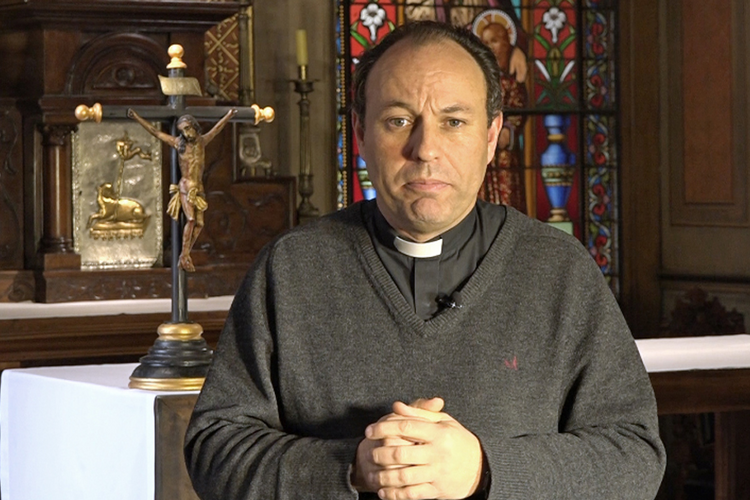 The Rev. Carlos Eugenio Irarrázaval Errázuriz. Courtesy of the Archdiocese of Santiago, Chile

Earlier this month Pope Francis accepted the renunciation of the Rev. Carlos Eugenio Irarrázaval Errázuriz as an auxiliary bishop of the Archdiocese of Santiago, Chile. The pope had appointed him to that post on May 22, together with another auxiliary bishop, but he had not yet been ordained bishop.

The news was broken in a statement to the press on June 14 from the archdiocese’s communications office in the Chilean capital. “The decision was the fruit of a joint dialogue and discernment, in which Pope Francis valued the spirit of faith and humility of the priest, in favor of the unity and good of the pilgrim church in Chile,” the statement said.

The renunciation did not come as a total surprise given the controversy that erupted in Chile following the priest’s controversial statements after his nomination.

His renunciation did not come as a total surprise given the controversy that erupted in Chile following the priest’s controversial statements after his nomination. The day after his appointment, in an interview with El Mercurio, he suggested that the church needed to look to the future and put the crisis of the abuse of minors by clergy behind it, using a local expression that “stirring reheated rice is worthless.”

Later, in a television interview with CNN Chile, asked if he could see a greater role for women in the church, he said that since there were no woman sitting at the table during the Last Supper, then “women had no role in the church.” He said this was a choice by Jesus and “not for ideological reasons.”

He recalled moreover that “even today Jewish culture is chauvinistic. If you see a Jew walking down the street, the woman goes 10 steps behind him, but Jesus Christ breaks this dynamic by speaking to the woman caught in adultery, the Samaritan woman, and he chose to announce his resurrection to Mary Magdalene, a woman.”

Later he apologized for his insensitive comments, saying he was “committed” to working in a synodal way, knowing that “women and men are all builders, with the richness of our differences,” so that the church can become “more welcoming and inclusive.”

Pope Francis’ decision to accept the renunciation of a bishop-elect has a precedent under Pope Benedict XVI, who accepted the resignation of the Rev. Gerhard Maria Wagner, whom he had appointed in February 2009 as auxiliary bishop of Linz, Austria. Father Wagner had said during an interview that God had castigated New Orleans with Hurricane Katrina.

he is almost laughable! question: aren't these candidates vetted before hand? i should most certainly think / hope that they would be vetted beforehand. this is not the first or second time that this kind of lack of attention by ''someone'' has happened. we have enough 'crises' without going out of our way to create others- (that should not end up as 'world wide crisis.' (asleep at the switch anyone?????))

Father Errázuriz substitutes The Last Supper painting by Leonardo da Vinci for historical reality. The fact is the Jewish community celebrates Passover with their family all gathered together at the table. It would have been a repudiation of Jewish tradition and practice for Jesus and the Apostles not to celebrate with their families and friends.

Father Errázuriz claims that “even today Jewish culture is chauvinistic. If you see a Jew walking down the street, the woman goes 10 steps behind him,…”

Father Errázuriz should educate himself about the Jewish community. He is referring to the very orthodox Jews. His description does not exist within the conservative and the reformed Jewish communities. There are even women rabbis now. How can this priest not know these things and spread false comments?