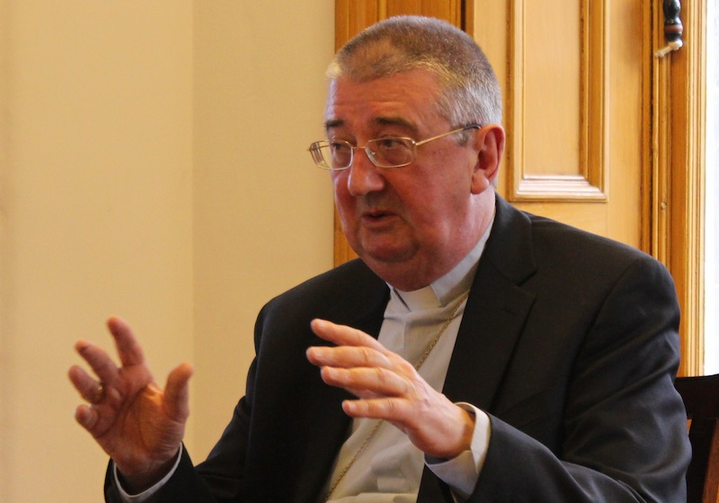 DUBLIN (CNS) -- In the midst of a bitter gangland feud in the Irish capital, Archbishop Diarmuid Martin of Dublin has moved to ensure that funerals of those killed are not used as overt shows of wealth or perceived influence.

Speaking at Mass in St. Mary's Pro-Cathedral to mark the feast of the archdiocesan patron St. Kevin June 3, Archbishop Martin warned that "where it can be ascertained that individuals hold direct responsibility in this traffic in evil, they will no longer be allowed to exploit religious services in the Archdiocese of Dublin to enhance their image."

A feud between two rival drug gangs has left at least 20 people dead in Dublin. Police have said the murders often are linked to "turf wars" over who controls the import and sale of illegal drugs in Ireland. Funerals often have been ostentatious occasions with wreaths commemorating overt symbols of wealth such as Rolex watches and high-powered sports cars.

The archbishop said that while every Catholic had the right to a dignified burial, there would be no more "show funerals" in the archdiocese.

Police and community leaders have warned that the perceived celebrity nature of some of the funerals has a negative effect on young people who may be vulnerable to becoming involved with gangs.

Archbishop Martin has taken a leading role in confronting gang violence and many of the murders have been committed within the boundary of his cathedral parish.

He said at the Mass that recent violence "has taken on an unprecedented level of depravity with shootings taking place unscrupulously near schools and shopping centers, leaving families terrified and children witnessing brutality that will leave scars on their lives for years."

"The perpetrators and sponsors of such violence merit nothing but rejection and distain. They belong behind bars and their business of death must be undermined and destroyed," he said.

Archbishop Martin, who has led marches against gang violence in inner-city neighborhoods in the Irish capital, appealed to "anyone who can provide information about this sickening underworld to have the courage and the decency to come forward in the interest of all."