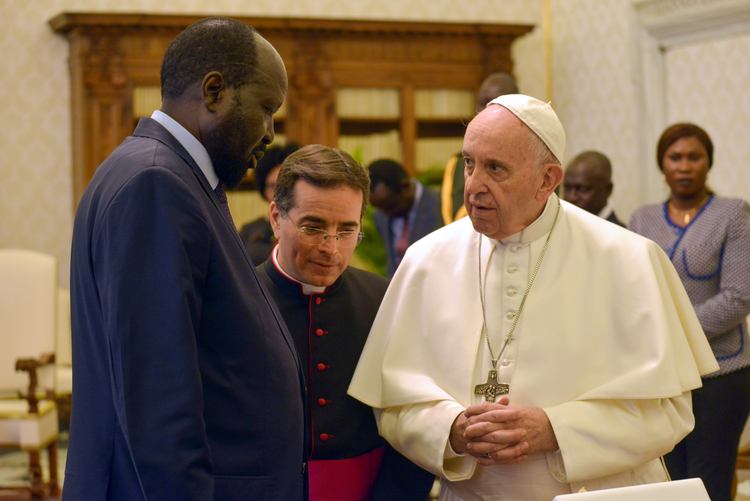 This week on “Inside the Vatican,” Gerard O’Connell and I update you on Cardinal Sarah’s recent comments on migrants, which strike a different tone from what we’ve come to expect from Pope Francis. We also discuss why Francis prefers to have advisors who disagree with him on some issues.

Then, Gerry and I will tell you about an international human rights delegation that visited the Vatican asking for support for the decriminalization of homosexuality. It’s not clear if the Holy See will meet the delegation’s request for an official document supporting the decriminalization, but we’ll examine one case in which Pope Francis may have advocated for just that. Plus, we’ll take a look at what it means for the Vatican to begin a dialogue with this delegation.

Our final story is about an ecumenical retreat—possibly the first of its kind—being held at the Vatican this week for the opposing political and ecclesial leaders of South Sudan. We’ll talk about what’s happening at the retreat, and what impact Pope Francis and the Archbishop of Canterbury, Justin Welby, hope it will have on peace efforts in South Sudan. We wrap up the show with a discussion of why the Vatican chose to pursue what seems like a diplomatic goal through a religious retreat.

Colleen Dulle is assistant producer of audio and video at America and a host of "Inside the Vatican."