When your boyfriend decides to become a priest

When your boyfriend decides to become a priest 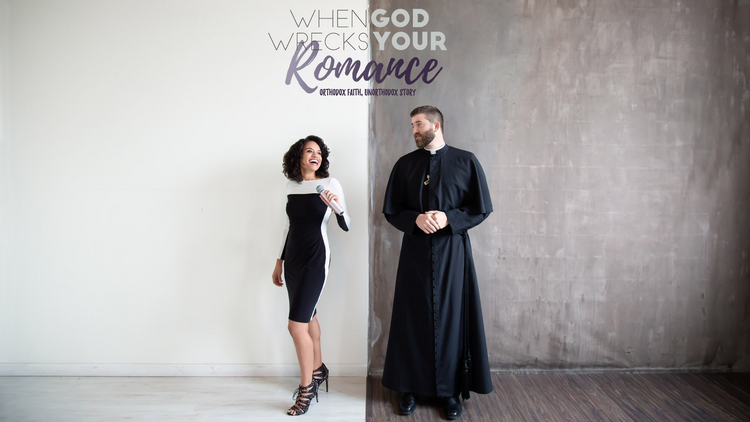 Amanda Vernon is a Catholic musician, writer, wife, and mother of four based in Phoenix. Together with her childhood boyfriend, Matt Fase, C.S.C., she co-authored the new book “When God Wrecks Your Romance: Orthodox Faith, Unorthodox Story,” self-published by her Joyful Noise ministry as a book and an audiobook that she and Father Fase recorded together. On Jan. 29, I interviewed Ms. Vernon by telephone while she was on tour in Iowa. The following transcript of our conversation has been edited for style and length.

In this new book, you talk openly about letting go of your childhood crush so he could follow his calling to become a priest in the Congregation of the Holy Cross. What do you say to women who don’t understand why the two of you chose to abandon your romance?

I say that I really believe God’s plan for my life, and the way that I love, is much better than what I would plan for myself—and that’s what I tried to do. It was my choice.

What attracted you to Matt Fase, now recently ordained, when you met at age 14?

Initially, when I met Matt, his kindness, his sense of humor and his respect for me stood out. I didn’t have a big crush on him at first because he was really short [laughs], and I didn’t find him that attractive. But by the summer that he turned 15, I really fell in love. That was a romance for me that really lasted throughout high school and into my young adult years.

‘It was heartbreaking to let go of my hopes and dreams for the two of us to be together,’ says Amanda Vernon.

What helped you let go of Matt?

It was heartbreaking to let go of my hopes and dreams for the two of us to be together. But I saw that being in seminary and discerning his call to the priesthood made him so happy and fulfilled. And I wanted the best for him more than I wanted my own desires.

How did your collaboration on this book unfold?

A Catholic publishing company approached me about writing a book for them. The story on my heart that I wanted to tell was the history of my friendship with Father Matt. Our story is definitely not my own to tell, and I knew I’d need Matt to join me to tell it. Thankfully he’s a fantastic and hilarious writer, and thankfully his community, the Congregation of the Holy Cross, allowed him to write it with me. After two and a half years, we ended up self-publishing it.

Over the course of those two and a half years, we spent countless hours—first of all remembering our story together, comparing our separate points of view, outlining it and then writing it in a way that shows first my perspective on the events that happened and then his perspective in succession.

You’ve described the title “When God Wrecks Your Romance” as tongue-in-cheek.

What does this title mean to you?

To me personally, I think it was the Urban Dictionary definition of the word “wrecks,” meaning to enjoy completely or thoroughly. I really believe the Lord takes delight in my heart, in my truest and deepest desires. This friendship—“romance,” as we call it—has been, although heartbreaking at times, so joyful and truly a gift from God.

Your subtitle says “orthodox faith, unorthodox story.” What do you mean by that?

Our subtitle means, first of all, that we are faithful to the Catholic Church and we love her teachings and her traditions. At the same time, we’re telling a story that’s not typically told in a public forum. Many clergy share their vocational stories, certainly, and many laypeople describe the path of their own calling in life. But to hear a detailed description from an ordained minister and a layperson of their shared story, that’s surprising to a lot of adults and definitely unorthodox.

Although some women might get angry at Matt for “choosing God over them,” the two of you have remained good friends, and you chose him as your daughter’s godfather. What’s that friendship like for you today?

I don’t see it as Matt choosing God over me, I see it as us both choosing God’s call for our lives. To be able to share our separate vocations now in our friendship is such a gift, and I feel like it’s really a fulfillment of all my childhood hopes and dreams, but on a different level than I even knew was possible.

What surprises will readers find in this book?

Readers might be surprised by how honest we are in our description of our adolescence and our young adult years, especially with some of the challenges that we both faced, and the depth of emotion that went into our discernment both of our separate vocations and our shared friendship.

There’s a scene in the book where Matt is contemplating a life of celibacy. He remembers a question from seminary, from his formators who invited him to think about a life without a family of his own. But then they said instead of imagining a hypothetical situation, imagine one particular person and what life would be like without her. So there’s a scene in our story in which Matt is imagining what life might be like without me. It’s a particularly poignant element of priestly discernment that most of us don’t get to hear.

This a story about two people who fell in love with each other and gave that love back to God in surrender.

For Catholic women, it’s not uncommon to feel attracted to men who later consider the priesthood. What graces have you received from this experience?

How did your teenage relationship with Matt influence your discernment of your vocation?

My friendship with Matt set a standard for me that helped me be open to God’s best plan for my life. The way that Matt respected me, cared about me and helped lead me to Christ, helped me in turn look for friendships that would do the same. When my husband and I were dating and considering marriage, those values that I learned in my friendship with Matt helped open my heart to God’s true vocation for my life.

A Habsburg with a Twitter account: an interview with Hungary’s ambassador to the Vatican
Sean Salai, S.J.

Finding God in the cosmos: an interview with a Vatican astronomer
Sean Salai, S.J.

If you could say one thing to God about Father Matt, what would it be?

What would you say to a young woman struggling to discern God’s calling?

God loves you more than you could ever imagine. He wants to reveal his love to you. So if you keep seeking, you surely will find what you’re looking for.

The final thought would just be gratitude to my husband. It’s through his generosity and his immense trust in God, and in the strength of our own vocation, that I’m able to tell a story like this about my past in a way that’s a blessing today.

Correction, April 1: An earlier version of this article misspelled the name of the co-author of this book. It is Matt Fase, not Matt Frase.

This happens. It doesn’t matter in which era, decade or generation. What matters is prayer and discernment. It is not easy, believe me. But inviting God into the equation is important.

Thanks everyone for reading -- let's continue to pray for each other and for our Catholic Church. -Fr. Sean