We can turn away from faith, but humans will always hunger for meaning 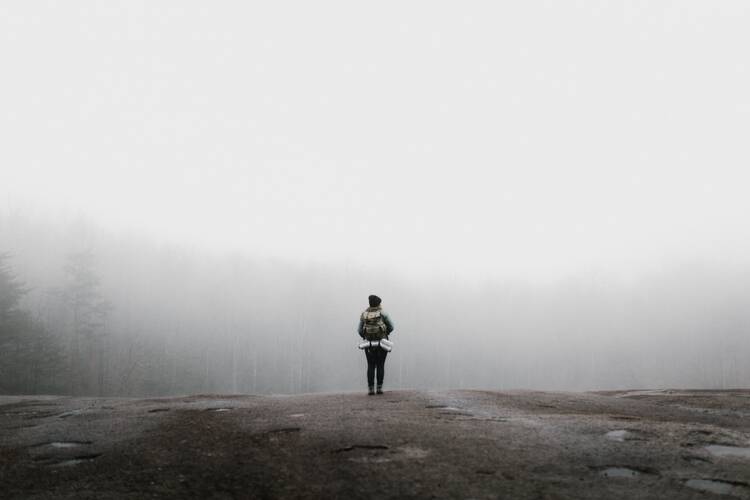 Photo by Andrew Neel on Unsplash

Some argue that human nature observes no rules, yet our history shows clear patterns. And what is history but human nature, playing itself out? Here is one of those patterns, one we dare not ignore: When people starve, they migrate toward food.

The Ponca Indians were never a large tribe on the American Great Plains. At first contact with Europeans, they numbered only around a thousand. By the time of the Lewis and Clark expedition, smallpox had reduced them to only a few hundred. Yet the tribe managed to grow corn, squash and fruit trees along the banks of the Niobrara River in Nebraska. Their numbers began to grow as well. This was despite being oppressed by the more militant Lakota, who limited the ability of the Ponca to hunt buffalo and who periodically raided them.

By 1850, however, the Ponca were in a pincer, caught between the Lakota and white settlers.

Cut off from the bison by the Lakota and from their own range by the settlers, in 1858 they signed a treaty that ceded much of their land, reserving for the tribe a small area near their old home on the Niobrara. As part of the treaty, the government promised feed, grain, schools, and protection from other tribes. None of this was forthcoming, however, and the tribe slowly began to starve to death on their pitiful plot of land.

It gets worse. More worried about the warlike Lakota than the Ponca, in 1877 the U.S. government gave the Ponca land to the Lakota and moved the small tribe to Indian Territory in Oklahoma.

This land proved unsuitable for farming, and in any event the Ponca were moved too late in the year to plant crops. They were moved yet again that summer, 150 miles west to the Salt Fork of the Arkansas River. There they wintered over without supplies and without succor. By spring, a third of the tribe had died of starvation.

At the death Bear Shield, his firstborn son, the Ponca chief, Standing Bear, determined to return with his son’s body and a few dozen followers to their ancestral home along the Niobrara. The government sent a seasoned American Indian war fighter, General George Crook, to intercept them. Yet, instead of repatriating them to Indian Territory, the general allowed them to rest at Fort Omaha.

Hunger brings home the Prodigal Son. When life is reduced to survival, priorities come into focus.

In his new history The Heartbeat of Wounded Knee: Native America from 1890 to the Present, David Treuer speculates about the general’s mind. “A lifetime of fighting seems to have helped him to see the true cost of war and the terrible treatment of the Indian combatants.” General Crook even assisted the Ponca in pleading their case before the U.S. District Court in Omaha. How can you keep people from going home when they’re hungry?

Hunger brings home the Prodigal Son. When life is reduced to survival, priorities come into focus. Though let’s be clear: It is his own hunger that changes the heart of the prodigal. General Crook’s heart was touched by the hunger of the Ponca. Yet the historical pattern remains: When people starve, they migrate toward food. We go home when we are hungry.

If you believe that our Christian faith corresponds to the deepest hungers of humanity, then you should not be surprised that as they increasingly turn away from that faith and the community that sustains it the hunger of modern men and women for the deep values of life will manifest itself in other ways. Some examples:

Right and wrong are not determined by who can claim the status of victim first and fiercest.

Modern folk do not like to speak of sin. We talk of wounds and victims. Yet what the church calls “sin” does not disappear simply because of our modern penchant to make others the perpetrators and ourselves the victims. Right and wrong are not determined by who can claim the status of victim first and fiercest.

Baby Boomers eschewed sacramental confession in the name of personal privacy, yet they embraced social media, scattering their stories, their data and their wounds to the wind. Do we have a need to share our stories? Are we doing that in a healthy way?

We are told that one can be spiritual without being religious, that religion means binding one’s self to a community, with all its expectations and limitations. Touting individuality, we deny that human beings are essentially communal, that we are in this together. Yet the well-off retreat into compounds of controlled community. Their zip codes, their school districts and their colleges belong only to them and theirs.

We are all about individual rights, personal narratives and the freedom to choose. So was the Prodigal Son, until the food ran out.

We moderns deny that there is a true division between good and evil, that the world and history have an inherent meaning, given as the first gift of a creator. We say it is all a matter of limited perspectives, that the meaning of our world, our planet and our lives is whatever we make of it. It is a view easily preached by those who have never truly been the victims of evil.

Our churches are emptying because we do not see ourselves in need of a savior. The idea of evil drawing up into an irreversible cataclysm called hell gains small traction with those who can shield themselves from suffering. But no one can do that forever.

What the parable of the prodigal son can teach us about freedom, duty and love
Michael Simone, S.J.

How can we trust others in our fallen world?
Terrance Klein

The modern West is not most of the world, either today or in our long past. We are all about individual rights, personal narratives and the freedom to choose. So was the Prodigal Son, until the food ran out. Can we recognize our spiritual hunger and come home before that happens?

Given his say in court, Chief Standing Bear spoke for his tribe and gave eloquent voice to the poor and oppressed of the earth. Treuer reproduces an original account of what happened when the chief stood up and spoke.

“I take my child by the hand, and my wife follows after me. Our hands and our feet are torn by the sharp rocks, and our trail is marked by our blood. At last I see a rift in the rocks. A little way beyond there are green pastures. The swift-running water, the Niobrara, pours down between the green hills. There are the graves of my fathers. There again we will pitch our teepee and build our fires. I see the light of the world and of liberty just ahead.”

The old chief became silent again, and, after an appreciable pause, he turned toward the judge with such a look of pathos and suffering on his face that none who saw it will forget it, and said:

“But in the center of the path there stands a man. Behind him I see soldiers in number like the leaves of the trees. If that man gives me permission, I may pass on to life and liberty. If he refuses, I must go back and sink beneath the flood.”

Then in a lower tone, “You are that man.”

Go ahead and insist that America has changed. Say that the only saviors we need now are more voters who agree with you. You have identified your side. You may also have suggested how spiritually hungry you are.

What I read from the pen of Father Klein never leaves me indifferent, but this is definitely the most moving article I have ever read. Yes, we are hungry, even when we don't acknowledge it! Thank you, father Klein, for being so clear and convincing about it!