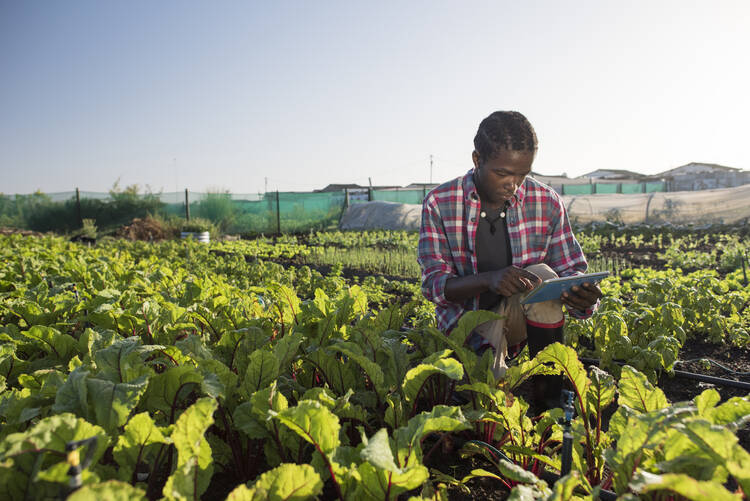 Social entrepreneurship programs, including those that promote sustainable agriculture, can benefit from the principles of the Spiritual Exercises. (iStock)

In February the superior general of the Jesuits, Arturo Sosa, S.J., promulgated four universal apostolic preferences to guide the Society of Jesus for the next 10 years. What does this mean for Jesuit educational institutions like Santa Clara University and its Miller Center for Social Entrepreneurship, which I have led for nearly nine years?

First, a confession: I am not Catholic, much less Jesuit. To use an increasingly common phrase, “I’m more spiritual than religious.” My interpretation of the four universal apostolic preferences is that of a layperson, albeit one devoted to advancing social justice for the poor and vulnerable, with an intentional focus on the impacts of climate change. As Father Sosa quotes from “Laudato Si’”: “The earth herself, burdened and laid waste, is among the most abandoned and maltreated of our poor.”

The four preferences, discerned through a 16-month process, were confirmed by Pope Francis to guide “the mission of reconciliation and justice in all of the apostolic services” of the Jesuits, including their lay companions. In my role at Miller Center, accelerating entrepreneurship and manifesting the Jesuit mission to end poverty and protect the planet, I found each of the preferences deeply resonant.

1.  To show the way to God through discernment and the Spiritual Exercises

Before my tenure at Santa Clara University, I likely would have found this preference inconsonant with my personal beliefs, primarily because of the use of “God.” But as I have learned about Ignatian spirituality and integrated it with my training as a neuroscientist, I can simplify this idea to “God = love,” an equation resonant with my spirituality and what I perceive as an authentic interpretation of many religions.

In my experience, Ignatian spirituality is invitational, not impositional. The Ignatian tradition helps me notice transcendence: When I see and approach what is truthful, beautiful, just and loving, I witness the divine.

At Miller Center, while we do not use explicitly theological language, we create “holy ground” when social entrepreneurs and students realize their unique promise as persons, promote the dignity of other human beings and labor for a more just, humane and sustainable world.

We create “holy ground” when social entrepreneurs labor for a more just, humane and sustainable world.

In fact, I sometimes explain the Miller Center’s social enterprise accelerator programs as the “Spiritual Exercises of Silicon Valley.” Like retreatants who work their way through the various phases of the Spiritual Exercises, our social entrepreneurs progress through a structured curriculum accompanied by trusted advisors. The trusted advisors are Silicon Valley executive mentors, akin to spiritual directors in the Exercises.

For Ignatius, mentorship or accompaniment is vital to the growth of the retreatant. With the help of the spiritual director, the retreatant discerns the movement of grace in their life and makes decisions faithful to their vocation. Similarly, mentors help social entrepreneurs identify their own paths to operational excellence and investment readiness that will enable them to scale their impact serving the poor. Like good spiritual directors, mentors help them notice what wants to be noticed. For example, through conversations with her mentors, a social entrepreneur who designed a premium-price solar-powered lantern pivoted to a pay-as-you-go system that makes the lanterns accessible to poor families. (They make weekly payments equivalent to what they would normally pay for kerosene until they own the lanterns.) We offer intensive in-residence programs akin to retreats, as well as mobile apps and online adaptations that make the Spiritual Exercises more accessible to laypeople in the modern era.

2.  To walk with the poor, the outcasts of the world, those whose dignity has been violated, in a mission of reconciliation and justice

The second universal apostolic preference promotes “the change of economic, political and social structures that generate injustice.” To my mind, this is systems-level thinking—disrupting unjust social equilibria to create more just ones, which is how pioneers Roger Martin and Sally Osberg describe social entrepreneurship in their landmark book Getting Beyond Better.

Father Sosa suggests “going out to the human peripheries and to the margins of society, adopting a style of life and work appropriate to the situation so that our work will be credible.” This exhortation evokes social entrepreneurial practices of human-centered design thinking and learning from those we seek to serve, who are often excluded from conversations on how to end poverty.

To my mind, this is systems-level thinking—disrupting unjust social equilibria to create more just ones.

This sounds a lot like the mission statements of social enterprises we have had the honor to accompany. In particular, Father Sosa states, “We confirm our commitment to care for migrants, displaced persons, refugees, and victims of war and human trafficking.” Last year, Miller Center ran a Social Entrepreneurship at the Margins accelerator program for social enterprises serving or led by refugees, migrants and human trafficking survivors. To our knowledge, it is the first of its kind in the world, and we hope to secure funding to run a second.

More recently, we have begun to accompany Catholic Charities locally, as well as Jesuits and Catholic sisters in Africa, as they explore how entrepreneurial principles can advance the missions of their social ministries.

Our mentors, students, staff and donors all find that as we serve, we learn from those we serve: Accompanying those on the margins is transformative for us, in the relationship of solidarity.

3.  To accompany the young in the creation of a hope-filled future

As Father Sosa writes, “Youth is the stage of human life when individuals make the fundamental decisions by which they insert themselves into society, seek to give meaning to their existence, and realize their dreams.”

One of my greatest joys at Santa Clara University is the opportunity to accompany students in our award-winning Global Social Benefit Fellowship, an action research program that adds real value to social enterprises while forming young leaders. So far, eight of them have won Fulbright Fellowships and three have been named valedictorian; all of them have demanded “authenticity of life, spiritual depth, and openness to sharing the life mission,” as Father Sosa articulates in this universal apostolic preference.

The work of Miller Center represents the concrete way that we educate for justice, transforming students into leaders who can fashion a more just and sustainable world. For some, this is an expression of faith in action.

On a larger scale, many social enterprises we accompany are devoted to promoting the dignity of youth, affording them a sense of agency through meaningful work such as selling solar products, learning coding or practicing sustainable agriculture while generating incomes to support their families. These social enterprises are responding to the locus theologicus of poverty and youth, found in Father Sosa’s words: “Young people, most of whom are poor, face enormous challenges in our world today, including reduced job opportunities, economic instability, increased political violence, multiple forms of discrimination, progressive degradation of the environment…”

4.  To collaborate in the care of our common home

The Jesuits’ resolution “to collaborate with others in the construction of models of life that are based on respect for creation and on a sustainable development capable of producing goods that, when justly distributed, ensure a decent life for all human beings on our planet” connects “Laudato Si’” with the United Nations sustainable development goals. These have been Miller Center’s guideposts since 2015, when we noticed a striking resonance between these goals and our mission.

The “ecological conversion” for which Pope Francis calls is the essence of social entrepreneurs with missions to promote sustainable and regenerative agriculture; those who create circular models of consumption and production like those found in nature; and, more broadly, those who seek to preserve the ecosystems their communities depend upon for sustenance and health.

“The environmental destruction being caused by the dominant economic system is inflicting intergenerational damage,” Father Sosa notes. Social entrepreneurship can both effect systems-level change and “help heal the wounds already inflicted on the delicate ecological balance.” It is a powerful way to advance the universal good. 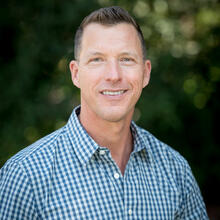 Thane Kreiner, Ph.D., is executive director of Miller Center for Social Entrepreneurship and a professor at Santa Clara University.

Does the author know that poverty is fleeing the world and not due to anything that Catholics have done in the name of Catholicism (extreme poverty now less than 9% worldwide when it was over 95% 200 years ago). Or that Fr. Sosa was all in for Venezuelan socialism and look what that led to. Is this what adhering to these Jesuit principles will bring?
My wife looked at the headline and said "How can something be universal priorities and new?" The irony or absurdity is everywhere!

I wish they would also align themselves with women, as well as young people, but helping the poor, saving the environment, and teaching the spiritual exercises are really good goals.

What am I missing here with these preferences? They could be used by any organization from a UN group down to a local charity. Have the Jesuits gone totally secular? I thought the Spiritual Exercises were Christological and Church oriented, and that Christianity and the Exercises had something to say about another life as well as about this one. These goals sound like the Jesuits are moving along the path of the YMCA and some Ivy League colleges — from religious orientation to total secularization.

Social entrepreneurs are yet to do justice to their enormous potential.

Teaching the Spiritual Exercises isn't secular. But the other goals matter too - if all that mattered was life after death, Jesus would not have spent so much of his time healing people.

...I believe in the communion of the saints, the resurrection of the body and life everlasting...