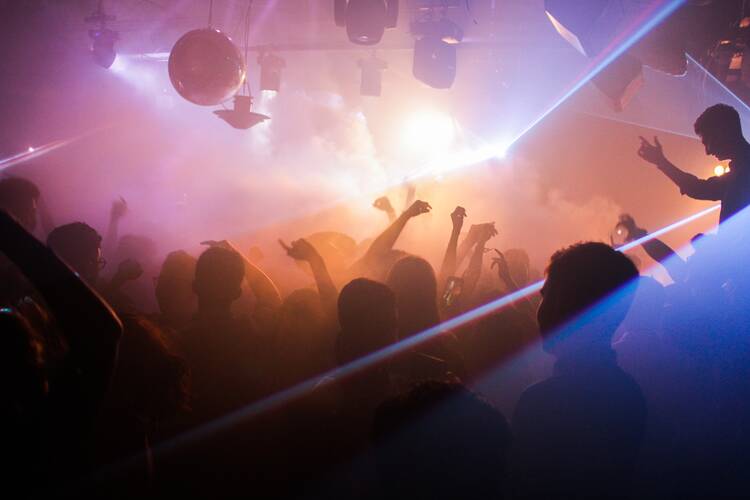 Photo by Sarthak Navjivan on Unsplash

If reality TV is your guilty pleasure, you are about to be introduced to a whole new level of guilt: a reality show filmed in the home of a man, his mistress and his celebrity wife, who is incapacitated by Alzheimer’s.

Bravo network has reportedly green-lit a reality TV show featuring the former television executive Dan Gasby, who lives with his wife B. Smith, who has Alzheimer’s, and his mistress, Alex Lerner.

After almost 30 years of marriage to Ms. Smith, a former model and TV host, last year Mr. Gasby publicly announced that he was in a romantic relationship with Ms. Lerner and that she lives with him and his wife. Now Mr. Gasby has invited cameras in to record the life he leads with his smiling mistress and his smiling, dementia-stricken wife in order to destigmatize the choice he has made.

Maybe you believe (and I do not) that we should be released from our marriage vows if our spouses no longer please and fulfill us. But even if that is your idea of compassion, Mr. Gasby’s arrangement is nakedly exploitative. People magazine reports, “Gasby has told Smith about his relationship with Lerner, though it doesn’t seem to register.” Just as a sleeping woman cannot agree to sex, a woman with dementia cannot consent to being cheated on, and she cannot consent to be part of a TV show about her exploitation. She is a prop in a farcical theater piece about progressive love, trotted out to illustrate the virtue of the very man who is exploiting her.

When all this shouting of once-private things brings applause, we begin to believe that being quiet is the same as being ashamed.

Marriage as an institution may be public, but the love between husband and wife is, by definition, private. You inside me. It does not get any more private than that. And yet this reality show is part of a push to turn marriage inside out—to publicly share and spotlight that most intimate of betrayals, infidelity.

And that is what makes my blood run cold: how public Mr. Gasby and his mistress have made their deeds. Why have they done this? Because they know the power of the word “destigmatize.”

Destigmatization is a mixed bag. Sometimes, society has unjustly frowned on behaviors that are morally neutral or even laudable, and so we do a brave and selfless thing by making them as public as possible. Mental illness, for instance, should not be whispered about; it should be discussed openly, so it can be understood and treated, and so those who suffer feel less alone. Breastfeeding should not be shunted away under a blanket; it should be part of everyday life. Gay people should not be shamed and cowed; they should be accepted and treated as sons and daughters of God. It can be a true act of love to shout about something once considered shameful.

But the thing about shouting is that it is disorienting by design. It makes it hard, in the sheer confusion of noise, to know what is actually being said. When we want something—especially when we want to do something to somebody else—we intentionally blur the lines between healthy destigmatization and the normalization of perversion, of sin, of crime. It is all just shouting.

Love demands attention to the person in front of you, without cameras, without documentation, without applause.

But true acts of love are rarely public. Love demands intimacy. Love demands quiet. Love demands attention to the person in front of you, without cameras, without documentation, without applause. Sooner or later, love demands privacy. But in the culture of the shout, the intimate heat of the crucible of suffering is replaced by the heat of the Klieg lights, which reveal without transforming.

What happens when public interest dries up? What will the Gasby-Smith-Lerner triad come to when the cameras inevitably lose interest and go away?

“I love my wife, but I can’t let her take away my life,” Mr. Gasby said. But there will come a time when his life will be taken away, and he will be alone. Whether we know it or not, we live in preparation to die. Love is all we take to the grave.

How can we get beyond the battle of the sexes?
Simcha Fisher

Suicide and abortion stem from the same lie: that some lives don’t matter.
Simcha Fisher

We can shout our sins all we like, but, eventually, we will once again be alone with them. The parade will be over, the rally will end, the pride will pass, the lights will be turned off, the show will fold. Down we will go, into the ground, into the privacy of the grave. We will be alone with God. And then we will cry out for stigmas, cry out for those pierced hands to save us.

Beautifully expressed. People rarely write like this any more. More's the pity.

I do think reality shows are mostly creepy, and I do think this man should do the honest thing - stop cheating his wife and get a divorce. But keeping infidelity a secret isn't better than making it public. Trump and his numerous infidelities is an example of the loathsomeness of a liar and his secrets.

Wow!
You are a writer's writer!

"...a farcical theater piece about progressive love, trotted out to illustrate the virtue of the very man who is exploiting her."

There is nothing "progressive" about this mockery of a "love"

And this shameful excuse of a man has as many virtues as scruples... likely none

If only it were as easy to call others to prayer for the remittance of sin than to cast stones.

When I watch cdl Dolan and his "powerful" friends marching on the streets together with public homosexual sinners I'm thinking : "What’s wrong with celebrating sin in public ?"

Can we be honest? Isn’t gay pride the same? I mean flaunting a grievous sin, in public, in parades, is wrong on so many levels. Why would a Christian want to openly celebrate that they are an unrepentant sinner? And the encourage other to engage in the same sin? Wow.

Being gay is not a grievous sin. Advocating for equality under the law is hardly the flaunting behavior or unrepentant sinners. A TV show like this flaunts a self-serving, low class, shallow, abusive perspective on marriage. That can be judged harshly. The status of their souls is up to God.

Beautiful and thoughtful response. I especially appreciate your emphasis on the dignity and privacy of the wife, and the exploitation and infidelity being inflicted on her at her most vulnerable.

His wife needs an advocate. She is being exploited. She cannot consent to any of this- his public mockery of his marriage vows- his filming of a woman with dementia - where’s the enforcement of HIPAA ? The whole thing disgusts me.

Amen. I have not seen the show and I don't want to either. Yuk!

His wife needs an advocate. She is being exploited. She cannot consent to any of this- his public mockery of his marriage vows- his filming of a woman with dementia - where’s the enforcement of HIPAA ? The whole thing disgusts me.

This show sounds highly abusive. What a slug this guy is.

Although I have to remind folks that our own hierarchy openly discriminates and cages all its women in grossly unjust ways. Keeping them voiceless and they have not only acted proud about this open abuse of their sisters, they have ordered all members of our church to be silent about seeking justice by demanding same ordination and treatment as men. The pot here is kinda calling the kettle black again. Hypocrisy doesn't look good on anyone.

We need to help this woman by perhaps complaining to the network while filing a complaint with various advocate groups for the disabled and elderly.

We need to push against our hierarchy's abuse of women by protesting aggressively for equal and same treatment and ordination immediately. We need to reject all permanent deacons being allowed to lead priestless parishes and demand trained lay men and women be given these roles instead, as is perfectly allowable already in our church laws, while we reject any attempt to install gender segregation thru optional celibacy.

The most effective way to get a show off the air is to complain directly to the sponsors.