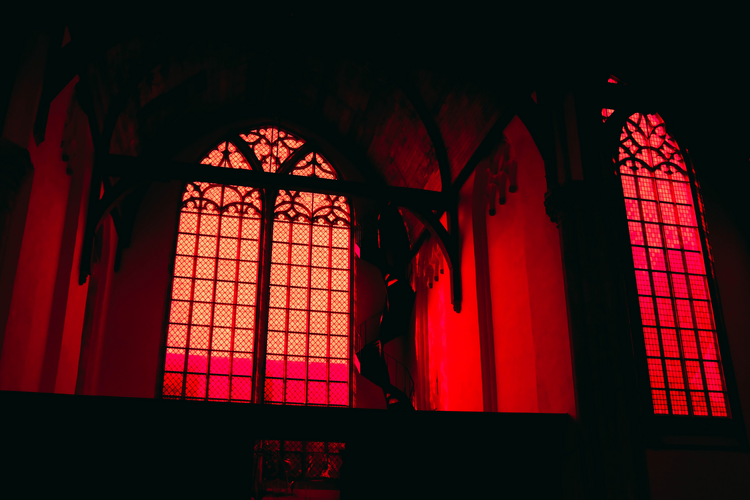 Photo by Adrien Olichon on Unsplash

This week, America and Spoke Studios published “Deliver Us,” a new podcast about the sexual abuse crisis in the Catholic Church.

Maggi Van Dorn is the host and executive producer of “Deliver Us.” Following the release of the Pennslyvania grand jury report last summer, Maggi, like so many Catholics in the United States, found herself asking: How did could happen? And what, if anything, could Catholics do to help? She put her resources and audio skills together and decided to create “Deliver Us,” which features survivors, experts and advocates discussing ways in which the church and Catholics can move forward.

We talk to Maggi about how the podcast centers the stories of survivors and what it means to be hopeful as a Catholic during this crisis.

In Signs of the Times, Pope Francis has, for the first time, acknowledged the abuse of Catholic sisters. We discuss why this matters and what it shows us about the sex abuse crisis. Last month, Nicolás Maduro was sworn in as Venezuela’s president, which has led to protests across the country. Political leaders, including President Trump, state that the rightful president is Juan Guaidó, head of Venezuela’s National Assembly. Pope Francis has stated that he is “always available” to assist diplomatically but that these negotiations can only occur if both sides ask for help. Pope Francis has a history of getting involved in Latin America. Why does this matter?

On Feb. 7, the Supreme Court allowed the execution of Domineque Ray, a Muslim death-row inmate in Alabama, to proceed without an imam; and a young Catholic asks the pope to go vegan for Lent. Finally, we ask: Do you have an obligation to attend your local parish?

Feel free to send us your questions, concerns or cocktail recipes to jesuitical@americamedia.org, or join us for discussion on Facebook and follow us on Twitter. Consider supporting Jesuitical by becoming a member of our Patreon community.

Listen to Deliver Us here.

"How did it happen?" Lack of belief!

"Do you have an obligation to attend your local parish?" Yes and no. You have an obligation to attend Mass on Sunday (commandment of God and Church and to be a witness to others of the truth) but it doesn't have to be at your local parish. I am invariably slow in the morning and attend a later Mass at nearby parishes when I am too slow. It is nice to see/hear the other nearby parish priests.

Headline about another corrupt institution we took for granted.

The only way to save FBI is to expose everything

If you read the Wall Street Journal article regarding the Pope, Cardinal O'Malley, and the sexual abuse crisis one could be excused for thinking that the Pope is unwilling to actually make the changes needed to overcome the abuse crisis. The portrait painted of the Pope is one who is willing to defend the abuser and not the abused. I really hope this is a slanted article and does not actually paint the true picture.

If it does paint a correct picture, the Pontiff must go.

It is a long dark tunnel that goes back to the very beginning of the formation of the Catholic church. The culture in the Catholic church was imbedded with the homosexual life of the clergy. The all male higher educated aristocratic society which were the leaders of the church. Homosexuality was neither approved or disapproved it was part of the church and still is after centuries of acceptance amongst themselves but always a silent topic . There was and is a mystery about it . Well no more i shout out full of the Holy Spirit NO MORE We must make profound statements . We must clarify where the catholic church stands on homosexuality in the catholic church and not lie,hide,shide nor be blind to this from this day forward. We must be brave,Truthful,honest,patient and understanding of the needs of homosexual clergy and their needs and the needs of the one, holy,catholic and apostalic church . a reformation must begin to establish the catholic churches stance and this will be the same in every diocese in the world. We must remain unified and we must remain holy to glorify Him.

Roger Mahony still wears the red hat, and is still "a priest in good standing." No, it will never end.