If you have felt regret, you know what it means to sin—and to grow 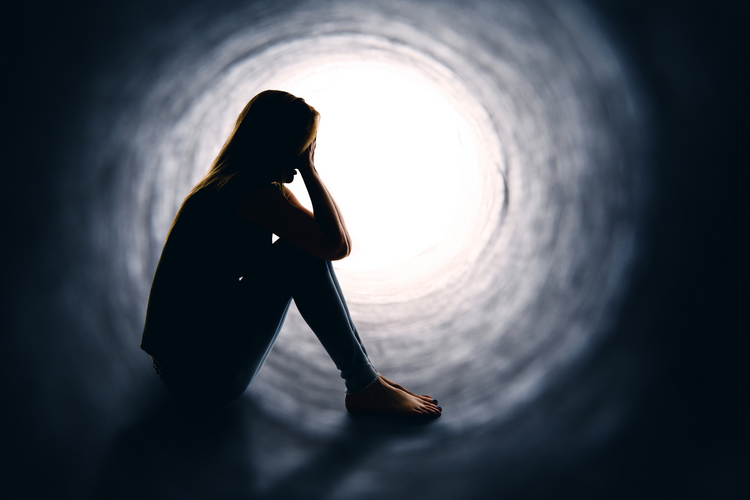 Can you recall some part of your past that you deeply regret? Not simply a spot when something didn’t go your way but rather a time when you see yourself as having gone awry. If you can, then you are probably an adult, because one way to understand this sort of regret is to see it as an enlargement of your world. Adults feel regret when we can look upon our past actions and recognize, in the light of our present lives, that our past behaviors were too small, too defensive, too rooted in our own selves. This is what regret reveals.

When Isaiah beholds the glory of the Lord, encounters something very real of God in the temple, he suddenly sees his former world as stunted.

Woe is me, I am doomed!
For I am a man of unclean lips,
living among a people of unclean lips;
yet my eyes have seen the King, the Lord of hosts! (6:5)

Granted, regret is a negative emotion. It does not make us feel good. Indeed, it is a particularly negative emotional experience because we feel bad and view ourselves as responsible for that feeling. Yet regret has a positive pole as well because it represents an insight, a new understanding of who we are. This is what regret reveals.

We feel regret when we recognize that are past behaviors were too small, too defensive, too rooted in our own selves.

Regret is possible only because we have grown in our own humanity since we chose to do those things that now we so deeply regret. One could say regret is what we, living in a larger world of understanding, see and acknowledge when we look back at the world from which we have emerged. This growth in personal perspective explains why adults often report a growing sense of regret as they age.

We have a word for such an experience of regret, one I have held back from using because, like so many of words in Christian discourse, it has become a bit worn with wear and has trouble gaining traction. That word is “sin.” Some say that we have lost a sense of sin, but if you have known real regret, then you do indeed have a sense of sin.

The New Testament word for sin is very instructive here. Harmartía means “to miss the mark,” like an errant arrow would do. Isn’t this what we recognize in our own lives when we feel regret? Looking back from where we now are, we can see where we went awry, missed the mark. Isn’t this what regret reveals?

This is why children can indeed be sorry, though usually without real regret. They simply have not lived long enough, their worlds of understanding have not expanded enough for them to gain the insight needed to realize regret.

When children come to confession, they compare their actions, according to their abilities, to a list of actions that others have labeled wrong or sinful. Typically the children themselves have not arrived at a moment of personal insight. They rely on others to tell them when they have done wrong, just as they count upon adults for most of their knowledge about the world.

It is probably not accurate to say that we moderns have no sense of sin. If we have known deep regret, we certainly do. What might be more to the point is that many adults, having found reason to question some of the sins on the list that they inherited, might then be inclined to dismiss the notion of sin itself.

That would be a mistake. We can be wrong about what is indeed sinful, but a healthy adult experiences regret. This was the experience of St. Paul, who had always been fervently religious. He cherished his list of commandments to be kept, but that counts for little if one is not growing, if one’s world is not expanding through encounter with the living God. “Last of all, as to one abnormally born, he appeared to me” (1 Cor 15:8).

The church speaks of sin because Christians—indeed all humans—have a communal sense for regret.

A blessed boatload of fish blows Peter away. A long list of transgressed commandments does not come cascading into his mind. Yet having seen what he has seen—nothing less than the living God—he recognizes how small his world has been.

He fell at the knees of Jesus and said,
“Depart from me, Lord, for I am a sinful man.”
For astonishment at the catch of fish they had made seized him (Lk 5:8-9).

Go back to where we began. Remember one of your own causes for deep regret. It was probably called a sin by our tradition because those who have gone before us arrived at the same place to which you have come. Regret revealed their past as too small, too shallow, too rooted in self. In short, as sinful.

The unlikely heroes of the Bible
Michael Simone

The church speaks of sin because Christians—indeed all humans—have a communal sense for regret. Through the length of countless individual lives, in so many eras and varied states of life, communities come to recognize that some worlds are too small, some actions too far from the mark of what it means to be a disciple, to be a fully engaged human being. And of course, the church itself grows through an ongoing encounter with God.

You could, of course, insist that you will do your surveying of sin. You will decide what is deeply regretful and what is not. That is a very modern attitude, and few in the modern world would challenge you.

But here is a hunch: At some point, later in your life, you will come to regret your current insistence that you alone understand what is happening in your life. That is the way it is with life. Others help us to learn how to live it.

I always knew that my Dad loved me. During his month in a,coma before death, I visited him daily with my Mom and talked to him. However, when he died I soon realized I hadn't since my childhood told him, "I love you." But I miss him and try to be a better person by hugging each of my family members when I see them. I must commit to saying " I love you" more often. I hope I've learned not to be selfish in my expressions of love, however simple.