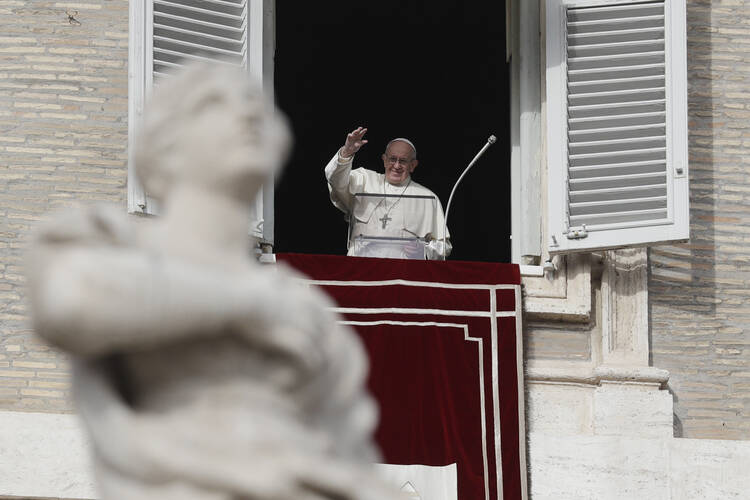 VATICAN CITY (AP) — Organizers of an upcoming Vatican summit on sex abuse prevention are warning that the credibility of the Catholic Church is in jeopardy over the abuse scandal and are urging participants to meet with victims personally before coming to Rome.

In a letter sent Tuesday to the presidents of bishops' conferences worldwide, organizers said the church must develop a "comprehensive and communal response" to the crisis, and that the first step is "acknowledging the truth of what has happened."

Pope Francis invited the church leaders to the Feb. 21-24 summit to respond to what has become the gravest threat to his papacy, as the sex abuse and cover-up scandal erupted in the U.S., Chile and elsewhere this year.

In revealing the first details of the preparations for the meeting, the Vatican said the summit would focus on three main areas: responsibility, accountability and transparency.

"Absent a comprehensive and communal response, not only will we fail to bring healing to victim survivors, but the very credibility of the Church to carry on the mission of Christ will be in jeopardy throughout the world," the organizers wrote.

"Each of us needs to own this challenge, coming together in solidarity, humility, and penitence to repair the damage done, sharing a common commitment to transparency, and holding everyone in the church accountable," they said.

It was signed by the four members of the preparatory committee for the meeting: Chicago Cardinal Blase Cupich, Mumbai Cardinal Oswald Gracias, as well as the Vatican's leading abuse experts Maltese Archbishop Charles Scicluna and the Rev. Hans Zollner.

They urged conference presidents to meet with victims before they come to Rome "to learn firsthand the suffering they have endured."

They urged conference presidents to meet with victims before they come to Rome "to learn firsthand the suffering they have endured."

The appeal was clear evidence that throughout the church, many bishops continue to deny the scope of the problem and have never met with a victim.

Vatican spokesman Greg Burke said that doing so "is a concrete way of putting victims first and acknowledging the horror of what happened."

Francis announced he was convening the summit in September, signaling awareness at the top of the church that clergy sex abuse is a global problem and not restricted to some parts of the world or a few Western countries.

Francis is still working to recover from his botched handling of the sex abuse scandal in the Chilean church, sparked earlier this year when he repeatedly discredited victims of a notorious Chilean predator priest.

His papacy was then jolted by accusations from a retired Vatican ambassador that Francis himself rehabilitated a now-disgraced American ex-cardinal accused of molesting and harassing adult seminarians. Francis hasn't responded to the allegations, though he has ordered a limited investigation into them.