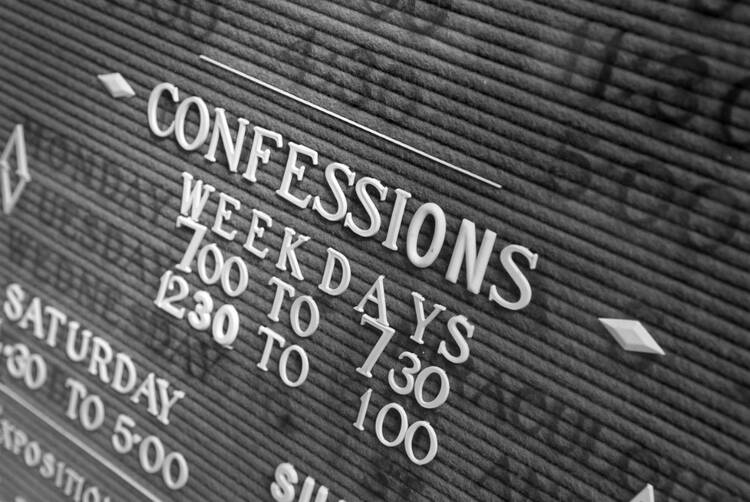 I recently did something that I had not done for over 35 years. I went to confession.

Leading up to this momentous occasion, it was the opening “Bless me Father, for I have sinned, it has been approximately 37 years since my last confession” part that worried me most. How awkward was that going to be? What kind of excuse could I use for not attending confession since three popes ago, when Ronald Reagan or perhaps Jimmy Carter was in the White House?

When I was last at confession the price of a first-class stamp was probably 15 cents. The original “Raiders of the Lost Ark” movie was out. Sheena Easton and Blondie were atop the pop music charts.

Another pre-confession worry: I realize the confessional booth is anonymous, but in this day and age I fretted about hidden cameras and having my confession wind up on YouTube. These days you have to think about that stuff, right? We have zero privacy. Who is to say there wasn’t going to be a headline reading “Dude’s First Confession Since 1981 Goes Viral, Gets 2 Million Clicks”?

It was the “Bless me Father, for I have sinned, it has been approximately 37 years since my last confession” part that worried me most.

I had nightmares about Howie Mandel shoving his head inside the booth and informing me that I am on a new hidden-camera reality show “Confessions Gone Wild.” Or that pushy guy from ABC, John Quiñones. Quiñones may just thrust himself into the booth with three cameramen behind him jockeying for the best angle and say, “Do you ever watch a show called ‘What Would You Do’?” I’d reply, “Yeah, if I can’t change the channel fast enough.” Quiñones would go, “Well, that priest you just talked to is really an actor!” I’d retort: “I thought I recognized his voice. He’s the dude from the Geico commercial, right?”

I should probably explain that my reason for not going to confession for three and a half decades is that I had absolutely nothing to confess since I’ve led an exemplary life. No, wait: It’s because I am a lapsed Catholic. That plus my last confession did not go well. Without going into detail, let’s just say I felt a need to be entertaining. I fancied myself a future comedian at the time, so I embellished, which I imagine is frowned upon. To set the record straight: I have never shoplifted socks.

So why go now? It was sort of a promise I had made to my mother when she was dying in 2015. Not a direct promise, but I said something about looking into the church again, the one that I had strayed from. I keep my promises.

I am from a moderately Catholic family in Nebraska, meaning we attended church every Sunday unless the N.F.L. Game of the Week began at 11 a.m.

I am from a moderately Catholic family in Nebraska, meaning we attended church every Sunday unless the N.F.L. Game of the Week began at 11 a.m. because it was played on the East Coast. Sometimes we would go to Mass on Saturday night, which was just like a regular Sunday service minus the 34 songs (42 if you count the ones in Latin) from the choir. Sunday morning service at our church was sort of like the Grammy Awards, only with more musical numbers.

Then the Nebraska Cornhusker football team got lights in the stadium allowing for evening games, which put an end to Saturday night church for us even though the football program could obviously have used our prayers.

One of my regrets about leaving the church was that I missed out on fish fries during Lent. Not so for the rest of my family members. Beginning in the late 1980s they stood in long lines resembling 1970s lines to buy gas during the energy crisis. My nephew once calculated that of his first 12 years of life, approximately three years were spent standing in line at fish fries.

I had been to several Catholic funerals and a few weddings since my last confession but otherwise had not visited a church.

A little research told me that it was now possible to do a face-to-face confession if you desire. I decided to stick with the covert, discreet version. Even that seemed awkward. I half expected there to be a way to confess your sins by text message or online chat room by now.

Anyway, that was how I recently found myself driving to the St. Charles Borromeo Church in Omaha, Neb., on a Wednesday morning. Confession was scheduled for 11:40 a.m. to 11:55 a.m. Evidently the congregation of St. Charles Borromeo is made up primarily of saints and speed talkers.

I walked inside a few minutes before 11:30, knowing I was early. With all of the sinning in the world today I figured there’d be a long line. If everyone who needed to atone for their sins in 2018 was at confession, the line should have stretched for miles. If only those who made a snarky comment on Facebook that week or had taken credit for a food dish on Pinterest they had lifted from Martha Stewart’s blog dropped by, the line would be out the door.

Apparently there’s not as much sinning as I thought since there was no line. (Idea: Offer fried fish outside the confessional to draw a crowd.) There also was not a priest. Although I had not been in a while, I was pretty sure the latter was a vital component in this process.

The church seemed almost brand new and ultra modern. I later learned it was erected in 2005. Everything was fresh and clean and flush with natural light. It was very different from the Catholic churches of my youth, which typically had the ambiance of a Warsaw train station.

Soon enough the light in the priest’s side of the booth flickered on. I entered through the confessee door and took my place kneeling, and, well, I’m not going to divulge lots of details. What happens in the confessional stays in the confessional. I will say that I led with “It’s been over 37 years since my last confession” and didn’t hear a door slam so I knew the priest was still there and thus continued.

I also didn’t hear Howie Mandel, so that was a relief.

This story does not end with some huge epiphany or weepy nostalgia. I did it, and I am glad I went. I will not reveal my penance other than to say that I should finish around April 2021.

I was left with a relaxed, peaceful feeling afterward. It felt good knowing that Mom is proud of me. The whole thing was cathartic, even if it wasn’t life-changing. Life-affirming? Definitely. I probably won’t wait another 37 years to go again. 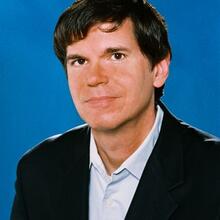 Brad Dickson is a former staff writer for “The Tonight Show with Jay Leno” and a former newspaper humor columnist. He has co-authored two books published by Simon & Schuster and publishes the blog BradDicksononline.com.

A 70 year old man proudly confessed he’d been having sexual relations with a numbe4 of women of various ages. The priest asked when he last confessed. He said, never, as he is Jewish. The priest asked why was he telling him all this. He replied, “I’m telling EVERYONE.”

This is the kind of thing the Society of Jesus promotes these days? Stupid, unfunny nonsense? And this recommended along side a profile on a 'Pro-life Democrat'? Bernard Lonergan and Karl Rahner roll in their graves.

What we must take into account primarily is the educational management , which is a systematic process that is aimed at strengthening educational institutions in order to enrich the pedagogical, managerial, community and administrative processes, to preserve the institutional autonomy to be able to respond to the educational, local, regional and world needs; in itself, educational management is a systematic process that has established steps in which one must start with planning and evaluation to strengthen what institutions are, in order to carry out this, phases are needed. Essay Help UK Top Essay Writing Service | Essay Mafia

Love the estimated time for penance completion. Kind of a soft shoe, but relatable and I get the point -to paraphrase a boomer's song; it must've been the condition our conditions are in. - Thanks ..

Hm, very jokey. But I suppose the most important part was what he didn't say.

Thank you for your Confession, right now the Catholic Church Faithful could use a little humor.

Brad, you are a hilarious writer; I appreciate your talent, and with Ms. Hemsworth below, I believe the important part of this piece is what you didn't say. And, as Mr. Marcrie says, we "need a little humor", given the painfulness of our times. On the other hand, I am taken aback by the way this sacrament is appropriated as joke-material, for instance, by Steven Colbert in his confessional spoof. It is such a "big deal" that we are sinners with much for which to be forgiven and that we Catholics are blessed with this encounter with the mercy of God! I'd like to see more Catholics availing themselves of this precious sacrament and less joking about it. In any case, welcome back, Brad! Joyful Christmas!

It would seem that you are still in serious moral depravity, mockery of a sacrament will not hurt the sacrament but I cannot say that about he who mocks.
If any part of this rubbish is true, I think your mother will have turned over in her grave in distress, not been pleased.
No, I do not own up to lacking a sense of humour but I do recognise bad taste.

I recently came across your blog and have been reading along. I thought I would leave my first comment. I don't know what to say except that I have enjoyed reading. Nice blog. I will keep visiting this blog very often. You made so many great points here that I read your article a couple of times. Your views are in accordance with my own for the most part. This is great content for your readers. Thanks Packers and Movers in Marathahalli