Mary, Moses and the miracles of Advent

Mary, Moses and the miracles of Advent 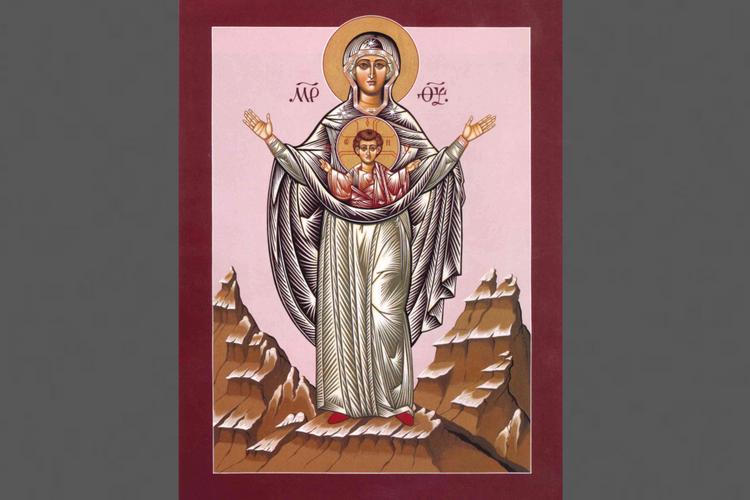 “Our Lady Of The New Advent The Burning Bush,” by William Hart McNichols

It is December, and things are ending. Students get their papers in and prep for finals. Retailers push for a sales rush to declare a good year. Our northern world grows darker, daylight shorter. The calendar is down to its last page.

But in our religious tradition, December is when we turn back to the beginning. It is Advent, the lead-up to Christmas, placed close to the day when the sun begins to shine longer and night grows shorter.

Sure, a lot of preparing grabs our time and energy in December—Santa and shopping lists, gifts and invitations. But in stolen moments of reflection, December is hope, a chance to start anew, a return to basic groundwork and fundamental questions. We can draw the line on who we have been and what we have done and get to start again. We often need another chance.

In our religious tradition, December is when we turn back to the beginning.

The book of Exodus tells how Moses got a second chance—a new opportunity to serve his God and his people. Moses had a rough beginning. A new Pharaoh came to power and decided to kill all the Hebrew boys. Moses’ mother hid him, and Pharaoh’s daughter found and raised him. One day Moses saw an Egyptian strike a Hebrew, and he killed the Egyptian. He fled east to Midian, where he met Jethro, who had flocks of sheep and seven daughters. Moses married one of these daughters.

In chapter three, Moses is tending Jethro’s sheep at Horeb, a place that even in the desert wilderness is remote. It is a good place for a man who is a murderer and a fugitive. But Moses’ quiet life is soon to change. For at Horeb:

the angel of God appeared to him in the shape of a flame of fire, coming from the middle of a bush. Moses looked; there was the bush blazing but it was not being burned up. “I must...look at this strange sight,” Moses said. … Now the Lord...called to him from the middle of the bush. “Moses, Moses!”... “Here I am,” he answered. “Come no nearer,” he said. “Take off your shoes, for the place on which you stand is holy ground. I am the God of...Abraham...of Isaac and...of Jacob.”... Moses covered his face, afraid to look at God.

This is a mythic encounter with its remote setting and solemn words, and Moses is never the same. Rabbi Lawrence Kushner suggests that the burning bush is a test and that the miracle here is that Moses stops what he is doing long enough to see. He stays long enough to see that the fire does not consume the bush. He notices, and when he notices he finds God.

There is, in the tradition of icons, an image of Mary appearing in the burning bush. An icon is an invitation to notice, to pause for a while and to look, to stop the processes of logic and to unleash the powers of imagination, to spend some time in the presence of the holy.

The burning bush that burns is an invitation to stop and to notice and to experience the miracle that is the life that God has given us.

In this icon, we do not see the fiery bush but the virgin mother and her young son. She stands in soft curves atop the jagged mountain shapes that know no human life. In this barrenness, she holds life.

Mary and Jesus are warm in living colors; the mountains are hot and cold in earth tones. Mother and child stand above earth’s life systems. Mary’s shoes glow like coals. God told Moses, “Take off your shoes,” but Mary is the holy ground of encounter.

Mary and Jesus extend their hands in prayer. They are open to God’s presence. Jesus’ outstretched hands hint strongly at his crucifixion. That Mary makes the same posture is a chilling reminder of the extremes to which her surrender to God’s will takes her.

Mary makes the divinity present to our world in a wondrous way. That is our call, too, in our maybe less wondrous way. We have become quite adept at obscuring the divine image in which we were created, but we cannot erase it.

In Advent, we stop to notice. We try to see God present in the people and in the events of our lives, in our longings and our hopes. The bush that burns is an invitation to stop and to notice and to experience the miracle that is the life that God has given us. Miracles surround us; burning bushes keep revealing the Lord’s work. We can start anew. But we need to stop and notice.

Love this icon... The flaming bush opens to both reveal and lovingly enfold mother and child. Mary and Jesus open their arms together in a loving invitation.... Thanks for sharing this. The icon was new to me.

Love this icon... The flaming bush opens to both reveal and lovingly enfold mother and child. Mary and Jesus open their arms together in a loving invitation.... Thanks for sharing this. The icon was new to me.