Pope Francis’ efforts to clean up Vatican finances rewarded by the E.U. 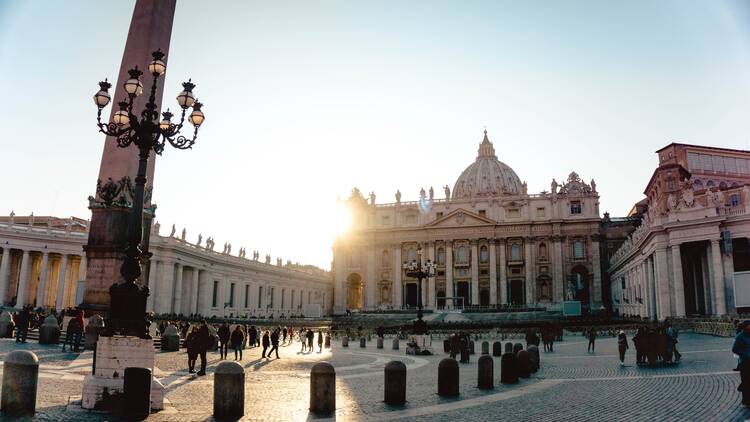 Photo by Yeo Khee on Unsplash

In a decision that is seen as a recognition of the Vatican’s achievements at financial transparency under Pope Francis, the Board of the European Payments Council last week “approved the extension of the geographical scope of the Single Euro Payments Area to Vatican City State and the Holy See.”

The Vatican today announced the approval of its application to join S.E.P.A., which is a payment-integration initiative of the European Union for simplification of bank transfers in the euro currency that came into effect in 2014.

The Vatican statement explained that “S.E.P.A. harmonizes the way electronic euro payments are made across Europe. It allows European consumers, businesses and public administrations to make and receive credit transfers as well as direct debit under the same basic conditions and makes all cross-border payments in euro as easy as domestic payments.”

Participation in S.E.P.A. means that the Holy See and the Vatican City State will be able to move money using an IBAN code. This will first benefit the Institute for the Works of Religion, commonly referred to as the Vatican Bank, and the administration that manages Vatican real estate, but in due course, the Vatican’s other financial institutions will also benefit.

Ever since his election as pope on March 13, 2013, Francis has sought to reform the Roman Curia, starting with Vatican finances.

The Vatican said “it is foreseen that as of 1 March 2019, the S.E.P.A. schemes are open to the financial institutions of the Vatican City State/Holy See, once they have joined.” On that date, the following 36 countries will form part of S.E.P.A.: the 28 European Union Member States plus Iceland, Norway, Liechtenstein, Switzerland, Monaco, San Marino, the Principality of Andorra and the Vatican City State/Holy See.

“The successful application to S.E.P.A. is a very positive sign. It helps to facilitate payments and harmonizes such services. Furthermore, it demonstrates the Holy See’s efforts to enhance financial transparency,” according to René Bruelhart, a Swiss lawyer, whom Pope Francis appointed as the president of the board of directors of the Vatican’s Financial Information Authority, its anti-money laundering agency. He is the first layman to hold that position.

Ever since his election as pope on March 13, 2013, Francis has sought, in accordance with the wishes of the cardinals who elected him, to reform the Roman Curia, starting with Vatican finances. Building on the efforts made by Benedict XVI, he quickly ordered a total review of these finances and, in particular, the Vatican Bank. As part of that reform, he established the Secretariat for the Economy and appointed the Australian cardinal, George Pell, as its prefect, on Feb. 24, 2014. The cardinal worked in the face of much opposition to ensure full transparency and accountability in all Vatican finances and to introduce a system whereby every Vatican office has a budget linked to a work program.

But before he could finish that work he had to take a leave of absence on June 29, 2017, and return to Australia to stand trial for historical cases of sexual abuse alleged to have taken place some decades ago. The first of two trials is still underway, and it is unlikely that he will be able to return to Rome before his five-year mandate as prefect of the secretariat expires on Feb. 24, 2019.

In the cardinal’s absence, Francis has assigned interim responsibility for the secretariat to the Italian monsignor Luigi Misto after he nominated its secretary general, the Maltese monsignor Alfred Xuereb, as nuncio to South Korea and Mongolia.

In a conclusion that is seen as an acceptance of the Vatican’s accomplishment at financial clarity under Pope Francis, the Board of the European Payments Council approved the expansion of the geographical background of the (SEPA) to Vatican City State and the sacred perceive.
Source: Professional Thesis writers.

I appreciate to pope francis to clean vatican finances rewarded by the EU. I think you will have any other post on this topic? I am also sending it to my friend to enjoy your working style. It is because i love informative blogs and this is one of them. Sherlock Coat Replica