How the Great War gave us the U.S.C.C.B. 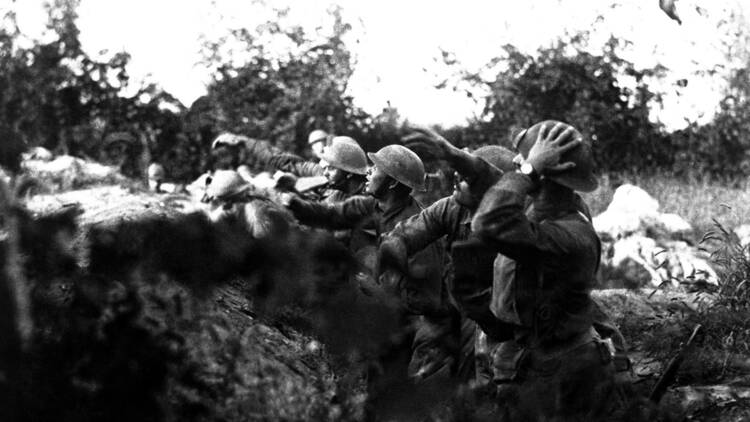 American soldiers on the Piave front throw hand grenades toward the Austrian trenches, near Varage, Italy, on Sept. 16, 1918, during World War I. Photo by Sgt. A. Marcioni/Creative Commons

(RNS) — As U.S. Catholic bishops open their annual gathering today (Nov. 12) in Baltimore, the rest of the world is marking 100 years since the end of the First World War.

The two events are not unrelated. The “war to end all wars,” whose armistice took effect at 11 a.m. on Nov. 11, 1918, was a global conflagration that birthed the modern world — but it also gave birth to the national Catholic hierarchy charged with raising the place and the power of Catholics in America.

Now, a century later, the U.S. is facing political conflicts similar to the ones churned up by the “Great War,” even as the U.S. Conference of Catholic Bishops is facing its own moment of truth.

The latest revelations about decades of clergy sexual abuse have directed widespread fury at the bishops, while the leadership of Pope Francis has exposed rifts within the hierarchy that would have been unthinkable a century ago.

On April 18, 1917, 12 days after the U.S. declared war on Germany, America’s Catholic bishops met at the Catholic University in Washington to consider their response. Their immediate mission was to support Catholic troops overseas; some 1 million of America’s 17.5 million Catholics at the time enlisted.

But the gathering also brought the country’s Catholic leaders as a unified and benevolent presence to the nation’s capital just as it was about to become the world’s geopolitical center.

“The war was a pivotal moment in further assimilating Catholics to the nation-state from a beleaguered minority to a group more fully aligned with American nationalism,” John McGreevy, Francis A. McAnaney Professor of History at the University of Notre Dame, told Religion News Service.

American Catholics were diverse and fractious then, fueled by immigration in the 19th century from Ireland, Germany and Italy, and more recently from Poland and Eastern Europe. While still a history professor at Princeton University in 1902, Woodrow Wilson had disparaged southern Italians and Eastern Europeans as having “neither skill nor energy nor any initiative of quick intelligence.”

White Protestant establishment Americans saw American Catholics “as this foreign body in the nation, one ruled by Rome,” said McGreevy.

White Protestant establishment Americans saw American Catholics “as this foreign body in the nation, one ruled by Rome,” said McGreevy.

Mainline Protestants had consolidated their own power in 1908 by forming the Federal Council of Churches. The country’s Catholic hierarchy now saw the U.S. entry into the world war as their own path to power. Led by Cardinal James Gibbons, archbishop of Baltimore, the bishops wrote a letter to then-President Wilson, pledging allegiance to the war effort:

In pledging allegiance to the president, they were also plain in their defiance of papal authority.

On Aug. 11, 1917, the bishops met again at the Catholic University to put their plan into action. Representatives from 68 dioceses, 27 Catholic societies and 18 Catholic publications formed the National Catholic War Council to attend to Catholics at home and overseas, “For God and Country.”

Father John Burke, a 42-year-old Paulist priest and editor of the Catholic World, was elected president of the NCWC. Working with the Knights of Columbus, he became the manager of the NCWC’s plan to transform the nation’s Catholics from outsiders to insiders.

The Knights, who had experience working with the Army during American wars with Mexico, were already stationed in military camps in the United States and Europe by September 1917, prepared to attend to the spiritual and recreational needs of Catholics in uniform — and maybe even to poach some recruits. A campaign pamphlet describes their mission as “keep[ing] our four hundred thousand Catholic soldiers and sailors clean in soul and body, and steadfast in the Faith of their Fathers” while at the same time creating “amusement and recreation for all our soldiers, regardless of creed.”

Burke managed the war council on the home front, launching a fundraising drive in New York City in the spring of 1918 with a goal of $2.5 million. Instead, Burke’s team reached $5 million (nearly $90 million today), with donations coming from the Catholic community as well as from the Protestant and Jewish communities.

Indeed, Burke had made ecumenical progress working with the Committee of Six, a body of Catholic, Protestant and Jewish representatives that advised the War Department on morality, aimed largely at the Sisyphean task of keeping liquor and prostitutes far from the soldiers.

Most significantly, Burke arranged to have the NCWC placed under the oversight of 14 bishops, thus consolidating episcopal power over the organization. The bishops as the NCWC would represent and lobby for Catholic interests in Washington.

When the war ended on Nov. 11, 1918, it was clear to all that the NCWC was a remarkably effective organization. It had secured a healthy war chest from fundraising and its share of the United War Work Campaign and advanced the Catholic cause in Washington.

Most significantly, it presented a patriotic Catholic face to the nations at a critical juncture. Now, with their national muscle bulked up, the bishops moved to sustain the power they had achieved in wartime. In September 1919, nearly a year after the armistice, 101 diocesan bishops again met at the Catholic University in Washington to approve the National Catholic Welfare Council.

With Burke serving as general secretary, the council voted to hold an annual meeting of all the country’s Catholic bishops, who would decide policy for the organization’s office in Washington, which would be composed of five departments: education, social action, laity, press and missions.

And so it remained until 1966, when they became the National Conference of Catholic Bishops, rechristening in 2001 to the USCCB.

This November, the convening bishops will face what is perhaps the biggest test of their leadership since the council was established, and one of the darkest parts of the Catholic story: their apparent failure to protect their flock from predators within.

This November, the convening bishops will face what is perhaps the biggest test of their leadership since the council was established.

“It’s the biggest crisis in the history of modern Catholicism and involving the state in a way not seen since the 19th century,” says McGreevy. “It’s the collapse of leadership in Catholicism that is the most devastating. Do they have the capacity to act together as a group in a convincing way on this crisis? The evidence so far isn’t good. It’s not a voice to Washington now — it’s a voice to the broader church and those who are watching.” 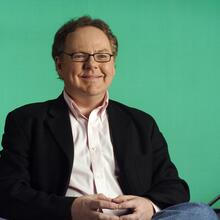