I took in a Honduran refugee. It was no big deal—really. 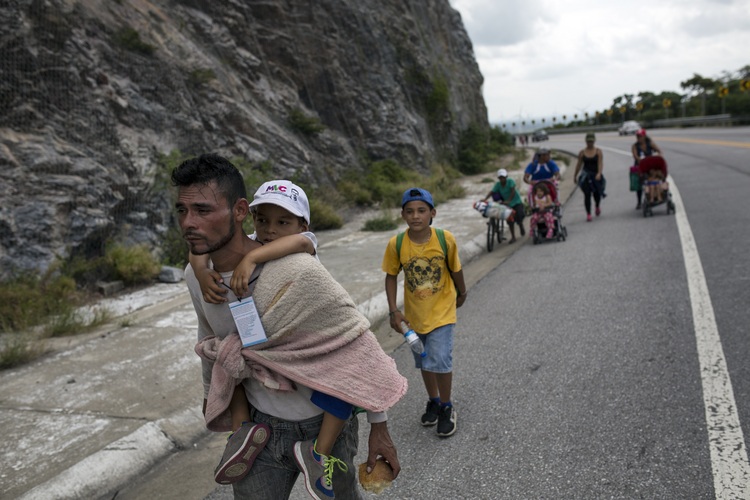 On a recent Saturday afternoon, I took my Honduran houseguest, Gerardo, for a haircut at my favorite non-salon, the one with the barber pole and the bottles of complimentary liquor and where a Brooklyn hipster can lose his Old Testament beard for about $8. Gerardo had looked O.K. to me, but he was pretty eager to get tidied up. I guess six months in a detention center will do that to you.

The woman I live with never thinks she does enough for other people; she is a civil rights lawyer who devotes much of her time to immigration cases, and as far as I can tell, she saves people’s lives on a regular basis. On election night in 2016, she literally wept, knowing how much worse things were going to become for people fleeing gangs, crime and corruption in places like Honduras, Guatemala and El Salvador—you know, the poor, tired and oppressed who are “infesting” the United States because they do not want their children to be murdered.

I met Gerardo a few days after my wife had said: “I have a favor to ask. You can’t say no.” I had no intention of saying no. Not after an overture like that.

We did not have the world’s goods, per se. But we had enough to share. And how much is that anyway?

But she was still stressed out over the weekend because, among other things, she had not managed to get a federal judge to free Gerardo’s 2-year-old son from foster care in the Bronx. The boy had been a detainee for six months, too, and any communication between father and son had been forbidden by the Office of Refugee Resettlement. But, hey, you know, it was a Friday afternoon. “What’s a few more days?” the judge had asked. My wife was taking it all very badly.

I, on the other hand, was feeling quite good about myself, having bought Gerardo a haircut.

Is there such a thing as an act of pure love, of pure charity? Matthew 6:1-4 tells us, “When you give to the poor, do not sound a trumpet before you.” In other words, make your donations anonymously. Don’t name a hospital after yourself. And don’t, for heaven’s sake, write an essay about how you took in a Honduran refugee because you are such a big-hearted guy.

Do we ever commit acts of kindness without questioning why we have done them? We shouldn’t. There is usually a motive. I had no illusions about mine. One, I knew I would feel good about the whole thing—beneficent, righteous even. Anything that defies in any small way the cruelty masquerading as U.S. immigration policy would be a balm to my psychic wounds.

Do we ever commit acts of kindness without questioning why we have done them? We shouldn’t.

Two, I knew I would feel bad if we did not do it. There was an element of preventative psychology involved in my decision, which was not really a decision (see above).

Three, I was under no shortage of biblical admonitions. Among them: “But whoever has the world’s goods, and sees his brother in need and closes his heart against him, how does the love of God abide in him?” (John 3:17). We did not have the world’s goods, per se. But we had enough to share. And, by the way, how much is that anyway?

What a Franciscan shelter in Texas is doing to help asylum seekers
J.D. Long-García

It was not going to be a long-term arrangement: As soon as Gerardo got his son back—a reunion that was not really in doubt, I was assured by my in-house counsel—he was going to Texas (clearly, the man has a penchant for peril). Gerardo was no trouble; he had no English to speak of, but he clearly liked my cooking, which is not the kind of thing that requires spoken language. We managed to cobble together some conversation during our drive to the barber. He was particularly interested in all the “iglesias,” given that we were motoring around Brooklyn, “the borough of churches.”

Gerardo had fit in our house the way a caravan of 7,000 migrants would fit into the United States—without anyone much noticing.

In the “current climate,” as we say euphemistically, it has evidently become much easier to hate. But it has also easy to feel self-satisfied about doing the smallest amount of good. Since Gerardo came and went (he is currently in Austin, with his son) people have been very complimentary, I guess is the word, about something that was not much of a sacrifice. We gave him some cash and, of course, a haircut (don’t forget that haircut!). But Gerardo had fit in our house the way a caravan of 7,000 migrants would fit into the United States—without anyone much noticing. Unless they wanted to make a big deal about it.

The ones we should make a big deal about—and who wouldn’t let us if we tried—are the lifelong agents of agape, the people who perform acts of pure, motiveless love and do so routinely, every day, never feeling they have done enough. My wife, for instance. Or the nuns who care for the sick and dying and hold prayer vigils outside detention centers every day and the lawyers—yes, lawyers—who work tirelessly against a system that is increasingly rigged against them, as they labor, year in and year out, to free the unjustly imprisoned in places like, say, Guantánamo. I bet the detainees there would like a decent haircut. 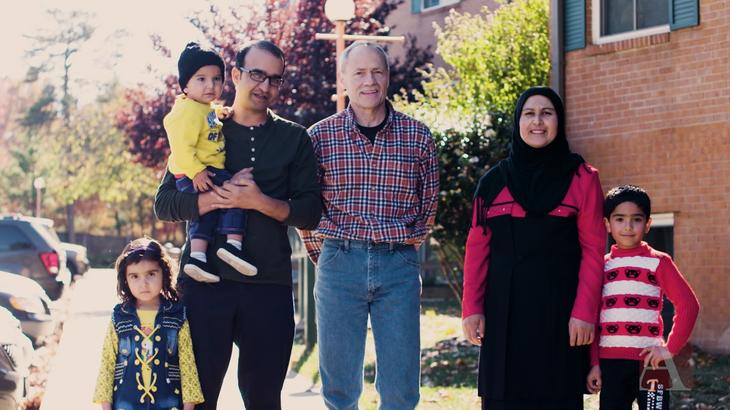 Speaking of which: Back at the barbershop, where the barbers are all immigrant Russian Jews, Gerardo was bridging the cultural gap with numbers: One for the back, two for the sides, three for the top—the universal language of hair clippers. The barber understood. He understood everything. “Where’s your friend from?” he asked me. I told him and added, “He doesn’t have much English,” but he waved it aside. No need to explain. No need to pay for him either, he said. I did—but the offer was an act of pure love. And it spoke volumes.

I'm very glad that you feel so very good about yourself. Now, if you care to take the time to look around you might be amazed by the number of people in your own backyard who are suffering: there are the homeless (but they aren't immigrants), those in Appalachia (seriously, Appalachia? that's so 1960s-ish), children in our inner cities (tough luck, not immigrants, and they didn't want to come here anyway), but, ohh, the Caravan. If Jesus was ever selective in his love this is by far a most modern example. But who am I to judge the really good feeling someone may get from "amoris electionem selectivam". (This is a Latin translation so it must be valid.) I'm surprised the bishops haven't issued a proclamation with this concept. "Pay special attention to the ones we care about and.... not so much the rest." Sorry, John, just sayin'. This is a bizarre reordering of the Parable of the Good Samaritan. One wonders if the bishops and cardinals who are jetting down to the border are even aware.

Why are you assuming that those who help immigrants are not interested in and don't help needy people in the US?

Appalachia continues to vote the Republican Right year after year and you wonder why they never get out of Poverty. The Conservative Right wins by a strategy of keeping them Prejudice and Uneducated. We see this Racism of Politics more today than ever because it wins. A true Christian should not care what county, state, and country you live in. Saint Theresa of Calcutta helped the poorest of the poor and did not care what country, religion ( Hindu, Muslim, Christian ) and political party, you came from. This is true Catholicism that we as Catholics should practice.

The Scorpion and The Frog - wait for it.

Yes, it WAS no big deal.
Shallow virtue signalling and propaganda.

Only God can judge. And you, I guess.

Why is it only Leftist Whites who take in colored people?

I think this website had a story where a White Italian family took in a strong, virile Nigerian man in his 20s to live around the Italian family's teenage daughter and son. I am wondering when the White daughter or son are going to be rape and the daughter impregnated?

Leftist propaganda to destroy Whites, i.e. White genocide: That Whites must "save" colored people by Whites babysitting healthy, strong and sexually active African men in their teens and 20s.

Communist Theology 101: Everybody is equal, i.e. radical egalitarianism, therefore there is absolutely not need for Whites to save anyone. People in distress should rely on their own community and stop expecting the "Great White Savior" to rescue them, i.e. the White man, i.e. the First World saving the Third World. The Third World is in the condition it is in due to the low IQ of Third Worlders (60 - 70) compared to First Worlders (100) and nothing short of massive eugenics is going to change that.