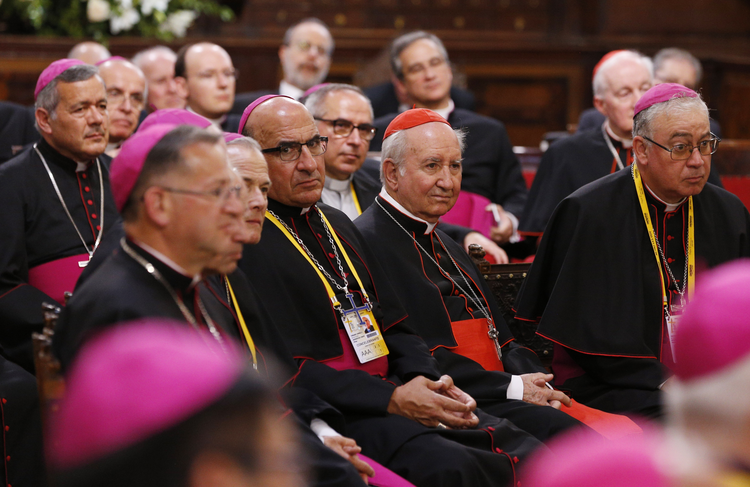 VATICAN CITY (CNS) -- The Vatican is investigating an accusation of abuse against a controversial Chilean archbishop, the Schonstatt Fathers confirmed.

In a statement released Oct. 6, Schonstatt Father Fernando Baeza, the order's provincial superior in Santiago, Chile, said an accusation of abuse that occurred in Germany in 2004 against retired Archbishop Francisco Jose Cox was reported in 2017.

"Once the complaint was received, a canonical trial was opened in Germany and was sent to the Congregation for the Doctrine of Faith, the congregation that is responsible for receiving and resolving complaints made against clergy and who should resolve the canonical consequences of this complaint," Father Baeza said.

"Once the complaint was received, a canonical trial was opened in Germany and was sent to the Congregation for the Doctrine of Faith"

He also confirmed that the retired archbishop currently resides at the Schonstatt Fathers' general house in Vallendar, Germany.

Father Baeza said the Schonstatt Fathers were committed to "establishing new criteria of discernment in the face of this painful reality and to never abandon victims."

Although the alleged abuse occurred in 2004, allegations have been made in the past against the Chilean archbishop, who reportedly is also a childhood friend of Cardinal Francisco Javier Errazuriz, the former archbishop of Santiago.

Ordained a bishop in 1971, Archbishop Cox led the Diocese of Chillan, Chile, for six years before he was appointed in 1981 by St. John Paul II as secretary of the former Pontifical Council for the Family.

In 1985, he was appointed coadjutor archbishop of the Archdiocese of La Serena. Two years later, he led the organizing committee for St. John Paul's visit to Chile.

Two years after Archbishop Cox took over the archdiocese, Father Manuel Hervia, a diocesan priest, made a formal complaint in 1992 to the Chilean bishops' conference, claiming he discovered Archbishop Cox engaged in sexual relations with a young man.

Following an investigation by the apostolic nunciature in Chile, Archbishop Cox announced his resignation April 16, 1997, at the age of 63.

Despite the serious nature of the allegations against him, Archbishop Cox continued to play an active role in the church. He was appointed in 1999 as president of the national commission overseeing the Jubilee Year celebrations and in March 2001 was part of the delegation representing the Chilean bishops at the Latin American bishops' council, or CELAM, meeting in Colombia.

In October 2002, on the eve of the publication of an expose on Archbishop Cox's behavior, Cardinal Errazuriz was interviewed by Chilean news channel, Canal 13, regarding the allegations against Archbishop Cox.

Cardinal Errazuriz said he was unaware of "the concrete accusations" that were to be made by the newspaper and said he was saddened "because I studied with him for many years."

"What I do know is that in the last moments of his work in La Serena, there were always rumors due to his distinct form of affection that was common among us. It was excessively expressive and that led to rumors by many people looking for a meaning behind it," Cardinal Errazuriz said.

The former archbishop of Santiago said that it was Archbishop Cox -- and not the church -- who decided that he should retire from active ministry and that he would live at a Schonstatt monastery in Lucerne, Switzerland, where he would dedicate himself to prayer, penitence and study, "to continue praising God and to seek forgiveness for his errors."

Despite referring to the allegations against Archbishop Cox as "rumors," Cardinal Errazuriz released a statement several days later asking forgiveness for those hurt by the retired archbishop's actions.

The statement, which was published by the Chilean bishops' conference Nov. 5, 2002, also cited Archbishop Cox's words to the faithful of his former diocese, "I ask forgiveness for this dark side within me and which is against the Gospel."

In 2012, Archbishop Cox was transferred to Vallendar, where the Schonstatt movement's headquarters is located, after being diagnosed with cancer. He still resides there and is reportedly suffering from dementia.

Archbishop Cox refused to answer questions Oct. 7 from a reporter for the Chilean national news program "24Horas," saying that he could not speak "in this time in which there is great confusion in Chile."

Asked about the allegations against him in Chile and Germany, he replied, "That's not my problem at this moment."