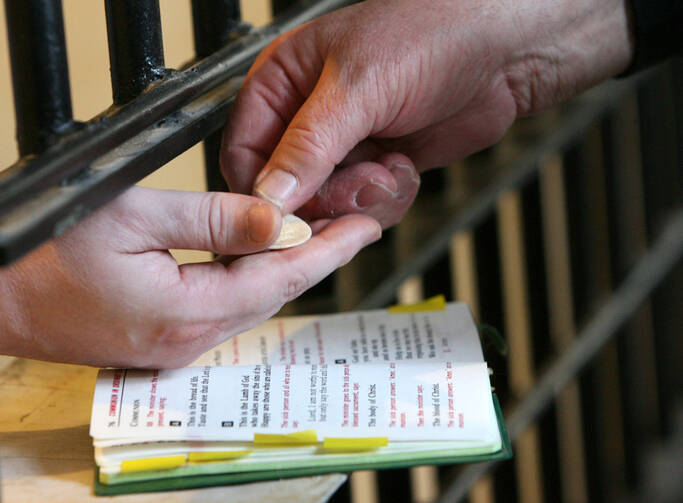 Rev. Donna Mote, an Episcopal chaplain at the Atlanta Hartsfield Airport, works in one of busiest transport hubs in the world. With over 883,680 take-offs and landings per year, the airport’s daily population is a city unto itself—an average of 276,000 passengers and 63,000 employees.

Rev. Mote said that while she loves airports and aviation, she knows that traveling can be a stressful experience for many. “It’s good to be in that space and to be a hope, a source of calm in the midst of confusion. It’s never the same day twice,” said Rev. Mote. “It puts you in a real mix of people and languages and cultures and religions.”

This type of diversity is more common in chaplaincy than other pastoral work. While most ministers serve a fairly fixed community of believers who share their faith, “most chaplains do their work in a hospital or a prison or the military, and their congregation, so to speak, is everyone who is involved in that hospital or that prison,” said Wendy Cadge, a sociologist at Brandeis University who has studied chaplaincy for over a decade. “My opinion is that chaplains need to be much more familiar with religious difference.”

Dr. Cadge is one of the researchers spearheading the new Chaplaincy Innovation Lab based out of University in Waltham, Mass. On Oct. 9, the lab launched its website and related social media platforms. The website, which will include a series of webinars hosted by chaplains, seeks to gather theologians, academics and chaplains to share research and practical strategies for effective chaplaincy.

The goal of the lab is to create community and discover best practices of chaplaincy formation. Many masters of divinity programs are currently geared more toward forming pastors, ministers that will serve a church or parish community, than chaplains, ministers who work in secular settings. And there is no agreed upon standard of education for chaplains across traditions and disciplines. Even federally employed chaplains, like those who work with the military, have different training requirements depending on the branch they serve.

Wherever they are, chaplains face unique challenges. For instance, chaplains usually operate within secular institutions—like prisons, hospitals and public universities—and must operate within the bureaucracies and power structures of those organizations. Chaplains are also more likely to engage and provide services to people from different faith traditions or no faith tradition. And they frequently accompany people in traumatic times, said Rev. Sarah Jobe, a Baptist minister who works as a chaplain at a minimum-security women’s prison in Raleigh, N.C.

There is no agreed upon standard of education for chaplains across traditions and disciplines.

While faith communities are in many ways similar, Rev. Jobe notes that there are challenges unique to chaplaincy. Rev. Jobe said she frequently receives calls from women in crisis after their release, especially those looking for pastoral care after the loss of a loved one.

“The intensity level of the work of a chaplain is quite high,” said Rev. Jobe. “The Chaplaincy Lab has a vision for addressing this pretty difficult work that chaplains are facing and for equipping them in many ways that seminaries are not currently intentionally equipping chaplains.”

“They are just there to hear the story and to respond empathetically.”

Sister Kathleen Gallivan, the head of chaplaincy at Brigham and Women’s Hospital in Boston, Mass., has overseen and educated chaplains for over a decade. Along with Rev. Jobe, Rev. Mote and about 50 others, she will serve on the advisory board for the Chaplaincy Innovation Lab.

Sister Gallivan, who belongs to the order of Notre Dame de Namur, said that one of the most important things for chaplains to learn is to be present to the people they serve, and not to come with an agenda. “We do a lot of teaching with chaplains about how to not let their anxiety get in the way and to really listen deeply to what the patient is telling them,” said Sister Gallivan.

What life is like as a Catholic military chaplain
Sean Salai

At Brigham and Women’s Hospital, chaplains write up the conversations they have with patients to see moments when they were present to patients and moments when they could have listened and responded better. “It’s absolutely important that they don’t proselytize in any way,” said Sister Gallivan. “They are just there to hear the story and to respond empathetically.”

The Chaplaincy Innovation Lab begins today with its online presence. The lab plans to release a white paper about chaplaincy in the United States that will outline what information researchers know and do not yet know about the field of chaplaincy.

Both Rev. Jobe and Rev. Mote will be contributing webinars to the online community in the coming months. “Chaplaincy as a field is very disconnected,” said Dr. Cadge. “I think the opportunity for continuing education is part of what we hope this effort will bring.” 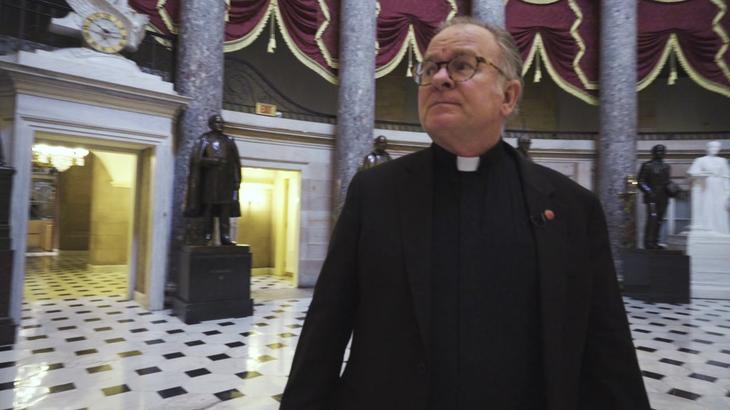 Emma Winters is an O’Hare fellow at America.