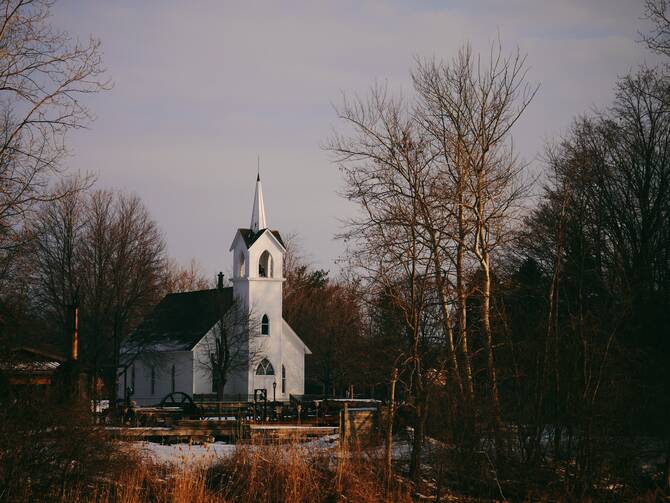 MERRILLVILLE, Ind. (CNS) -- A Byzantine Catholic priest was attacked Aug. 20 in the altar servers' sacristy of his church in Merrillville, near Gary in the northwestern part of the state.

The priest, Father Basil Hutsko, suffered a concussion in the attack at St. Michael Church, and was scheduled to undergo further tests to determine the extent of his injuries.

The attacker, who was still at large, jumped Father Hutsko from behind, according to Father Thomas Loya, director of the Respect Life Office for the Byzantine Ruthenian Catholic Eparchy of Parma, Ohio, and a member of the eparchy's presbyteral council.

In a Facebook posting after the attack, Father Loya said, "The attacker choked him and slammed his head to the ground. Father Basil lost consciousness. Before going unconscious, Father Basil heard the attacker say, 'This is for all the kids!'" -- a reference to clergy sex abuse scandals that have resurfaced in Pennsylvania and elsewhere.

Father Hutsko, who is in his 60s, is not suspected of any abuse, Father Loya told Catholic News Service in an Aug. 21 telephone interview.

Father Loya said Father Hutsko was alone in the church after having finished the morning liturgy at the time of the attack. The assailant "must have been pretty strong, because Father Hutsko is a pretty healthy, strong guy," he added. The attacker wore gloves, Father Loya noted. "He was smart enough to not leave any fingerprints."

What can I say to my kids when they ask why we keep faith in this church?
Kerry Weber

"I think some parishioners came by" and spotted the victim, said Father Loya, who also is pastor of Annunciation Byzantine Catholic Parish in Homer Glen, Illinois. The church was unlocked at the time of the attack. "He woke up eventually. He was a little wobbly," he said of Father Hutsko.

"The attacker got away. The police came, but they still don't have anybody. Some people apparently later on said the only thing they noticed there was a car in the parking lot for a while and it disappeared," Father Loya said.

"When I talked to him last night, he was feeling discomfort in an area he wasn't feeling prior," he added. "He did spend the night elsewhere, for which I'm glad."

"All clergy now have to be vigilant. Not paranoid, but vigilant," he added. "It's time to witness."