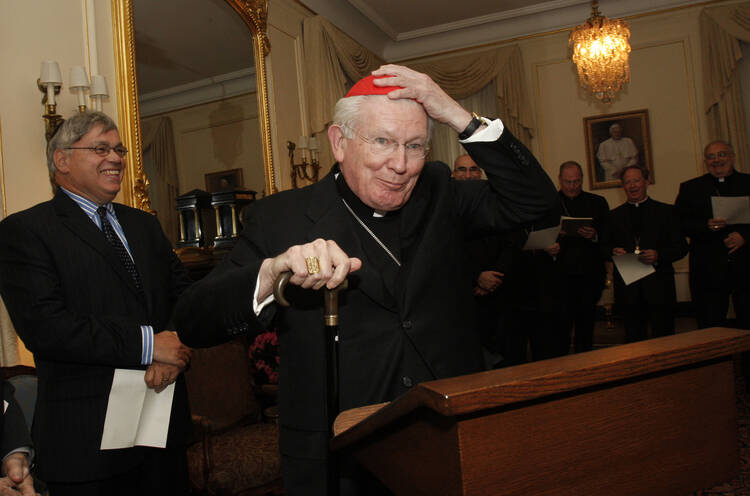 Cardinal William H. Keeler in May 2009. (CNS photo/Gregory A. Shemitz)

BALTIMORE (AP) — A new Catholic school in Baltimore will no longer feature the name of a late cardinal accused of failing to act in the case of priests who abused children in Pennsylvania.

Cardinal William H. Keeler had a reputation for transparency as archbishop of Baltimore, releasing in 2002 the names of 57 priests accused of sexual abuse. But a grand jury report released Tuesday details widespread sexual abuse in six of Pennsylvania's Roman Catholic dioceses. It accuses Keeler of covering up sexual abuse allegations while serving as bishop of Harrisburg. Keeler also allegedly allowed an accused priest to minister in the Baltimore archdiocese.