How can we recognize God’s grace in our lives?

How can we recognize God’s grace in our lives? 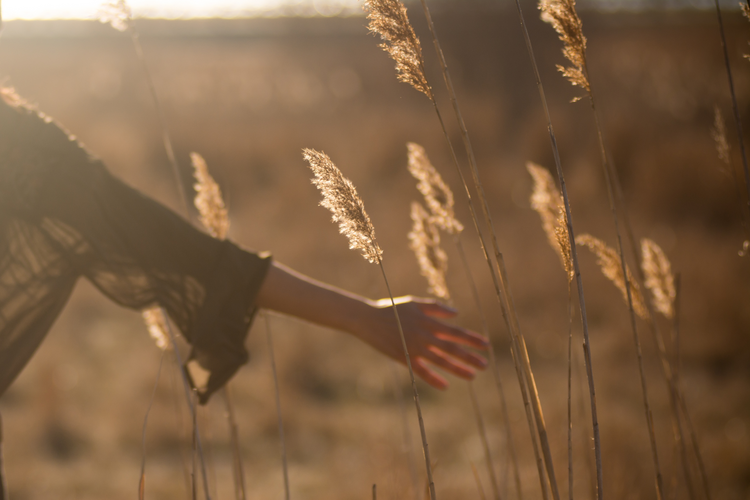 Photo by Oliver Pacas on Unsplash

The feeding of the multitude and the bread of life discourse that follows it take up almost all of St. John’s sixth chapter. And to the vexation of many homilists, fretting about saying something new on the same old topic, they occupy all too many Sunday Gospels over the summer.

Part of the problem is that very early in the church’s life we drifted away from the Lord’s own metaphor: Just as bread feeds us physically, he nourishes us spiritually. St. Paul penned a rich explanation that was much more ambiguous visually: Christ gives us his grace in the sacraments and in our daily lives.

As a marketable metaphor, bread is terrific: eat and live versus hunger and starve. The problem with grace—at least what we’ve made of it—is that it is a very ethereal, spiritual word. It offers no visual image of what we are talking about. Grace as an invisible, spiritual moonbeam is hard to picture and, consequently, hard to believe.

Grace is hard to picture and, consequently, hard to believe.

The Greek word that Paul used was charis, which is translated as “favor,” “gift” or “kindness.” It is a great word, but it lacks a visual image. But perhaps a related English meaning of the word can offer some insight. We also speak of grace as in graceful, elegant and perfectly proportioned.

Many years ago, I was the director of pastoral formation in a college seminary. At that level of study we sent the seminarians out to serve, not to lead. One of our best sites was Saint Raphael’s Nursing Home in Columbus, Ohio, run by the Carmelite Sisters of the Aged and Infirm.

My method of supervision was to visit a site each week and to do whatever it was that the seminarians were asked to do. That’s how I came to accompany a handful of students and 20 elderly residents on a trip to a pumpkin farm in central Ohio. We were led by the indomitable dynamo known as Sister Michelle.

Sister Michelle was smaller than the other sisters and really rather pretty. The Carmelite Sisters proudly displayed a photograph of President George H.W. Bush visiting Saint Raphael’s. The picture shows the president planting one big kiss on Sister Michelle’s cheek.

According to our Lord, grace “happens” or we “receive” grace when our spirits are nourished.

I don’t recall loading 20 wheelchairs into the specially equipped bus. That’s how smooth the operation ran. And at the farm, with four or five college seminarians, pushing the wheelchairs up a ramp onto a back of a flatbed truck for a hayride was easy enough. It’s when we got to the goats that things got messy. The truck had pulled up to a large pen of small billies. It must have recently rained because the goats were cavorting in mud.

“Look at the pretty baby goats!” Sister Michelle enthused. “Father Klein will bring one onto the truck so that we can all pet it.” Was Sister Michelle deferring to my sacerdotal gravitas? She must have been because—I can assure you—there is nothing about me that would suggest a latent ability for goat wrangling.

I climbed into the muddy pin and approached a few goats. They scattered. I repeated the action, almost slipping in the mud, to the delight of the crew on the flatbed, especially the seminarians.

Sister Michelle could see that the dignity of the priesthood was being compromised. In her white habit, she slipped effortlessly off the flatbed and over the small fence into the pen. I think that the goats were stunned because she simply picked up the one nearest to her and handed it to me. She was a splendid example of grace as graceful, elegant and perfectly proportioned.

Grace happens every time that through the work of the Holy Spirit we see the world as particularly patterned on our behalf.

Later that day, the residents were inside, enjoying cookies and hot coffee. I was still wiping goat mud off my black clerical shirt. Sister Michelle announced that all of the residents would use the portapotties before we boarded the bus to return to Columbus. There were 18 women, for whom Sister Michelle claimed total responsibility. That left two men for the handful of seminarians and me.

A seminarian from Wichita, Jim Weldon, and I dutifully pushed Big John up to the porta potty. We discovered that he was not able to rise from his wheelchair and enter unaided. Big John outweighed Jim and me combined. Lifting together, we could get him on his feet, but we were stymied as to how to get him into the portapotty. We vainly tried several approaches, the stupidest being of my own design. I stood, legs athwart, over the toilet, lifting Big John in while Jim pushed from behind. Of course, once Big John was in, I was squashed behind him in the toilet. I was extricated with the assistance of Sister Michelle, who had already completed her 18 toilet trips. Talk about grace as in graceful, elegant and perfectly proportioned. Of course, I refer to Sister Michelle’s work, not my own.

How has the “bread of life” strengthened you?
Michael Simone

If Broadway feeds our souls, why do we still need the Gospel?
Terrance Klein

How does Sister Michelle’s ministry help us to understand grace? According to our Lord, grace “happens” or we “receive” grace when our spirits are nourished. Grace isn’t an invisible moonbeam. It is a spiritual or, to use a term that St. Thomas Aquinas employed, an intellectual gift. For Aquinas, to be a spirit, to have a soul was to be an intellect ordered toward God. So grace “happens” when we perceive the world and God acting within it to be particularly, uniquely graceful, elegant and perfectly proportioned. We cannot help but believe that events in the world are being crafted to communicate God’s love with us.

So one could say, we receive grace or grace happens every time that through the work of the Holy Spirit we see the world as particularly patterned on our behalf. For example, our prayers are answered beyond our expectations or we are overwhelmed with a sense of gratitude for an unexpected kindness or loveliness. We cannot help but recognize that God is favoring us with kindness.

Most everyone who met Sister Michelle felt that they had been graced, to use yet another English form of the word. And they were right. Maybe that is what compelled President Bush to plant his peck on Sister’s cheek. In this gentle, soft-spoken whirlwind of a woman religious, he could see that God was truly being utterly gracious.

I understand what Fr. Klein is saying that Grace offers no visual image and so, is hard to believe. Yet, I suggest, that to find Grace it must first be recognized as Grace. To do this we must always look for its frame! The Father is not just a “Nice Guy” with a beautiful home in the sky helping everybody because they ask. For Grace to happen, in other words for God to intervene, there must be a genuine NEED. It’s not that God is mean, rather it’s all about truth, the whole truth and nothing but the truth. Grace is God-speak, telling the truth. At least so it seems to me.