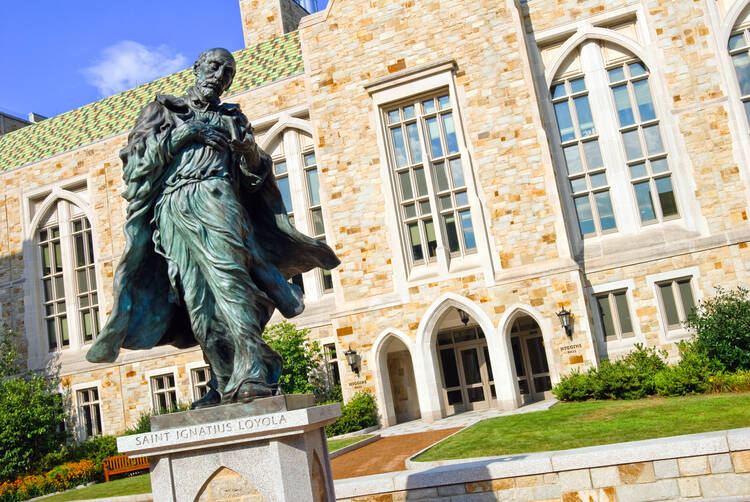 On July 31 in 1556, St. Ignatius of Loyola, the Founder of the Jesuit Order, died at the Jesuit residence in Rome, after decades of serving the Jesuits, the Catholic Church and the whole People of God. He was at various points in his life a soldier, a mystic, a beggar, a pilgrim, a student, a priest, a fundraiser, a spiritual director, and an administrator. As it was for nearly all of the saints, life was sometimes tough.  And confusing.  When he was a young man, he thought he was going to be a great soldier, but a cannonball shattered his leg and ended his military career. Later, he thought that he should live like an ascetic, but he found it harmed his health and he had to start eating better. He thought he would move to the Holy Land, but he was turned away.

At each juncture, Ignatius had to discern what to do when it seemed like his path was blocked. As a result, he is sometimes called the “Patron Saint of Plan B.” Ignatius shows us that the path to holiness can sometimes be confusing and rather circuitous. So don’t worry too much about changing your mind or your course. Ignatius and many others did it before you did—and reached their destination all the same.

My wife while reading the Magnificat, told me today was St. Ignatius's feast day. We along with a friend went to Loyola last October. If you are ever in northern Spain, make a trip there. It is worth it.

Saint Ignatius of Loyola - Pray for us.