Dementia didn’t rob me of my mom. It revealed her truest self. 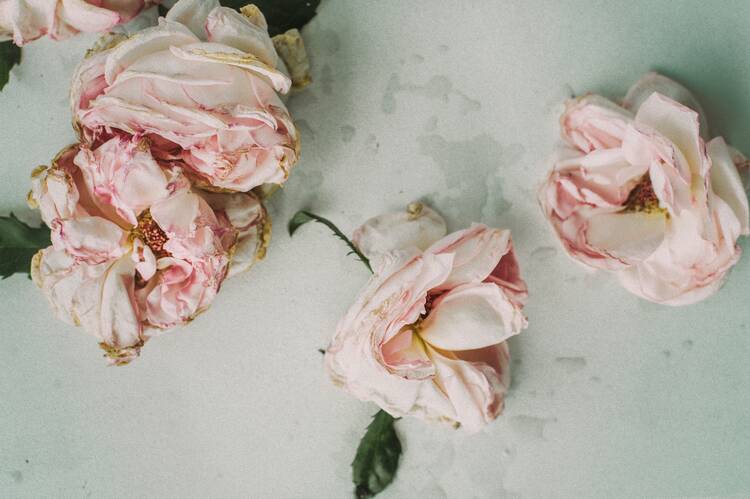 Photo by Daria Shevtsova on Unsplash

Your mom’s gone. She’s not there. That’s what people told me during the last year and a half of my mother’s life when she suffered from dementia.

She knew her mind was failing her and became extremely anxious, unable to sit still or sleep. She was often convinced that she was late for a flight or a bus or that she needed to do something but was unable to remember what. Her calm personality changed, and it was difficult to watch her suffer. One family member said he would rather be dead than ever suffer dementia.

My mom raised six children of her own but was a caregiver to many more people. She did not volunteer or do community service, as kids are required to do now. She simply gave of herself. My mother had an eye for people who needed love and kindness and a listening ear. This was not always easy for me or other members of my family to accept. She got involved with too many people, spread herself too thin, we would say, in critical tones. She took care of former classmates, neighbors, people she met at church.

Your mom’s gone. That’s what people told me during the last year of my mother’s life when she suffered from dementia.

My dad, my siblings and I thought these needy people were taking advantage of her. When she took care of a moody, elderly woman from church who had five or six adult children of her own, I grilled her: Why don’t these people take care of their own mother?  Why do you have to care for this lady, poor and eccentric as she was? My mom was hurt. She said she thought it was the Christian thing to do. I suppose now that I felt jealous of her time and love; I wanted it all for myself and our family. Or maybe I saw this love and wished it away because it made me ask: Why aren’t I doing more?

But true love is not jealous, says St. Paul. She told me once that when she had her first child, she loved him so much that she became worried that she could not possibly have enough love left for another child. She went on to have five more. Love is the only thing in this world that increases the more you give it away, she said. She loved her children, and she loved these needy people.

Love is the only thing in this world that increases the more you give it away, my mother said.

Even when she was suffering with dementia, love was still there. The nursing home staff told us—complained, sort of—that she frequently tried to help her fellow residents, grabbing their arms to help them out of a chair or re-positioning their walkers.

Once, when she was still at home, I gave her my 5-month-old son so she could feed him a bottle. She laid him in her lap and fed him. Her anxiety subsided. When caring for others, she knew who she was again. These were among the few times when she was calm.

Dementia turned my mom’s ego into a jumbled disarray that our own egos could not navigate. If she forgot our name, we said bitterly, that meant she did not know who we were. But deep inside her, she did know. Her brain just could not find the name of her sons and daughters anymore. We were hurt when she could not remember our names. Our egos crave acknowledgment, but our mom could no longer provide that kind of approval.

It seemed to those who loved her that my mom’s identity was lost to dementia. Now I realize that something essential remained.

Instead of lucid speech, my mom responded to wordless communication. When my dad would come and sit with her, as he did every day once she moved to the nursing home, she would often sit down, stop her constant pacing and rummaging, and they would both promptly fall asleep in their chairs. Look at these two, we would say, just sitting on the couch sleeping. Why isn’t dad trying to talk with her? We still didn’t get it. After nearly 53 years of marriage, they did not need words and, with her dementia, words only made things worse.

I knew I couldn't defy my wife's Alzheimer’s. I learned to embrace it instead.
James Ruck

How getting older—and feeling invisible—is preparing me for the kingdom of God
Paul F. Morrissey

Thomas Merton wrote that because of the fall of Adam “man has become alienated from his inner self which is the image of God.” Our self-constructed ego, which we present to the world as our true self, is not, in fact, our true self. Rather, our true self is hidden from the world; it is where God dwells. After we die, our egos will disappear into nothingness, and only our true self will remain. Merton describes this true self as no longer a separate “individuality” but a state of being in which our wants, feelings and loves are shared by God.

It seemed to those who loved her, myself included, that my mom’s identity was lost to dementia. Now I realize that something essential remained. Those who said that she was gone were wrong. We may have struggled to talk to her, but our mom was still there. What remained was her deepest, truest self, a place her years of caregiving had made for Christ to dwell. 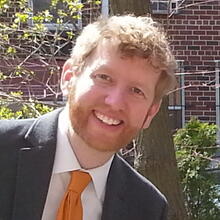 Joseph P. Creamer is a husband, father of five and lecturer at the University at Albany, State University of New York.

My father succeeded in his career as a no-nonsense, capable executive. But his underlying character was one of generosity, kindness, and good humor. Dementia robbed him of his memory and abilities over a period of 15 years (age 80 to age 95) but he would rarely get frustrated when he couldn't remember something and instead laugh gently at the humor in the situation. He always found a way to enjoy himself. In his dementia, I was able to re-affirm my admiration for him as a deeply good man. Also, he never forgot me - although he would sometimes think that I was his father or call me by his brother's name. He rarely appeared anxious and I think it's because he trusted people, especially me. When he realized he couldn't keep track of his finances or household affairs any longer, he said, "Well, you're the dad now and I'm the son." He said it with a wry chuckle and we smiled at each other, knowing it was true. He had been a wonderful father all those years and I was going to be an outstanding son and caregiver. His last four years were in a memory care facility and when I received the call from the nurse that he was "changing", I knew what that meant. I got there as fast as I could and when he saw me, he roused from his moribund state and spoke my name with a smile and a hearty tone. He mumbled a few other unintelligible words and then went back to where he had been, staring at a blank wall. We were able to call in family members to see him off, and within 12 hours he was gone. The last recognizable word he spoke was my name, and what a joy that is for me. Based on my experience, I agree that the essence of the person - his or her character - remains even after the mind is gone. It was a blessing to see it in my father.

Your last sentence is is incredibly touching

Your last sentence is incredibly touching

Certainly, as no two people are alike, the denoument of this disease varies similarly. I thought I'd be spared this sorrow since there was no history of this disease in my family. Non-smokers lived well into their 80's without any sign of a problem. But now that medical science has extended lifespans in the family into the 90's, that happy expectation of avoiding at least this sorrow in the vale of tears is no longer valid. It might be interesting to see how caregivers are changed by this experience as people are changed by war.

thank you for this wonderful article. I fully agree with you, having experience my brother who had Alzheimer's. The truest self is present in wordless communication, in a touch, in a look in the eyes. Keep loving the deepest self in the person who is suffering from dementia. Perhaps one day we will be needing someone to reach out to us without words......thank you for writing that wonderful article.