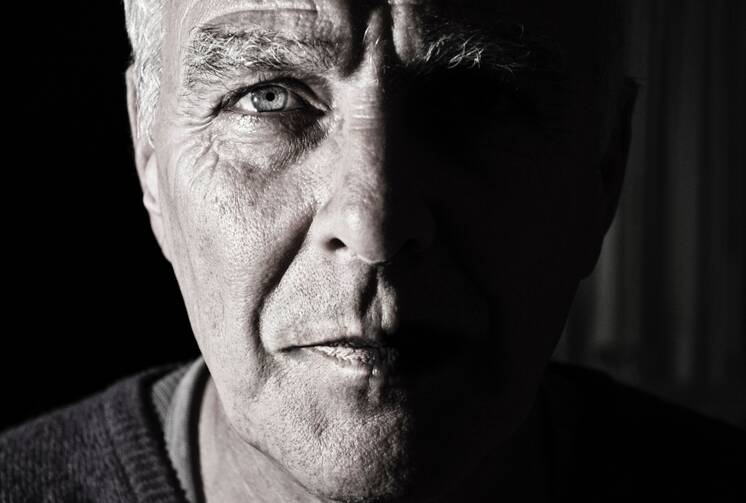 Photo by Simon Wijers on Unsplash

It is strange to feel invisible. I don’t remember exactly when it began to happen. The only thing I know is that I am not seen much anymore when I walk by people on the street. It is a little discomfiting, a little bittersweet.

I am now in my late 70s and rather healthy, even athletic for my age, so it came as a shock to realize people rarely look back when I glance at them. Not just women who, understandably, do not often glance sideways. Men do not see me either. Young people rush by, earphones plugged in, oblivious to me—and others, I suppose, except for those near to them in age.

You could say this phenomenon is the result of the digital revolution. The smartphone gods insulate and captivate many of us in our own worlds. But this invisibility happens in smaller gatherings, too, even with people I know. Conversation whirls around the table. Snippets of this or that experience are shared. Chuckling to myself, I remember when I competed in the same way for the storyteller spotlight.

I am not seen much anymore when I walk by people on the street. It is a little discomfiting, a little bittersweet.

Now I often sit and wait. It is not a bad space to be in. It can be rather peaceful if you can get over the need to speak in order to exist. I watch the Ping-Pong match for good chunks of time before anyone notices me and asks, “So what’s happening, Unc?” I try to awake from my reverie and blurt out something exciting and meaningful. It usually comes out making only half sense. “I rode my bicycle for an hour yesterday.... I planted some sunflower seeds...wrote a poem.” I wait for a follow-up question, but usually it doesn’t come.

The world belongs to the young. “Yet I’ve got so much to share if anyone wants to know,” I muse to myself. “They need to live their own lives though, discover their own meaning,” another voice reminds me. This is the way we all move on, “pass out of the picture,” as my father used to say. Pierre Teilhard de Chardin, S.J., says that this “diminishment” is how we prepare for the great merging with the cosmos that occurs when we die:

And if by chance we escape...there still remains that slow, essential deterioration which we cannot escape: old age little by little robbing us of ourselves and pushing us on to the end.... In death, as in an ocean, all our slow and swift diminishments flow out and merge.

Oh well, at least it is the ocean. I love the sea. But merge? Yes, this great anthropologist and priest believes that we must decrease so that Christ can become our all.

I believe it, too. It consoles me, especially on one of my more invisible days. Yet every now and then it is still a shock to my ego. A voice in me wants to scream. I want to stick my tongue out or do something crazy to throw my nephews and nieces off balance. The 20- and 30-somethings among my relatives might laugh and roll their eyes at each other and me. But the littlest ones—the 2- or 6-year-old great nieces and nephews—seem intrigued by a little craziness from an elder. The brave ones among them then run up to my outstretched arms and jump in. I am not invisible to them.

We must decrease so that Christ can become our all.

Children are on the other end of the invisibility continuum. They are just beginning to come out of it themselves. Babies peering over their dad’s or mom’s shoulder are still in this invisible world. When an adult peeks into their world and grins, something registers in the little brain: “I am seen. I am...I.” Thus begins the long road to consciousness and visibility. Aging is our eventual return to invisibility. It is our entering the kingdom of God—unless you become like little children you will not enter it.

A balance is needed between our mid-life selves, eager to make our mark on this world, and the child who watches this dance with curiosity from either side—infancy and old age. It is not simply a matter of quietly surrendering to age and invisibility and the night. We are meant to struggle, even to fight with all our might this diminishment, until we have to let go a little bit and then a little bit more. If we do not resist this path, we would rarely exercise or eat healthy foods. We would never use a skin cream. We would just live off the immortality that youth seems to promise. Then before we know it, we are staring at a wreck in the morning mirror and wondering why. You gave up, didn’t you?

I began to tell a friend about this invisibility recently. Before I could explain what I meant, he immediately acknowledged that he, too, experiences this, even though he is only in his mid-60s. The way he described it was that he hardly sees anyone looking at him with a glimmer of sexual or relational interest anymore. We all enjoy seeing a flicker of—let’s call it personal—interest in another’s eyes as we go through our rather regular days, don’t we? A sign that we are still a little intriguing. Not just a role or object. That we might be worth having a cup of coffee or glass of wine with.

To be seen—to be desired, to be a person and not simply a role—is a beautiful human need no matter what our age is.

To be seen—to be desired, to be a person and not simply a role—is a beautiful human need no matter what our age is. God created us this way. When we become older (I like this term better than old) this need to be seen is even more poignant and challenging. Not just for ourselves but for those who may pass us by. The singer and poet John Prine croons of this experience in a way that can wring your heart:

In South Africa, the people greet one another on the road by saying, “Sawubona.” It means, “I see you.” The answer is “Here I am.” In other words, you are not invisible to me. You are someone. You are God’s beloved child, whatever race, religion, sex or sexual orientation you may be. Prine calls for the same kind of recognition:

So if you’re walking down the street sometime
And spot some hollow ancient eyes,
Please don’t just pass ’em by and stare
As if you didn’t care, say, “Hello in there, hello.”

Hello in there. We need to look at others and also at ourselves in this way. We must not simply be passively invisible. We need to help each other know what this invisibility means as we age. We need to have faith that each of us has a purpose, every day, until God calls us into his kingdom at last. Teilhard calls this kingdom “communion,” and he prays that it is truly a great holy communion:

You are the irresistible and vivifying force, O Lord, and because yours is the energy, because, of the two of us, you are infinitely the stronger, it is on you that falls the part of consuming me in the union that should weld us together. Vouchsafe, therefore, something more precious still than the grace for which all the faithful pray. It is not enough that I should die while communicating. Teach me to treat my death as an act of communion.

This winter, a 97-year-old parishioner died. Never married, Edna had lived for many years with her sister, Alberta, who had died a few years before. Her middle-aged niece and nephew moved in to care for Edna. She moved around in a wheelchair. The priests brought Edna Communion every Sunday. During the past year, her head dropped lower and lower, and she looked bedraggled and weary of living when she sighed, “Don’t get old!” I began praying that God might take her to himself sometime soon.

I joined the Jesuit Volunteer Elder Corps at 68—and never looked back.
Helen Donnelly Goehring

Heading for the coffee and donuts gathering after the nine o’clock Mass on Sunday, I saw the ambulance in front of Edna’s house. I stopped. The door was tilted open, and I went in. Her nephew met me in the dark hallway and whispered, “Edna died in her sleep last night.” Shocked, though I should not have been, I looked into the living room where she always sat. There Edna lay, sprawled on the La-Z-Boy chair where she slept at night, her arm curled out with her hand open. Her eyes were cracked open a slit, almost a smile on her face. She could almost be sleeping.

Gazing at her face, I spoke to her, “Edna, Edna, you are finally at peace. Thank God!” I reached for her hand, barely cool, and pulled her eyelids down. Pouring some water from a drinking glass into my hand, I blessed her on the forehead with the sign of the cross. Her smile urged me to rest in the silence of her entering the invisible world, the great communion. 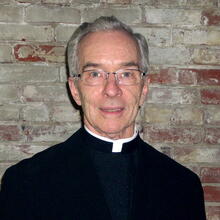 Paul F. Morrissey, O.S.A., is a prison chaplain and author. His most recent work is a novel, The Black Wall of Silence, which shows the struggle between loyalty and honesty at the heart of the sexual abuse crisis in the Catholic Church. Email: Fr.paul@blackwallofsilence.com.

Wow! What a beautiful and meaningful story. This from an older reader.

A moving a relevant read for me at 63. Thank you.

I very much enjoyed your article in America. As a man in his late 50s I am approaching invisibility but will try to remember to give thanks and appreciate the grace that occurs when, if, some does see me. Thank you.

Blessed at 80. When I ask God why I am still here, the answer always is to love.

Found this article very moving and helpful. Am retiring after teaching high school theology for 24 years and not wanting to become “invisible” but open to where God will guide me to see Grace and goodness in others who feel alone. Thanks again for a great article.