I joined the Jesuit Volunteer Elder Corps at 68—and never looked back.

I joined the Jesuit Volunteer Elder Corps at 68—and never looked back. 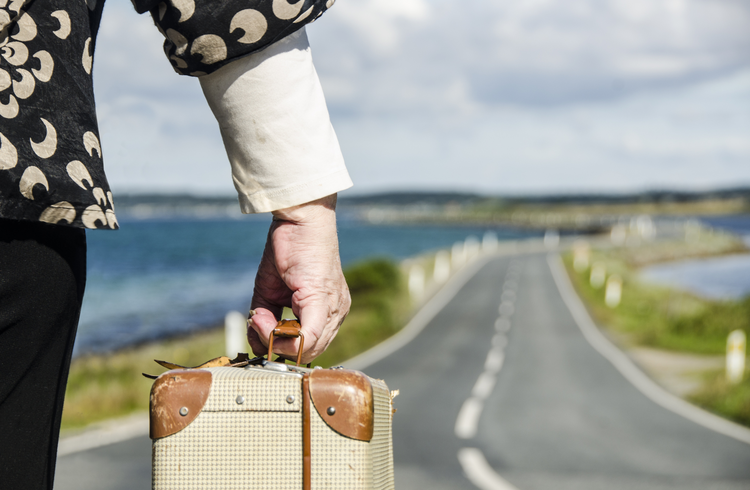 “Mom, you’re running away,” my son said. “I thought you were happy with your life.” As I packed my china, closed my Chicago business and sold my car, his take on my decision to join the Jesuit Volunteer Elder Corps unsettled me. I did have a good life. “I’m answering the call,” I replied sheepishly, hoping the casual tone would conceal my fear. In fact, I was responding to several calls.

The first call was from my friend Jeanette, who had just seen an ad for the Elder Corps: “It says right here: ‘Recruiting those over 50 for a year of service in Portland, Seattle or Alaska. Deepen your spirituality, live in community, work for social justice and live simply. Perks include an $80 per month stipend, room and board and spiritual direction.’ Helen, this is for you.”

“Mom, you’re running away,” my son said. “I thought you were happy with your life.”

Her idea struck me as absurd considering what the roaring ’90s stock market had done for me. I lived in a high-rise apartment on Lake Michigan. I was 10 minutes from the Art Institute and Symphony Center. My siblings and two of my children were steps away. As I hung up, I wondered who in the world would give all of this up after years of financial challenges from a divorce and paying college tuitions. But my inner voice surprised me with the next idea: “Test the waters. Call for an application.” That same voice, as if knowing I needed an out, added: “You’re safe; they will never accept you.”

The second call came from the Jesuit reviewing my application. “What are your ministries?” he asked. Ministries? I had not dared to call my small local efforts a ministry. I told him I raised funds for kids on Chicago’s impoverished South Side where bullets fell like rain. I believed in the work.

“Is there anything else?” he asked.

I took a deep breath. “In my 20s, I seriously considered the convent,” I said. “Is this God’s second call? I am sure there’s much to learn from others who also are serving the poor.”

When the acceptance letter arrived, I was elated. But doubts were close behind.

When the acceptance letter arrived, I was elated. But doubts were close behind. Would I be able to give up my antiques, the moon on Lake Michigan, the symphony? I read, wrote and ruminated all night without getting any answers. But the next morning I awoke to a question so pronounced it may as well have been uttered out loud: “Are you going to say ‘no’ to God again?”

Two months later I was living with six strangers in Seattle.

A teacher, a legal assistant, a salesman, a poet, a realtor (and former member of the Israeli army), a development director and a woman who had been homeless walked into community together. We prayed together weekly. We related stories of our clients—the abused, incarcerated, homeless, mentally ill and unemployed.We practiced compassionate listening with each other. It was hard and humbling work.

My assigned ministry was the Plymouth Housing Group, an agency that provides safe, stable housing to people experiencing homelessness. I took short-of-breath adults to the emergency room and elderly men and women with depression to the symphony. I shopped for furniture with people getting their first home in years—or ever.

We practiced compassionate listening with each other. It was hard and humbling work.

In our community house, my closet was narrow. I recycled, composted, used coupons and embraced the grace of downsizing. But “simple living” meant something entirely different to my J.V.C. housemate, Gretchen. She would lock her bedroom each time she left it, to guard her scant possessions. She had been homeless for three years. Her action reminded me each day of the luxury of the lock.

Once a month I met with a spiritual director. When my sister shared the grim news of her pancreatic cancer diagnosis, it was my spiritual director who guided my meditations on Christ’s passion. As I expressed regrets for the past, she encouraged me to stay in the present, reminding me that we are called to liberation and freedom. She urged me to focus on graces I received.

On retreat, I learned to pray and meditate in the way of St. Ignatius. Practicing lectio divina helped me appreciate the word of God, and praying with my imagination brought Jesus to life. The Examen, St. Ignatius’ way of examining his conscience, asked me, “Where did I find God today? Where did I miss him?”

As the year ended it was clear that the Northwest’s brand of spiritual energy had nestled into my soul.

As the year ended it was clear that the Northwest’s brand of spiritual energy had nestled into my soul, so I stayed in Seattle and became the director of philanthropy for a retirement community. The skill of compassionate listening I had developed as a volunteer continued to serve me and those I loved. When my former husband became critically ill, I traveled to Florida to be with him, 30 years after our divorce. After all, we had raised three kind, decent children together. We had made our amends years before, but when I newly apologized for the ways I had hurt him, he responded with his own tender regrets. Would I have walked through this healing door without the tools from my volunteer experience?

Seventeen years later, I live in another multi-floored apartment building—this one with a view of Mount Rainier. My neighbors are accomplished beneficiaries of Seattle’s tech boom. But just outside the door another reality confronts me. There I meet our other neighbors. They hear voices, sleep on benches and struggle with addiction. I remind myself that they are as much my neighbors as residents of my building. They have been brought low by rising housing costs, domestic violence, lack of mental health care and opioid addiction.

Early on, I wondered if I was alone among my neighbors in seeing the contrast. So I asked them, and the response was overwhelming: “What can we do?” “Endow a bed in a shelter?” “I’ll write a check.” Residents began to tutor children and make sandwiches for hungry outsiders. We formed a committee on homelessness and gave our surplus possessions to the poor. Our building sponsored an agency that serves children without homes. Even my spiritual director recruited an officer from the Bill & Melinda Gates Foundation to speak to 200 concerned citizens on the crisis of family homelessness in Seattle and King County.

I am discovering compassionate listeners everywhere. At my parish, St. James Cathedral, I hear it when my fellow committee members address homelessness and juvenile detention issues. In my building, a neighbor who is a psychiatrist visits St. James, where 150 homeless are fed every night, “just to listen to their stories.”

Even two decades later, I cannot help but reflect on saying “yes” to the J.V.C. journey of heart and faith. There is no denying the physical, emotional and financial challenges of aging. But in the midst of all that, pursuing St. Ignatius’ path has enriched my life, opened me to growth and made my senior years among my best. At 85, I feel my life matters. What was once a casual defense of the seemingly absurd has become a practical guide for a personal brand of discipleship. To paraphrase St. Ignatius, carry God in your heart, and you will bear heaven with you wherever you go.

Editor’s note: The Jesuit Volunteer Elder Corps is no longer in operation. The Ignatian Volunteer Corps connects men and women, generally age 50 and over, with service opportunities. More information at  https://ivcusa.org/.

Apparently there is no "Jesuit Elder Corps" any more? Do you know what happened to that ministry?

Gail you might look into the Ignatian Volunteer Corps. Hopefully it is available where you live.

Thanks for sharing this, Helen. I loved reading about your experience, and it has inspired me to look around and truly see where I might be needed in my own neighborhood.

This article also appeared in print, under the headline “I joined the Jesuit Volunteer Elder Corps at 68 —and never looked back,” in the April 30, 2018, issue. 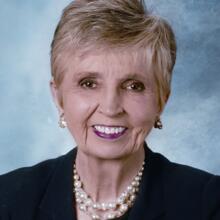 Helen Donnelly Goehring is a Seattle writer and a retired development director for nonprofits.