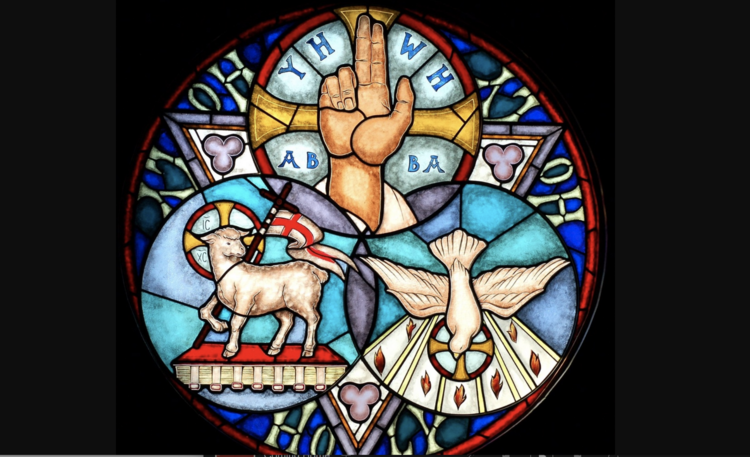 Madeleines are the most famous pastries in literature. One of these small, shell-shaped French sponge-cakes, dipped into tea, began the long trip back into memory that is Marcel Proust’s masterpiece, In Search of Lost Time. You have what we now call a Proustian moment when some object or incident unleashes a long-dormant stream of memories from a long-since-lost stage of life.

I had one last week at Tanganyika Wildlife Park, just outside of Wichita. I was accompanying the students of St. Joseph Catholic School on their annual field trip. Pulling into the parking lot and seeing it full of 15 buses and even more cars, I fretted that every student in Kansas (maybe even Oklahoma) was there, but the park had ways of breaking large groups into manageable sizes so that everyone got a chance to feed the giraffes or pet the kangaroos.

Nicholas, a first-grade student, took my hand as we set out. I did not give it much thought. Perhaps this is how he would have gone through such a venue with his parents. Sometimes another student would grab my free hand because these are definitely the “monkey-see-monkey-do” years, but only Nicholas persisted.

We were standing outside an enclosure of lynxes when I felt Nicholas pressing lightly on the top of my hand. Looking down, I saw that he was using his index finger to trace the really rather prominent veins on my hand. When he finished, I saw him lift his own small hand for inspection and comparison. Mine was red, full of creases and veins. His was white and smooth.

God simply is a triad of love: a going out in love, a return in love and thus, ever more, love itself.

Nicholas did not say anything. His moment of discovering differences was concluded. His attention shifted to the lynx lying in front of us, while I was carried back more than half a century to my own childhood examination of my father’s hands. Like mine now, they were red, creased and veined. They were also calloused, and they often had small bruises from daily work in the grocery store. I remember looking forward to the day when I would be as tall as my dad, as strong as my dad, but I did not want to inherit his weathered hands, legs or arms.

When an aged, dethroned King Lear is mistreated by a servant, the Earl of Kent comes to his aid, crying out “I’ll teach you differences.” That is what all learning is about, especially in the first years of life: how one thing differs from another, one person from another, one place and time from other places and times.

Would it be correct to say that we spend the first half of our lives learning differences and the second half seeing similarities? No, it is not nearly so neat. The two are seldom separate. In fact, in that little moment, in front of the lynx, the touch of Nicholas’s finger on my veins taught him something of what it means to be old. It also reminded me of what it means to be a child. Serving as the father to his son, I again became the son, studying my dad. Difference opened and difference closed. Nicholas saw how far I was from him in life, and I suddenly found myself returned to my own childhood.

Today, we explicitly reverence and adore the mystery at the core of our faith, our very understanding of reality.

It is possible to find Trinitarian patterns in life: One reality opens into another, returns back into the first, only to become a new, third reality. The philosopher Georg Wilhelm Friedrich Hegel made all of human history into a string of such cut-out dolls with his triad of thesis, antithesis and synthesis.

Of course, whenever we encounter something deeply meaningful to ourselves, the question always remains: Did we discover that meaning or did we impose it? Or is it always a little of both in all our ways of learning—one more triad?

Yes, the doctrine of the Most Holy Trinity does correspond to a basic human experience: a going forth, a return and the new reality produced by this ever-ceaseless process. But the church has always insisted that the mystery of the Triune God is not something that we have arrived at through human experience or human reasoning.

Quite the opposite: It is the very lodestone of revelation, what God’s own self has revealed to us. Perhaps that is why it is the first and foremost doctrine to be rejected by so many of those who would reduce the meaning of faith from that of divine revelation, which must be accepted as such, to personal, spiritual ruminations, which we are always free to reformulate.

Far from being immovable, God is a fountain of love.

Yes, life weaves triad patterns, but the human mind is always searching for the source of all unity, which is why, left to itself, the human mind would never come to understand God as a Trinity. The mind, in every field of human endeavor, always seeks to unify, to bring a myriad of diversity into one complete act of understanding.

The Trinity stands at the center of historical, biblical revelation. The resurrection compelled the first Christians to recognize Jesus as God. Yet Jesus spoke to us of two other persons within God, the Father, who had sent him into the world, and the Spirit, in whom he acted and whom he promised to bestow upon us. Jesus dialogued with his Father. The early church thus had to ask itself: “What does it mean for God to dialogue? What does it mean for God to send God and to promise to send God again?”

Does your life invite others to share in God's presence?
Michael Simone

What can ghost stories teach us about the Holy Spirit?
Terrance Klein

There is a tension in all that we humans know. Reason insists that God must be one because the mind, whether religious or scientific, seeks to unify the disparate in an act of understanding. Experience tells us that reality constantly divides only to resolve into a greater unity. Reason tells us that God must be unchanging and immovable. Faith tells us that the Father goes out of himself into the Son and that the Son returns into the Father, bringing forth the Spirit in the process. Far from being immovable, God is a fountain of love.

There is also a great irony in how we humans come to know. Young ones set out, leaving so much of life behind, only to find themselves back where they began, with everything having changed.

Today, we explicitly reverence and adore the mystery at the core of our faith, our very understanding of reality. The doctrine of the Most Holy Trinity tells us that God goes out of self, comes back into self and, in doing so, is the triad self, whom we call Father, Son and Holy Spirit.