What can ghost stories teach us about the Holy Spirit? 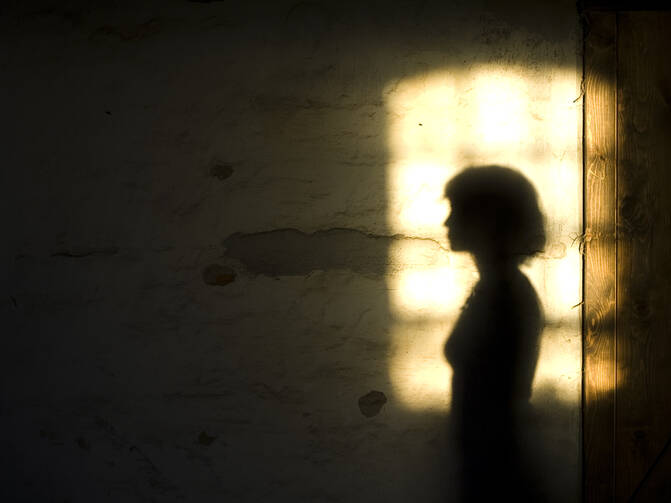 Understanding who the Holy Spirit is within the Godhead is as difficult as understanding how God is one in being yet three in persons. Perhaps, someday, when we come into God’s presence this sort of knowledge will appear to have eluded us through its sheer simplicity.

But understanding how we experience the Holy Spirit in our own lives is not nearly so elusive. I am not advocating a return to our older name in English for the third person of the Trinity, but “Holy Ghost” does offer a helpful insight. What makes us think that we have encountered a ghost? There seem to be two elements: We perceive something to be very meaningful, and we cannot find a cause for it in the world that we inhabit.

For example, if you hear a loud noise in the next room, and, upon entering, discover that some object has fallen off the wall, you have no further questions. The event turned out to be of little meaning, once you identified the cause to be a poorly hung picture frame. But, hear a loud noise and find your father’s picture having moved from its place on the bookshelf to the top of his old piano, and you will begin to think that you are not alone.

I will be the first to admit that I have never experienced any such thing, and I join those who are naturally suspicious of such reports. But in the spirit of Hamlet—“There are more things in heaven and Earth, Horatio, / Than are dreamt of in your philosophy”—here is a ghost story. More than three decades after the events, I still do not know what to make of them. I was ordained to preach the Gospel, not on the reality of ghosts. So make of it what you will, but the story perfectly illustrates my two conditions for knowing that we are in the presence of an otherworldly person, such as the Holy Spirit: a surplus of meaning and without known cause in the world.

I was ordained to preach the Gospel, not on the reality of ghosts.

In my first year of priesthood, I was called to the scene of a young woman’s suicide. It felt strange to drive into a group of parked police cars rather than to steer around them. A policeman met me as I exited my car. In my ordination pictures, I appear to be 14. So I would have looked, perhaps, 14-and-a-half to this cop.

“Father, if I understand correctly, your sacramental duties are limited to those who are alive.”

“Father, we’re sure of death. Her body was found half a day after her she asphyxiated herself with carbon dioxide in the garage. You don’t need to see it. Your time would be much better spent with her mother in the house.”

I took his advice, and it was indeed important to her mother, Ethel White, a daily Massgoer, that I was there. She shared with me that her daughter Lisa had been living with her since her divorce. She had been so terribly depressed. A few days later, I celebrated the funeral Mass of Lisa Sinclair. (I have changed all the names.)

Several months later, I was brunching after Mass with a husband and wife, who were parishioners. The wife mentioned that she had recently had a very unusual experience with her teenage son and a foreign exchange student, who was living with them. Down in the family basement, the boys had decided to try out an Ouija board, promising each other with all adolescent earnestness that they would not fool around, would not begin to move the device in order to produce funny answers.

Wind, fire, and a dove are scriptural metaphors for the third person of the Trinity. But the proper title “Holy Spirit” is quite revelatory.

Evidently, they had sought out the mother because they had terrified themselves. The board was producing answers that neither of them could claim. When they asked who was communicating with them, they were told “Mary Sinclair.”

“What do you want?” They asked.

“Prayers,” the board answered.

Having been to the family home, I knew that the boys were in a basement across the street from the house where Lisa Sinclair had committed suicide. The parents had some awareness of this having happened, though they assured me that it would not have entered the consciousness of their teenagers. Besides, the names did not match.

However, the next time that I spoke with Ms. White, I asked her, quite casually, whether she knew a Mary Sinclair. “That was Lisa’s baptismal name,” she said, “though we always called her by her middle name.” I saw no reason to share my blast of meaning with Ethel White. Why disturb her? Besides, typically, what is most meaningful to us is the most difficult to share with others.

You have encountered a ghost—if there are ghosts—when something very meaningful happens without a causal agent that you can locate in the world. More than three decades later, and I still search for ordinary, worldly causes at work in the story I just shared. I can produce them, but they lack all simplicity and economy of explanation.

Meaning is the deepest sort of spiritual gift. It is as variegated as those who discover it.

Wind, fire, and a dove are scriptural metaphors for the third person of the Trinity. But the proper title “Holy Spirit” or our old “Holy Ghost” is quite revelatory. We speak of spirits and ghosts when we encounter the sort of meaning that only another person can share with us, yet we cannot locate that person in our world.

So we say that we have encountered the Holy Spirit when, for example, we have every reason to be sad and have even determined to ourselves that we are going to swim in sadness for a while, when, suddenly, without explanation, we experience peace; we find ourselves almost joyful and content. A presence seems to have come upon us. For St. Ignatius Loyola, the appearance of utterly unanticipated consolation in the midst of perfectly understandable desolation was a sign of the Holy Spirit’s presence.

How has the Spirit stirred your heart into action?
Michael Simone

Why did Christ ascend to heaven? So that moms everywhere could take his place.
Terrance Klein

Obviously, those who are quite desolate experience sudden consolation to be quite meaningful. It seems to be a sheer gift! And when the giver cannot be located within the world, we look to the very origin of the world and speak of the Holy Spirit.

Such rapid reversal is one way to recognize the Holy Spirit. A lingering look backward is another. Sometimes in pondering the past, we can see a growth, a pattern, a providence that we never noticed as we moved ahead in time. This is the season of graduations, when we marvel at the young adult in front of us, especially because we can still see the little kid who began the journey. A lingering look backward can produce more meaning than this world can account for. And so we give thanks to the Holy Spirit. Pentecost may have been just such an event.

Meaning is the deepest sort of spiritual gift. It is as variegated as those who discover it. When the gift exceeds what this world offers, when a surplus of meaning overflows the world, how can we fail to speak of and give glory to the Holy Spirit?

I'm not a Roman Catholic by any means but this article, I feel, captures the essence of my own experience of the Holy Spirit which is often very hard to put in words. Thank you.