Pentecost, 1948: One woman’s ministry in a Siberian prison camp 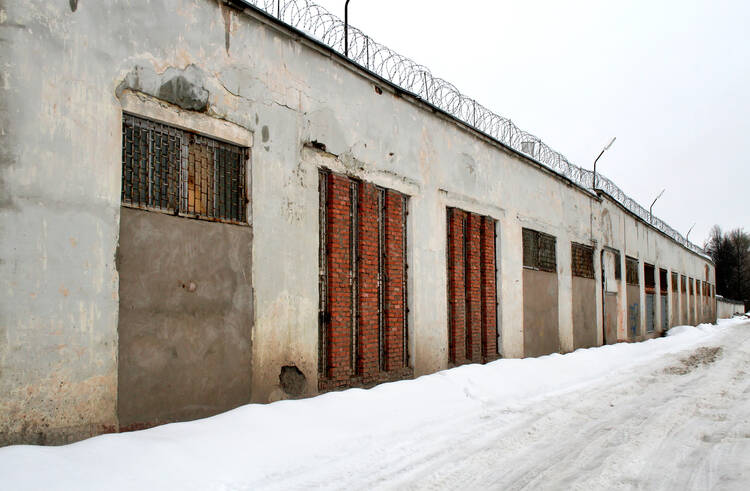 As 1940 dawned, the people of the Baltic States wondered where the greater threat lay: to the east, where Stalin’s armies waited, or to the west, where Hitler’s war was already being waged. Soviet and German diplomats had in fact secretly divided them up during the previous year: the Soviets got Estonia and Latvia, the Germans got Lithuania. But after Hitler marched into Paris, earlier agreements were off, and in June 1940 the Soviets annexed all three of the Baltic states.

Even as he faced war with Germany, Stalin had time to begin the internal war against those he called his own citizens. In June 1941 mass deportations began, during which 60,000 Estonians, 35,000 Latvians and 45,000 Lithuanians were shipped to Siberia. Among the first of the Lithuanian exiles was Juzefa Maciokiene, who was then in her mid-30s. Like the others who were deported, she had committed no crime.

Now a widow in her mid-90s, Mrs. Maciokiene recalls her ministry to her fellow prisoners 50 years ago, when she served them—to use her word and theirs—as their priest. This account was taken from an interview with Mrs. Maciokiene in September 1996, translated by Antanas Saulaitis, S.J., provincial superior for Lithuania and Latvia, and edited by Edward W. Schmidt, S.J.

Juzefa Maciokiene recalls her ministry to her fellow prisoners 50 years ago, when she served them—to use her word and theirs—as their priest.

On May 28, 1948, a new group of Lithuanians were exiled to Krasnoyarsk, in the heart of Siberia, where I had already been for seven years. I found the barracks where they were being housed, five men in one cabin. They offered me soup. I took some of it and asked, “Who made this soup? It is terrible.”

The cook identified himself, and I asked him, “What is your profession?”

He answered, “I am a priest.” At that, a heavy obligation fell from my shoulders. I had served as the priest in the camp for seven years.

“Please, tell me what you did,” the priest asked.

I told him the story of what I had done. I baptized newborns, I married people, and I buried the dead, praying our Lithuanian prayer that the earth of Siberia be light and warm. And I told him how this came about.

I told him the story of what I had done. I baptized newborns, I married people, and I buried the dead.

One of the people in the camp was an atheist lawyer, Cezaris Petrauskas. He had been imprisoned in Lithuania during the era of our President Antanas Smetona. When the Russians arrived in 1940 they released him and made him minister of justice; his wife was the daughter of the governor general of Warsaw. But soon afterwards, the Russians shipped Petrauskas into exile too. It was Cezaris Petrauskas who made me the priest.

Mr. Petrauskas and I had come out to Siberia in the same shipment of exiles, and when we arrived we were immediately assigned to work in a hospital not far from Reshiot. There was only one shack in which men, women and children were all housed.

I used to serve soup that I made from loose vegetables I picked up on a dock where they were unloaded. I also gave a spoonful of oil to starved exiles. And when I got home from work I would change into a robe that I made out of a saltpeter bag, saving my work clothes. I insisted that I was a lady and that I would remain a lady.

Not long after we arrived, a 12-year-old boy died, and we had to have a funeral. People gathered near the hospital.

Mr. Petrauskas came and said to me: “Mrs. Maciokiene, make sure that the funeral be exactly as is customary in Lithuania, the hymns, the ceremonies. You be in charge. And everything, just as in Lithuania. I’ll check on you!”

“But you’re an atheist. How will you cheek on me?”

“I became an atheist over time while finishing the seminary course,” he replied.

So people gathered in the cemetery. We had no holy water sprinkler. We didn’t even have holy water. Someone found water, and I blessed it, making a sign of the cross with my fingers, and sprinkled the grave: “May the earth of Siberia be light and warm.”

A child was born. For the baptism, I took the water that was needed and blessed it with a sign of the cross: “I bless you in the name of the Father, and of the Son, and of the Holy Spirit.” I baptized the child with this water.

The people asked me where to put the blessed water. I dipped my fingers in it several times, drank some of what was left, and gave it to the godparents to drink the rest.

And I married people. The newlyweds came from the civil marriage registry, and I met them in the doorway. We blessed ourselves and prayed the Our Father and the Hail Mary. And especially we prayed, “I believe in God.” For us it was very important to say that we believe.

When my daughter whispered to me, “I wish girls could be priests,” I didn’t know what to say.
Barry Hudock

After the prayer we blessed ourselves. Then I took some small tree branches and made a cross, which we gave to the newlyweds to kiss, after which we all kissed it. We then offered the newlyweds the traditional gifts of bread, salt and wine. After the ceremony the newlyweds took with them the cross that everyone had kissed, so they could carry it in their coat pockets, close to their hearts.

So on May 28, 1948. I asked the priest who just arrived, Stanisiovas Kiskis, about what I had done. “You have added a few things,” he said: “but you did not do any harm. On the contrary, you honored all the ceremonies.” He did not condemn me.

For seven years I did what needed to be done because there was no other way. I did all that I knew how to do. And someone inspired me.

This article originally appeared in the May 30, 1998 issue of America under the title, “Pentecost, 1948: Someone Inspired.”

We could have many more like her, ORDAINED to act in the person of Christ and dispense all the sacraments, including the Eucharist. Religious patriarchy is a cultural tragedy that is becoming a doctrinal travesty and a pastoral disgrace. Apostolic succession is not contingent on masculinity. We need women priests and women bishops.

You missed the part of the story about the atheist.

This woman exercised the ordinary priesthood of the laity in what she did, and I'm not sure it was out of line with canon law much, if at all. Certainly lay people are allowed to baptize people in the absence of clergy. She did not seize for herself the claim to celebrate the Eucharist nor Penance—or at least, this article doesn't say she did. Frankly what she did sounds extremely motherly. I'm a little annoyed by the clickbait headline though.

Andrew: "Pentecost, 1948: One woman’s ministry in a Siberian prison camp" and you think that's clickbait? I can hardly wait to read in awe, the story of your ministry in...what? The wilderness of the closest mall?

what a beautiful article...

Let us not miss the point: Two or more were gathered and she broke Bread in the name of Jesus. She baptized as all of can baptize and she proclaimed the marriage of man, wife and Jesus and witnessed it all before God and others. She buried the dead and gave peace to souls.