The case for sending Jesuits to public universities

The case for sending Jesuits to public universities 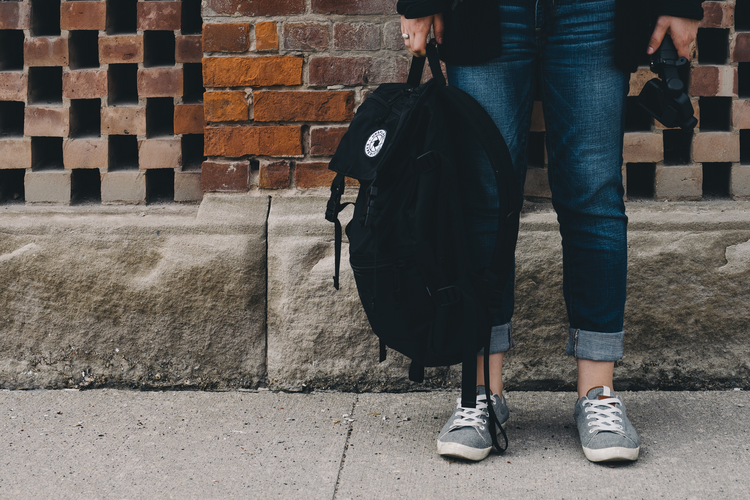 Photo by Scott Webb on Unsplash

Listed somewhere between the Argentine Tango Club and the Ping Pong Club, is the Bronco Catholic Association. At Boise State University, the Catholic student ministry is treated like any other student organization. Required to have student officers and eligible to receive student affairs grant money, Bronco Catholic is simply one of the extracurriculars a big state university offers to its students—no big deal, just how we like it.

This club is led by Jesuits West of the Society of Jesus. Yes, the same Society that claims 28 universities throughout the United States, all with campus ministries and all in need of chaplains. But here we are in Boise, Idaho, of all places, leading a student club.

Arriving in Boise in the summer of 2014 at the invitation of the diocese, I had to get used to being a Jesuit working at a non-Jesuit university. Some of the dynamics of campus ministry were familiar to me from having served at Seattle University—passionate undergraduates, late hours, retreats in the mountains and a pizza-heavy diet for an increasingly heavy chaplain. But the student body is different, and the opportunities to serve are different. The longer I was in Boise, the more advantages I saw to missioning Jesuits to state university Catholic centers.

The longer I was in Boise, the more advantages I saw to missioning Jesuits to state university Catholic centers.

One of the initial impulses for us to consider working here was to expand Jesuit vocation promotion. The number of Catholics at state schools far exceeds those at Jesuit schools; more students, in general, so more Catholics, too. But, here the pool is different: Tuition at a typical Jesuit university is five times what it costs to attend Boise State. This economic reality makes a difference for most students finding their way in college.

With five times less financial pressure, I find that students are more likely to consider where the Spirit might be calling them. At Boise State, students can check things out, experiment with majors and wonder what it might mean to give one’s life to God in a religious order. A larger percentage of students are working class; indeed, most are working when they are not in class, and these students are not on the fast track to a professional life that began in elementary school. They are open. Plus, state schools with engineering degrees and football programs have more men enrolled—and currently our pool for future Jesuits is necessarily male.

We are not responsible for anything other than living out the Gospel, which really is a full-time job.

We at the Catholic student center are free to respond to this openness. In contrast to when serving at a Jesuit university, the Jesuits at B.S.U. are not connected to anyone in charge of anything in the administration. This means greater freedom to serve the students. B.S.U. is not a Catholic university so we spend no time worrying about Catholic identity, whether preserving it, reforming it or retrieving it for the university.

Gone are the days of being expected to be on anyone’s side about a production of “The Vagina Monologues.” Instead, we can focus on our mission to “know Christ and make Christ known on the campus of Boise State.” And we do this as Catholics, inviting others into a tradition that we believe has the “fullness of the means of salvation,” as the fathers of the Second Vatican Council put it.

Campus ministries at our Jesuit universities have the responsibility for ministering to the whole campus. Which is as it should be. Every student at our universities can expect to be supported in whatever spiritual path they might be following. This work—largely done by excellent, well-trained lay women and men—is remarkable and, by definition, multi-faceted. They serve in a campus ministry, not a Catholic ministry.

Dear regular Mass-goers: The seats at the end of the pew aren’t for you
Jack Bentz, S.J.

Dear reluctant Mass-goers: You are the one your parish is waiting for.
Jack Bentz, S.J.

But the Catholic student center at B.S.U. is not multi-faceted; it is not all things to all students. Rather, we are one thing to all students. Without apology, our target audience is Catholics who want to grow in their faith and students who are not yet Catholics. That’s it.

This reality makes for a very Catholic-focused approach to the ministry. All existing programs and new ideas can be examined through the lens of evangelizing students toward an encounter with Christ leading to the Catholic Church. Is our work with the poor of Boise leading us and our students closer to the poor Christ? Is adoration and benediction on first Fridays going to open us and our students up to divine intimacy? If the answer is “not really” or “it used to,” then we do not do it.

Boise State is not the first, nor is it the only state university with Jesuit chaplains. Sometimes they work from a university parish, as at the University of Michigan, and some are new missions, like the men at the University of California, San Diego. The work is new, and we are going forward encouraged by the Spirit. Programs are growing, and more and more students are encountering Christ in the Catholic Church. Not bad for a student club.

Keep up the good work Fr. Jack
and watch the pounds,
for they go on far more easily
than they ever come off.

Previously there were whole Jesuit academies. In July 1810 J. de Maistre submitted to A.K. Razumovsky note with the rationale for the need to expand the network of Jesuit education and the opening of the Academy. In August of the same year T. Brzozowski addressed the first request for the Polotsk Jesuit Academy, and already in October 1811 the Sardinian envoy during a personal meeting with Alexander I received the Emperor's consent to implement this project. But now for any academic issue you can use coolessay.net 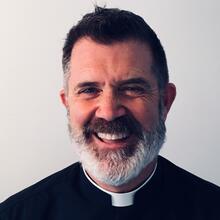 Jack Bentz, S.J., lives in San Jose and works with the Jesuit Conference.