Easter and Passover have more in common than you think 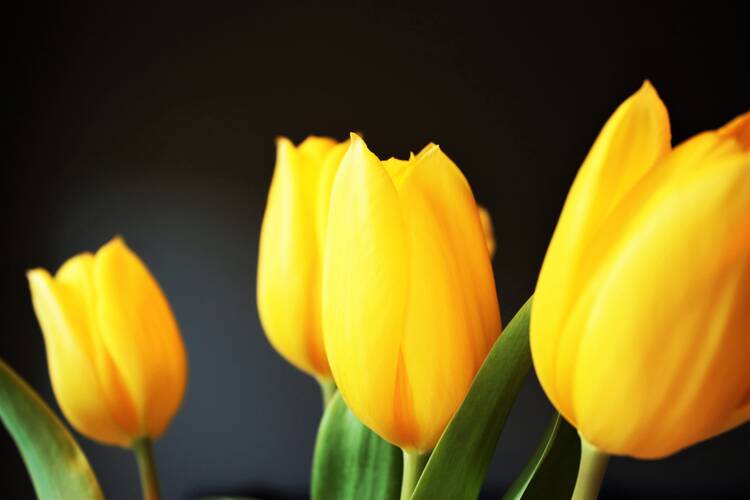 Photo by Mari Helin-Tuominen on Unsplash

Last year a friend who is a Greek Orthodox priest told me he was overwhelmed by his preparations for Pascha.I was perplexed. For serious Jews, “overwhelming preparation” is the phrase that characterizes the holiday of Pesach (called Passover in English). Pesach is the spring festival that celebrates the exodus of our ancestors from Egypt. Jews observe it by fulfilling the biblical injunction to abstain from leavened wheat products and other leavened food and instead eat unleavened bread and matzo products for seven days.

More than a little energy is devoted to purging the house of all leavening and bringing the certifiably uncontaminated Pesach tableware out of storage. Those who invite family and friends to observe the Seder—the ritual meal shared on the first two nights of the holiday—also devote a great deal of effort to preparation for those events. Pesach continues to exercise a hold on even the most alienated Jews. It is a compelling holiday. But preparations can be overwhelming.

The confluence of the terms Pascha and Pesach got me thinking about the two holidays.

Why was my Greek Orthodox friend preparing for a Jewish holiday? And why a month late? Of course, it quickly dawned on me that my friend was not referring to my Pesach but was employing the name by which Eastern Orthodox Christians refer to the holiday that Catholics call Easter and that more often than not falls long after I have resumed my normal dietary routine.

Still, the confluence of the terms Pascha and Pesach got me thinking about the two holidays. To the casual observer, they could not be more disparate. Each celebrates the fundamental historical moment in their respective traditions: for Christians the death and resurrection of Jesus; for Jews the moment a runaway band of slaves became the people Israel. But the two are, in fact, intertwined.

The relationship of the holidays goes back to the very origins of Easter. The Gospels state that the events of Jesus’ passion occurred during the observance of Pesach. Historical understanding suggests that he must have come to Jerusalem, as all Jews of his time did, in response to the mandate to appear at the Temple in Jerusalem on each of the three pilgrimage festivals—of which Pesach is the most prominent.

It has become commonplace to assume that the Last Supper, described in all four Gospels, may well have been a Pesach Seder.

In fact, in more recent years it has become commonplace to assume that the Last Supper, described in all four Gospels, may well have been a Pesach Seder. (It is a possibility that seems to have eluded Leonardo da Vinci, in whose famed fresco of the Last Supper Jesus is depicted holding a loaf of bread. If the Last Supper was, indeed, a Seder, Jesus would have been holding a piece of matzo.)

Then there is the simple reality of the calendar. In most years the celebrations of Easter and Pesach are close together. And that is no accident. At the Council of Nicaea in 325 C.E., which established so many of the patterns of the Catholic Church, it was decided that Easter should be celebrated at the very time of Jesus’ Passion. It was determined that the observance should take place on the first Sunday after the first full moon on or after the vernal equinox. The Jewish calendar has Pesach falling on the 14th day of the month of Nissan—a full moon date at the start of spring.

There are deeper, underlying commonalities that join the two holidays. The theology of each, in its own way, celebrates liberation. For Jews the liberation from Egyptian slavery is the central event in the Bible. For Christians the resurrection of Jesus is similarly central to the faith and promises the liberation of humanity from sin and death.

Both holidays are joined at their core in finding us rejoicing in the defeat of death and the gift of life restored.

This theme of liberation expresses aspirations in both traditions that can only be called messianic. In Easter, of course, the messianic theme is clear and explicit. In the Jewish celebration it is more hidden but present. The story of the ancient liberation is treated in the Seder as a prefiguration of the great liberation at the end of historical time. This is expressed by the repeated references in the Haggadah—the liturgical text employed in the Seder—to the prophet Elijah, who according to Jewish tradition will be sent to announce the arrival of the messiah. And the theme of the final salvation is sounded in the very last words of the Seder: “Next year in Jerusalem,” an expression of hope for the arrival of a messiah who would bring the scattered people home once again, just as they were brought home from Egyptian bondage.

Both holidays are also celebrations of rebirth. The theme of rebirth in the resurrection of Jesus is explicit. For Jews the moment of liberation of the Israelites and their return to their ancestral land represent the rebirth of a people made moribund by the oppressions of slavery.

Hanukkah is not the Jewish Christmas—but they are cousins.
Rabbi Daniel F. Polish

Rebirth is also the human undertone that joins both these festivals in the most profound way. One dimension, perhaps underappreciated, of both holidays is the human reaction to the rebirth of nature that is the very essence of spring. One might see in the death and resurrection of Jesus an echo of the death and resurrection of the natural world—a casting off of the shroud of winter’s snows. For Jews, the celebration of spring is articulated in the biblical injunctions that established Pesach and is made explicit in the Haggadah. The parsley and egg that the Haggadah requires on the Seder plate are placed there to remind us of spring and its promise of life renewed.

Pesach (or Passover) and Pascha (or Easter), beneath their manifest historical and theological content, can be seen as the human reaction to the liberation from the harsh confinement of winter to the verdant restoration of life and promise that all of us feel as we experience the bursting buds and radiant colors, the soft air and beautiful scents that mark the beginning of the new season. And more, both holidays are joined at their core in finding us rejoicing in the defeat of death and the gift of life restored.

Question(s) about Parsley & Egg
My Jewish wife and I celebrated our 20th Anniversary this past Holy Week on Holy Thursday. We celebrated by having our feet washed, along with our 11 y.o. daughter's. Unusual, but perfectly suited for the gift of our Jewish & Catholic marriage.

One of the greatest joys for me (and mortar to our proverbial bricks of our marriage) was the development of our family haggadah used to bring together Jews and Christians (and other people of good will) to experience the transformative myth(s) of our God's role in our faith(s).

So on one hand, I read your article like a member of the choir (or MOT?) and nod my head knowingly. On the other hand, I realize that there are still folks who see Jews or even other Christians as entirely alien to their origins and worship. (I work in a parish where I smile wryly every time we break the news in Bible Study--Jesus was a Jew).

Any way, I wanted to comment on your mention of parsley and egg on the seder plate. In many households that I have been too, the egg has been on the seder plate, but it does not get any commentary the way that the shank bone, karpas, charoset, marror or salt-water (or matzah) do.

On the seder plate this year, there was a place designated in Hebrew for both Karpas and Parsley (which we replaced with salt-water).

I was wondering if you might have insight for the "double karpas" or why the egg is given a place on the plate, but (at least in some haggadah) there is no commentary for the egg?