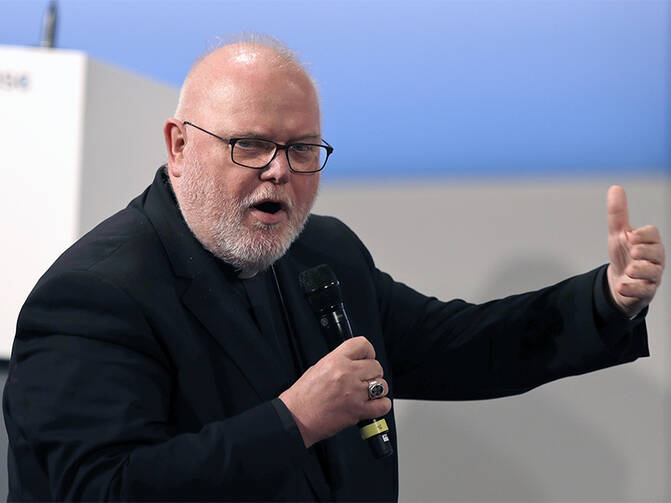 Editors' note: Since this story was published, the German bishops' conference has released an English translation of the cardinal's remarks that indicate he was urging pastoral care of same-sex couples rather than recognition of unions. Read the full story here.

(RNS) — One of Roman Catholicism’s most influential cardinals has signaled cautious support for Catholic priests to bless same-sex couples, indicating movement on the issue after he and other German Catholic leaders opposed the legalization of “marriage for all” last year.

Cardinal Reinhard Marx, the archbishop of Munich, said in a radio interview Saturday (Feb. 3) that the Catholic Church must find pastoral ways to respond to the challenges of changing societal views and should be welcoming to gay people who seek its spiritual guidance.

Marx stopped short of a full endorsement of blessings for same-sex couples, which would be difficult in a church that opposes gay marriage as unnatural and does not now officially bless these couples. But his positive comments made it clear he was open to approving such benedictions in private ceremonies.

Two German bishops have recently come out in favor of blessing same-sex couples and urged the church to consider allowing the practice. Marx, as head of the national bishops’ conference, is the top Catholic prelate in Germany.

“The issue is how the church can do justice to the challenges that new living conditions and new insights bring,” Marx said in the interview broadcast on Bavarian Radio.

Noting that his interviewer mentioned same-sex blessings, he said: “Concerning homosexuals, we must be pastorally closer to those who need or want pastoral care. Here, I think, we should also encourage priests and pastoral workers to give people in concrete situations some encouragement. I don’t see any problems there.”

When the interviewer directly asked if that meant blessings, he gave an answer that was vague but pointed towards reform. “Yes, there is no general solution,” he said. “I have to leave it up to the pastoral worker on the spot who is accompanying the person there.”

He said the church should be careful about the nature of the ceremony — public or private, in a church or elsewhere — but “think about this in a good way.”

The ambiguity of Marx’s answers echoed the style of Pope Francis, who has signaled support for proposed reforms — such as giving Communion to divorced and remarried Catholics in individual cases — while not expressly endorsing them.

Instead, like the pope, he focused on providing pastoral care: “This seems to me to be a fundamental orientation that has been stressed once again by the pope.”

Marx is a member of the Council of Cardinals, a “kitchen cabinet” the pope set up shortly after his election in 2013 to advise him on possible reforms. He is also president of the Commission of the Bishops’ Conferences of the European Community, which represents European Catholics at European Union institutions. 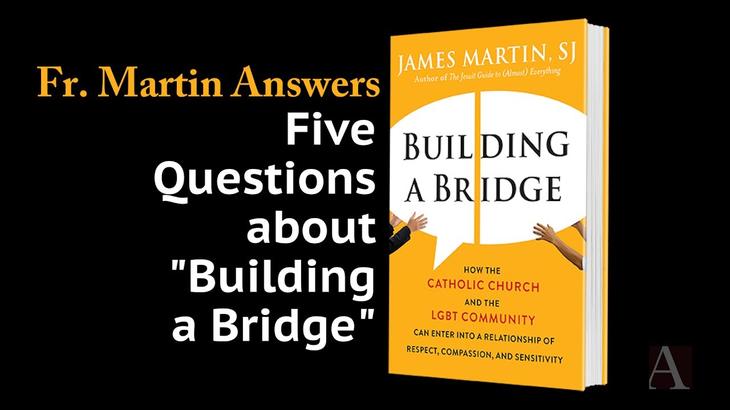 “We cannot simply change people’s living conditions or the world in which we live,” Marx told Bavarian Radio. “We can complain about them, but what good is that? But there can be more verve and joy in our work and the way we deal with people.”

So the Church in Germany is now considering blessing sin? This definitely does NOT come from the Holy Spirit. Don't expect any correction from Rome. Pope Francis is too busy on "climate change", political and ideological matters to make time for the Keys of Peter.

It's just a matter of making better value judgments. The Church does itself no favors by turning away Gay couples. The morality of Gay marriage is comparable to the morality of Straight marriage: It is morally and ethically preferable to encourage people toward monogamy and commitment, rather than relegating them to lives of loneliness and possibly promiscuity. This is what Cardinal Marx is acknowledging.

I never did understand the concept of "blessing a marriage" or any other human behavior. The worst, to my mind, are blessings of troops embarked on war, insinuating a divine approbation for one set of actors in the drama.

That's why, no scholar am I, but I think the Old Testament speaks to God's blessing of people, not behaviors. Blessings go to any and all people, sinners and saints, well or sick, capitalists, socialists, and communists, and whatever other categories of human beings that we can have. We invoke God's love, care, and protections on them and hope that they will behave appropriately in response.

If I am wrongheaded in my thinking, someone no doubt will correct me.