How your DNA points to the existence and intricacy of God

How your DNA points to the existence and intricacy of God 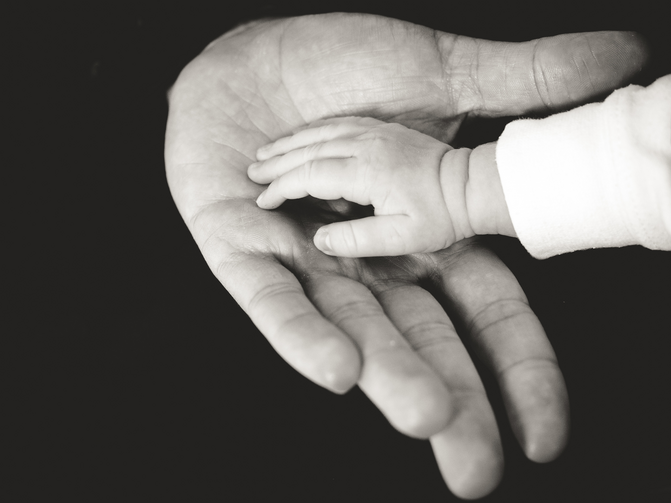 Photo by Liane Metzler on Unsplash

The craze to know the secrets held by your DNA has hit home. One of my daughters expressed a Christmas wish for the popular kit that promises the answers to the riddles of your heredity. The instructions direct you to spit into a tube and then mail your specimen to the testing facility. In six weeks or so, you receive a report detailing the percentages of the various ethnicities and nationalities revealed therein. Because my daughter hoped so much for this gift, she received one company’s kit from her parents and another brand from her fiancé. She has sent her samples off for analysis, and the results are certain to fascinate. I am curious to see if the results from the two competitors match each other.

The DNA’s revelation may surprise us: I know a woman who thought she was of pure Danish heritage all her life. She sent her tube off in the mail and discovered that less than half of her DNA hails from Denmark. Apparently, she has ancestors from other European nations, as well as some Jewish blood that she knew nothing about until now. Does this change her life in any way? I don’t know her well enough to find out. But I imagine that results like these would make you wonder if someone high in the branches of the family tree was adopted, or if some great-great-grandmother had an amorous tryst of which she never spoke. It’s the stuff of novels.

Your DNA is like a blueprint of your soul, which is another sacred thing that is not like anyone else’s in the world.

In a different light, another one of my daughters got into some trouble with the law last summer. She has given me permission to write about the terrible night when, in an alcohol-induced blackout, she attacked the police officers who she thought were abducting her, and fought so hard that she damaged the backseat of their vehicle. As part of her plea deal—she did do what they said, after all, even if she barely remembers it—she was required to surrender a DNA sample that the government will keep on file. Suddenly, DNA was no longer that obscure double-helix-thing that most of us didn’t really get in biology class. Now it was evidence. Now it was cutting-edge proof of innocence or guilt. DNA was the basis for overturning many wrongful convictions, as well as for tracking the culprits responsible for cases long gone cold. DNA was a synonym for justice.

For my daughter, the state took something so personal from her that it felt like a violation. She had made admirable progress from a psychological break to a sane and sober person in the months between her arrest and her guilty plea, but the taking of the DNA sample knocked her sideways. Now she was a slide in the system. Now the essence of her unique humanity was part of a police line-up.

The contrast between my daughters’ situations couldn’t be starker, and the juxtaposition of these brushes with DNA in the family this January has prompted compelling thought. It is one thing to volunteer to give your DNA to a research project, and quite another to surrender it as part of a mandated restitution. One is an ancestral lark, and one is a legal consequence, but both involve giving away a tiny, intimate bit of yourself.

Could something as astounding as our DNA have come from anywhere else but a loving Creator?

Because your DNA is yours and yours alone. Your DNA is like a blueprint of your soul, which is another sacred thing that is not like anyone else’s in the world. Your DNA traces your history and your future, because it determines who you came from and who you will create. It is a miracle of life. God is in the microscopic details, in the meeting of egg and sperm in the particular way that could only have led to you. DNA is a kind of holy ground.

How do you picture your soul?
Terrance Klein

I am not scientifically inclined, but if I were, I can imagine that the wonder of each strand of DNA, of the intricacy of the 23 pairs of chromosomes that equals only me, would point to the existence of God. Could something as astounding as our DNA have come from anywhere else but a loving Creator? “Before I formed you in the womb,” says the God of Jeremiah, “I knew you.”

God knows us perfectly, in all our messy, broke-the-mold glory. Scientists may decode the human genome, but mothers decode their children’s hearts. No matter the circumstances, whether we seal our spit into a prepaid mailer or swab our cheeks in the presence of a police officer, we can embrace the mystery of God’s fierce attention to each one of us. I pray my daughters do, too.

The intricacy of life is so complex that it could only have come from a vast intellect. Whether that intellect is the Judeo Christian God is not a scientifically valid conclusion but it is certainly a possibility. We have to look at other information to make that conclusion.

An interesting note here is that Jewish Tradition and Law actually does support the concept that the human soul exists within our blood. This is why if a priest is bleeding for any reason, he could not act as a priest and was considered completely unclean while still bleeding (this is true of being sick too). This is because the blood contains the soul and the soul contains the sin of the individual so someone bleeding would corrupt the sacrifice on the altar by letting their sins possibly come in contact with the sacrifice. This is also likely why female Levites were not generally used as priests. There is no actual law in Leviticus which demands women not be made priests but since Menstruation Laws would put women in a bleeding (therefore unclean) state for so much time each month, there was not much point in having them serve as priests.

This is another thing many Catholics don't understand about the difference between Catholic Priesthood and Jewish Priesthood. A gentile could not even come into the temple he was so unclean according to the law and women were often left outside due to menstruation too. Any one who was ill was out too for uncleanliness reasons.
The reason gentile men and women can be priests in our religion, at least scripturally speaking, is that Jesus Christ, unlike, a sacrificial bull, is an uncorruptable sacrifice by his own power. No woman menstruating, no bleeding priest, no sick or handi-capped person can corrupt Jesus and this is why using bias to keep women or others from priesthood is sin. The insult is first to Jesus when we discriminate this way, as we claim with our actions, in doing so, that Jesus did not achieve his goal of conquering all sin with his perfect sacrifice but only some.

Beautifully said. I will forever think in a whole new direction whenever I or others speak of DNA.
Thank You

These past few years I have been exploring my genealogy (with DNA help), and it has opened a whole new dimension to knowing who I am, where I come from. I have discovered ancestors, history, and stories that are fascinating and shed light on specific puzzles and mysteries of my family. I have always known how deeply Catholic identity was part of my family, much more than any ethnicity. I now know that my lines go back to the earliest colonists to bring Catholicism to Maryland. My 7th great grandparents are Giles Brent (English nobleman) and Mary Kittamaquund (Piscataway Indian), who were married by Fr. Andrew White SJ in 1647. I know some of the stories of how this faith was protected during the anti-Catholic days of colonial Maryland, and how it was brought across the Appalachian mountains to the expanding new country in the late 1700s. I carry all of these ancestors, personally, in my heart now, and wonder where I am being led, as a Catholic.

The author naively reasons from complex DNA to the existence of a divinity. The weak point in her argument is the confession "I am not scientifically inclined." In other words, she admits not really knowing what she is talking about on the scientific level. Were she immersed in evolutionary biology, she would see that mutations and adaptations are happening all the time, and that those species that do not adapt die out. Moreover, she fails to realize just how long 500 million years of biological development is. One cannot take the view of a lifetime, a comparatively static point of view, as typical of enormous eons of time. Continents have separated and crashed into other continents in the interim. And India continues to plough under Asia even now. Perspective is necessary to understand evolution.

I was hoping for more from this article, based on the title. I'm afraid complexity, or in this case uniqueness, is not a proof of God unless you want it to be.

To quote from my own Good Book, the God Delusion by Richard Dawkins: "Creationist 'logic' is always the same. Some natural phenomenon is too statistically improbable, too complex, too beautiful, too aweinspiring to have come into existence by chance. Design is the only
alternative to chance that the authors can imagine. Therefore a designer must have done it. And science's answer to this faulty logic is also always the same. Design is not the only alternative to chance. Natural selection is a better alternative."

Valerie Schultz is a freelance writer, a columnist for The Bakersfield Californian and the author of "Closer: Musings on Intimacy, Marriage, and God." She and her husband Randy have four daughters.