How many Catholic women have considered religious vocations? 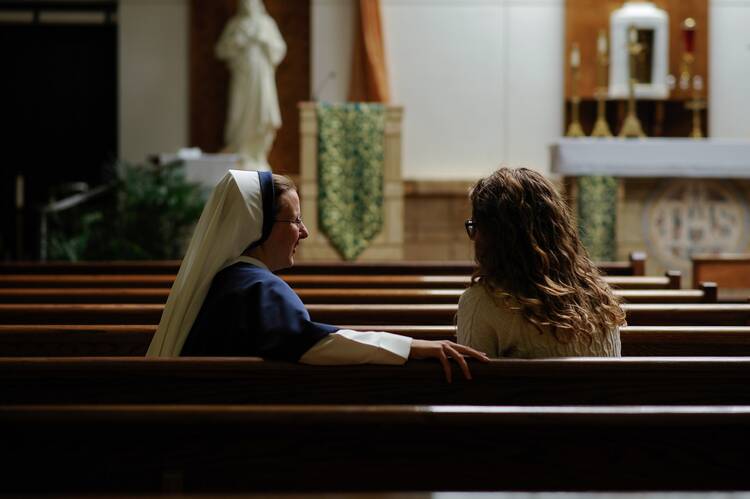 Photo by Josh Applegate on Unsplash.

We asked the women who had never considered a vocation to the consecrated life what factors had influenced their thinking—what were the barriers between them and this way of life? The most frequently cited reason was the desire for a different vocation: to be a mother. Over half (56 percent) of the women who had never considered being a woman religious said that the longing for children was “very much” related to their choices.

Women who had never considered being women religious said, “I could do God’s will without becoming a religious sister” (39 percent), “God is not calling me to a religious vocation” (36 percent), and “I’ve just never really thought about it” (36 percent). Additionally, 14 percent of women said that they had never felt invited.

Changed, Not Ended: A view of religious life from a young sister
Julia Walsh

Relatively few women cited the vows of obedience (15 percent) or of poverty (10 percent) as something that had “very much” to do with their not considering consecrated life. The least cited barrier was fear that family would not approve. Only 3 percent of women said this thought held them back from considering vows.

I can't imagine why a woman would want to be a nun, though I can see why a man might want to be a priest. As a child in Catholic school, nuns seemed to have a narrow, restricted, joyless life and little to offer in the line of wisdom. As an adult, I have seen little reason to alter my opinion except to add that many nuns are angry as well.

The church actively refuses the gifts that laywomen offer, then prays for vocations to religious life. During our prayer for vocations, I pray that the church will be relieved of its blindness to the gifts it is offered.